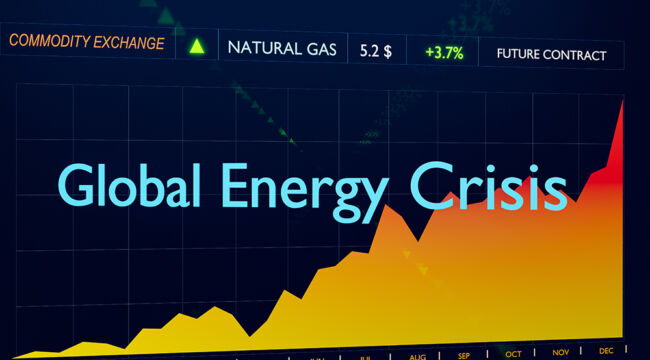 It’s Worse Than You Think

Fatih Birol is the executive director of the International Energy Agency (IEA). He’s a doctorate-level engineer with a strong background in energy, power systems and energy economics.

He has followed global energy markets for about 30 years and is worried that:

The world has never witnessed such a major energy crisis in terms of its depth and its complexity. I believe we might not have seen the worst of it yet.

There’s no good news at all in those two sentences. And again, this isn’t just some barstool rant from a guy who’s annoyed by high prices at the fuel pump. Birol actually holds relevant science and engineering qualifications and has deep experience in the field. He knows what he’s talking about.

Much of the problem goes back to long-term underinvestment by the global fossil fuel industry in upstream exploration and discovery. In other words, for about a decade, not enough money has gone into exploration, particularly geophysics, drilling and discovery.

Plus, you have to add in chronic, long-term undercapitalization of what’s called midstream and downstream energy development. That is, there’s not enough investment in oilfield production, pipelines, tankers, refining capacity and storage.

And I’ll add, just for the sake of completeness, there’s a serious shortage of young people in the West who enter into the energy field (definitely the oil and natural gas side of things). It’s reflected in shrinking faculties at colleges and universities that formerly offered such programs.

Looking back, it’s no overstatement to say that the investment side of the global energy industry began to fracture during the 2008-09 crash. And it’s also fair to say that, for numerous reasons, the sector never properly righted itself in the past dozen years and more.

Energy powers the economy, of course. But finance tends to steer the ship. So let’s begin with the financial side, rooted in zero interest rates (and for a long stretch, even negative real interest rates) for much of the past decade.

Low/negative interest rates may have benefitted big banks, but those same low rates badly distorted capital flows in energy. In other words, when you don’t know what money is worth — via interest rates — it’s hard to place a proper value on long-term capital investment. And most serious, large-scale energy projects are long-term, multi-decade plays.

In the North American oil and gas patch, those low rates of the 2010s tended to favor relatively fast-execution, low-risk ideas like fracking. Thus in the U.S., fracking became the predominant, onshore fossil fuel effort in the past decade.

Stated another way, most new U.S. oil and gas wells have been fracked wells. Yes, fracking has delivered oil and gas, literally millions of barrels per day. But for the most part, those molecules came from wells with steep decline rates. The result was an expensive, not-very-profitable industrial treadmill of drillfrack-produce/drill-frack-produce.

Companies had to sprint to drill and stay ahead of the decline curves. Elsewhere in the world, many large oil companies — especially Europe-based ones like BP, Shell, Total and more — actually pulled back from hydrocarbon exploration and discovery in the past 12 years.

Reasons ranged from uncertainty over prices to political risk, to the fast-growing Western cultural sentiment against that horrible demon “carbon!”

The result is that there’s now significantly less incentive for serious players to invest long-term capital into oil and gas projects that may be illegal and outlawed in just a few short years. The bottom line is, the world has underinvested in energy for many years. It’s now a deep, complex problem and we have not seen the worst of it yet.

It’s not possible to reverse any of this overnight.

The oil you burn today in 2022 may have been discovered in the 1960s, 70s or 80s. And it may have been refined in a facility built in the 1950s, if not the 1920s. But now after a decade of underinvestment and neglect, it’s more than clear that the world has insufficient new barrels from recent discoveries.

All of this helps explain why, for example, Western sanctions on Russia over its Ukraine military operation have failed spectacularly and all but blown back into the eyeballs of Europe and the U.S.

That is, up until early 2022 (pre-Ukraine ops) Russia was a key supplier to the West of what are called marginal barrels. Russia’s exports of crude oil and refined products kept prices under relative control and offered assured supply and predictable costs. But not anymore, which is a big part of why pump prices are expensive and likely going higher (after midterm elections, I suspect they’ll go higher).

For over 170 years, the world has been building out on fossil fuels, specifically oil and gas. And despite what the green crowd will tell you, there’s no plausible way that wind and solar are ready to pick up the slack. The world needs oil and gas, period.

So when Fatih Birol says that the world has never witnessed “such a major energy crisis” as is currently ongoing, and that “we might not have seen the worst of it yet,” it’s time to pay attention.

Because he’s putting his finger on an economy-busting problem, and there’s much at risk in all of this. As an individual, there’s not much one can do to change the direction of world events. But still, you need to understand what you see, and discern the truth through the smoke and mirrors of our lying mainstream media.

What about the shorter-term investing angle?

Big money and bigshot policymakers are driving the program and we mere mortals tend to be locked out of the control room. But as an investor, it’s clear that one strong place to be is in solid, well run energy plays. You should look for oil and gas plays, as well as refiners.

Of course, much of the sector is already bid up based on events, so I’m not banging the table to urge a buy. Prudence dictates caution at this stage. And sometimes the best thing is just to hold cash.

If there’s a market pullback this fall — which usually happens about this time of year — it’s your chance to dive into the energy space. As fall turns into winter, we’re going to see energy issues magnify. That means we’re looking at shortages and higher prices.

I advise you to figure it out, get ready, and strap in for a wild ride.