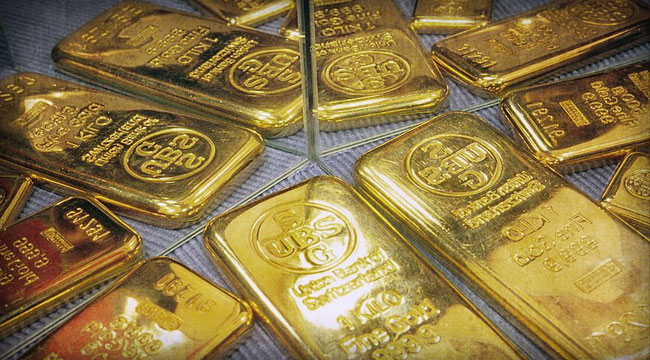 Infographic: Everything You Need to Know About the Swiss Gold Referendum

Since the end of September we’ve been discussing the importance of the Swiss Gold Referendum (set to be voted on this Sunday, Nov. 30). Everyone from Dr. Ron Paul to investment strategist Grant Williams to our own Jim Rickards has weighed in on this upcoming vote and the implications it holds. Jim even thinks it could be one of the many “snowflakes” that triggers the biggest financial crisis the U.S. has ever seen.

So, in light of the vote this Sunday, we thought we’d share this informative infographic, courtesy of visualcapitalist.com and presented by Gainsville Coins:

On Nov. 30, Swiss nationals head to the polls on three separate issues: abolishing a flat tax on resident, non-working foreigners, an immigration cap, and a proposal on Swiss gold reserves.

At Visual Capitalist, the one we are most interested in is the latter section of the ballot, and today’s infographic sums up everything you need to know about the upcoming Swiss gold referendum.

The referendum, if passed, will mean that (1) The Swiss National Bank must hold 20% of all assets as gold, (2) Switzerland will repatriate the 30% of their gold held abroad by England and Canada, and (3) Switzerland may no longer sell any gold they accumulate.

In the most recent polling, 38% of respondents supported the initiative, 47% were against, and 15% were undecided. The poll has a 3% margin of error as well. While support is down from the previous poll, anything is still possible on November 30th.

Switzerland currently holds 1,040 tonnes, or 7.7% of its reserves in gold. The country actually holds the highest amount of gold per capita (4.09 oz per citizen). However, it used to be an even bigger holder of the yellow metal. In 2000, the SNB held 2,500 tonnes of gold and it has also been the biggest national seller since.

The implications of the vote are huge. With a “yes”, the SNB would have to purchase at least 1,500 tonnes of gold to meet the 20% threshold for 2019. That’s about half the world’s annual production. It would also put Switzerland back in the top three for most gold holdings worldwide.