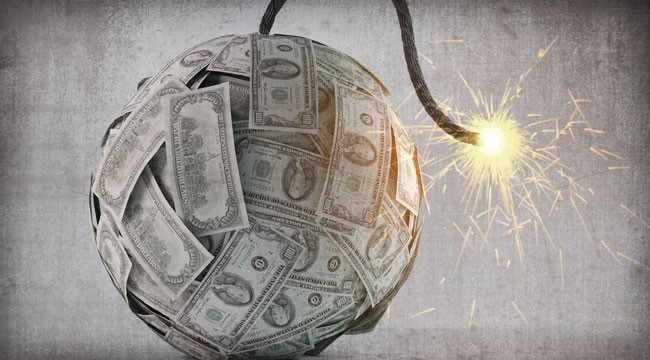 How Governments Can Kill Cash

It’s almost as if someone hit the “start” button right around April 11 (the beginning of IMF Spring Meeting week), and the elites have been cranking out the inflation plans ever since.

Of course, inflation is just one part of the global elite plan. There’s a lot else going on that is aimed at destroying your wealth to solve the global debt problem.

We write about these developments in issues of Strategic Intelligence. Here’s a quick overview to give you the picture.

The inflation plans described above may take a few years to implement. The elites are discussing them now to condition the intellectual environment for action later. Still, developments such as actual changes in fiscal deficits and issuance of more special drawing rights (SDRs) will take time.

The second thrust is to eliminate large-denomination banknotes. The U.S. got rid of its $500 note in 1969, and the $100 note has lost 85% of its purchasing power since then. With a little more inflation, the $100 bill will be reduced to chump change.

The war on cash is old news, but there are new developments. On Wednesday, May 4, 2016, the European Central Bank announced that they were discontinuing the production of new 500 euro notes (worth about $575 at current exchange rates). Existing 500 euro notes will still be legal tender, but new ones will not be produced.

Another solution to negative interest rates is to buy physical gold. But if the government has a war on cash, can the war on gold be far behind? Probably not.

Guess what? An article on the topic of criminals using gold just appeared on May 5, 2016, in Bloomberg. This is one more reason to get your physical gold now, while you still can.

As if inflation, confiscation, and negative rates weren’t enough, the global elites are coordinating a new plan for global taxation. As usual, there’s a technical name for global taxation so nonelites won’t understand the plan. It’s called base erosion and profit shifting, or “BEPS.”

That’s the global elite plan. World money, world inflation and world taxation, with the IMF as the central bank of the world, and the G-20 Leaders as the Board of Directors. None of this is secret. It’s all hiding in plain sight.