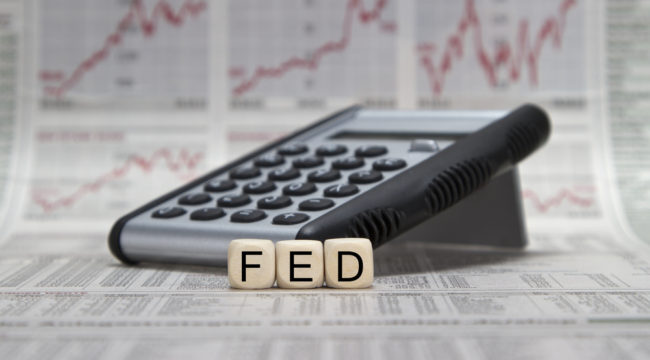 Here’s What the Fed Will Do in June

Bears flee in headlong retreat. Order has returned to the streets…

The Dow rebounded 56 points yesterday after Wednesday’s 373-point insurrection. It’s up another 142 today.

Both the S&P and the Nasdaq steer a parallel course — the S&P’s up another 16 today. The Nasdaq, 29.

It raised rates 0.25% last December… only the second hike in a decade.

Then again this March.

But markets plowed all the way past Dow 21,000… a road paved with promises of  tax cuts, deregulation, infrastructure spending…

But with the latest Washington intrigues — and with none of Trump’s agenda in prospect — does the Fed hazard another hike next month?

Markets gave a June rate hike about a 100% probability just weeks ago.

And after this week’s fun and frolic?

Down, that is… but still likely.

The Fed is still on track to raise interest rates in June. The stock market action Wednesday was no more than a speed bump for the Fed. It will not stop the Fed from moving forward with another 0.25% rate increase.

Jim says the Fed isn’t as mindful of the stock market as most believe.

And if the market kicks up another nasty chop, investors shouldn’t necessarily expect a lifeline from the Eccles Building.

Not long ago, Jim broke bread with the Fed’s No. 2 man, William Dudley.

You might be shocked to learn that Dudley said it’s “not our job” to keep investors in clover.

“While declining stock prices indicate tighter financial conditions,” Jim continues, “they are neither a determinant nor the object of Fed policy.”

How far must stocks tumble before the Fed intervenes?

Ben Bernanke told Jim (Mr. Rickards runs with a fancy crowd) that “the Fed doesn’t care if the stock market goes down 15%.”

But it all depends on context.

Jim told us today that it matters if the decline is orderly or disorderly:

An orderly decline of, say, 10%, over six months is not a big deal. On the other hand, a decline of 7% is three days looks “disorderly” (or scary), and that could cause a pause even though it’s well short of 15%.

What if another “disorderly” decline is on tap?

The Fed’s Jim Bullard — kingpin of the St. Louis branch — suggested today that quantitative easing (QE) is always an option.

But as Jim Rickards argued yesterday, the Fed’s now embarking not on QE but QT — quantitative tightening.

The Fed’s trying to draw down its monstrous $4.5 trillion balance sheet… that was only $800 billion pre-crisis.

In other words, it’s trying to return to “normal.” It’s trying to build enough “dry powder” for the next crisis.

Essentially, the Fed is putting QE in reverse. This is part of the Fed’s effort to get interest rates and its balance sheet back to normal in the aftermath of the 2008 financial crisis.

If the Fed has another go at QE, “normal” will drift further and further into the future.

And who knows if they could ever return?

They’ve pumped up the life raft to keep the system afloat… and now think they can let the air back out.

And the thing won’t sink.

The aforesaid Bill Dudley says QT can be “run in the background” without disrupting markets.

The Fed’s decision not to buy new bonds will be just as much a form of tightening as raising interest rates. How come it’s stimulative when they print money, but it’s not contractionary when they make money disappear? The argument contains a basic contradiction.

The Fed has trapped itself into perpetual manipulation of markets. There’s no escape from this giant experiment in unconventional monetary policy — dreamed up by academics like Ben Bernanke and Janet Yellen, who don’t understand real-world economics.

True, the Ben Bernankes and Janet Yellens of the world might not understand real-world economics.

But the know-nothings are seldom the do-nothings, as someone once said.

And the know-nothings are going to do something… sooner or later.