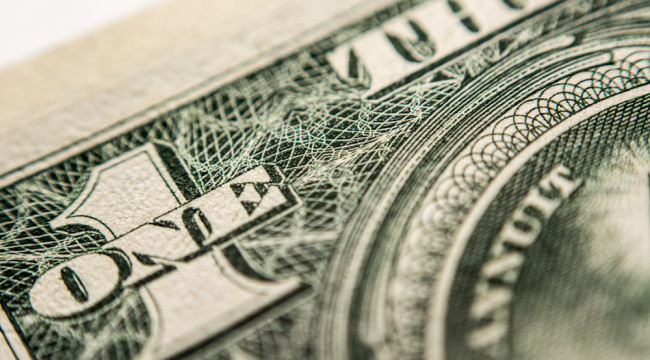 LONDON – We interrupt our series on what to do if you have no money to bring you an update on those who are losing it.

(You can catch up on Parts I and II of that series here and here.)

What was the best place for your money so far in 2015?

Compared to cash, almost everything is down.

We are headed for the worst quarter for stocks since 2011, says the lead story in today’sFinancial Times.

Global stock markets have lost $10 trillion of their value over the last three months.

What? Where did all that paper wealth go?

The old-timers say it went to “money heaven.”

We’re not so sure. But we stop. We stare. We look at it as we would at a corpse. What happened to its life force? Where did it go? Why is it no longer there?

We have no answer. But looking at a stock market sell-off is like standing over an open coffin: We are in awe at the power of the gods to take as well as to give.

They ask no one’s permission. They follow their own playbook (which they never reveal to mortals). And they are as much a law unto themselves as the NSA.

Well… yes… and no. It’s usually a pleasure to welcome a baby, but a funeral can be painful. And every one of those dollars – now headed for heaven or hell – will be missed by someone.

That left the stock market overvalued by about 8,000 points. At least, that is the assessment of billionaire investor and Wall Street legend Carl Icahn.

The current price-earnings ratio for the Dow is 15, he says, and “half of that is bulls**t.”

“Money talks and bulls**t walks,” is the old expression. And sometimes the bulls**t walks out the door… taking the money with it.

That is what has been happening in this quarter.

And not only in the U.S. The biggest losses have been suffered abroad. Japan, for example, deserves special notice.

Our Trade of the Decade Sours

As you might remember, our “Trade of the Decade” was to sell Japanese government bonds (JGBs) and buy Japanese stocks.

After a quarter-century of a bear market, we figured Japanese investors were sure to catch a break. And Japanese bonds had been so overbought for so long, the market in JGBs was bound to run into trouble.

This trade looked pretty good a few weeks ago. Japanese stocks were up almost 20% this year alone in dollar terms.

That was largely thanks to Prime Minister Shinzō Abe’s plan to devalue the yen… one of his so-called Three Arrows. But like all macroeconomic engineering by public officials, the plan soon revealed itself as just more bulls**t.

Instead of stimulating the economy, Abe’s first two arrows – monetary and fiscal easing – struck vital organs, draining away what little life was left.

Japan is now on the verge of a technical recession.

Its economy shrank in the second quarter. And it’s on the verge of repeating the trick in the quarter just ending.

In fact, so disappointing were the results that Abe forgot his third arrow – structural reform – and instead picked up a new quiver with the usual assortment of crooked and twisted policy claptrap.

But the bulls**t walked out the door anyway, with Japanese stocks giving up all this year’s gains. Japan’s economy is shrinking. And deflation came back to life the day after Abe proclaimed it dead.

And now cometh Etsuro Honda, a special advisor to Mr. Abe and often described as an “architect” of Abenomics.

Mr. Honda says it may be premature to say Japan is in recession. Instead, he describes the economy as “static.”

In yesterday’s interview with the Financial Times, Honda took no blame for the slowdown, even though he, as much as any living human being, is clearly responsible for it.

Instead, he proposes to go “full retard,” with even more imbecilic policies.

QE for the People

This, we fear, is not just a freaky sideshow. It is more like the coming attractions.

Japan has led the world for the last three decades – first with an unsustainable bubble economy in the 1980s… then with a meltdown… followed by a long on-again-off-again recession.

The Japanese feds tried every trick in the book to revive the economy – except for the one that would have worked.

The government borrowed and spent (as a percentage of the economy) more than any nation had ever done. And it invented ZIRP and QE as policy tools.

But now it’s become “urgent,” says Honda, to do more.

Hasn’t he done enough already? you may ask.

But no… He now proposes more QQE (for “qualitative and quantitative easing”).

What grotesquerie lies ahead?

Our mouth hangs open. What is this strange beast slouching towards the Eccles Building (the headquarters of the U.S. Fed)…waiting to be born?

The idea behind Japan’s quantitative easing was to INCREASE the quantity of money in the system so as to DECREASE the quality of each unit.

It was expressly meant to devalue the yen so that consumers would want to get rid of their currency faster. QQE makes no sense… even in the perverse terms of modern central bank meddling.

But wait. There’s more. Honda says it will be accompanied by a “supplementary budget, focusing on the real income shortage of mid- and low-income households.”

Right now, this proposed extra spending is being funded out of taxes. But support is growing around the world for such spending to be funded by “People’s QE.”

The idea behind “People’s QE” is that central banks would directly fund government spending… and even inject money directly into household bank accounts, if need be.

And the idea is catching on.

Already the European Central Bank is buying bonds of the European Investment Bank, an E.U. institution that finances infrastructure projects.

And the new leader of Britain’s Labour Party, Jeremy Corbyn, is backing a British version of this scheme.

Ah-ha! That’s the monster coming to towns and villages near you!

Call it “overt monetary financing.” Call it “money from helicopters.” Call in “insane.” But it won’t be unpopular.

Who will protest when the feds begin handing our money to “mid- and low-income households”?

We wait. We watch. We wonder how the Japanese will attempt to bring back to life the economy they have worked so hard to kill.

And now, all over the world, central planners, bankers, and politicians are watching too.

“Where goest the Bank of Japan, there too I shall go,” they tell themselves.