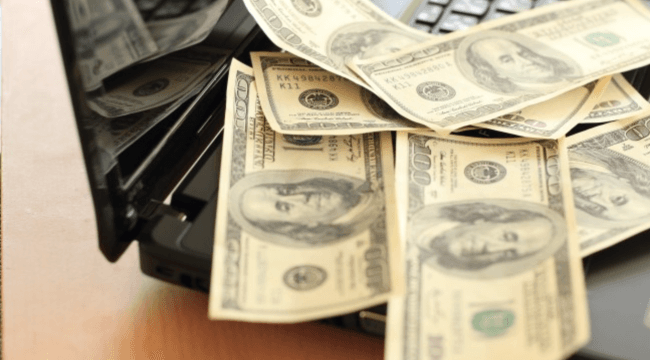 LONDON – Today, we continue our philosophical look at what you should do if you are running out of time and money. (You can catch up on Part I here.)

Where do we begin? With how to add wealth? Or how to lose it?

The way to lose it is simple. You buy something that is not worth the money you paid for it. You are instantly poorer, whether you know it or not.

That is what is happening today to stock market investors. The stocks they bought were not worth the money; now Mr. Market is letting them know.

We don’t know. But our guess is that 10 years from now your stocks will be worth no more than they are today.

A Lehman Moment for Commodities?

The biggest losers yesterday were in the commodities and biotech sectors.

Well, Glencore – one of the world’s largest resource companies – is one of the companies not buying them. Glencore shares have lost 75% of their value so far this year.

If commodities prices stay at these low levels, it could be worth nothing by the end of the year. Glencore could be headed the way of Lehman Brothers…

Biotechs dragged the Nasdaq down yesterday. But the sector is still up more than 425% since 2009. Plenty of room left on the downside, in other words.

Icahn, by the way, seems to have signed on as an advisor to Donald Trump. This is a good thing. The presidential hopeful needs advice.

Trump unveiled his tax plan yesterday. It looked good to us, with a top rate of 25%. You have to give him credit. Few career politicians, aspiring to the Oval Office, would dare a major overhaul of the tax code.

Over the years, every pig in America has muscled up to that trough. A more conventional candidate wouldn’t take them on. But Mr. Trump is refreshingly naïve in many ways.

He often doesn’t know what he’s talking about; he hasn’t been thoroughly coached by the cronies.

But let us turn from how to lose money to how to make it.

We left Paris early this morning. It was still dark. It’s that time of year.

The days grow short… and damp… and dwindle down. The sidewalk was slick with decaying leaves. The hint of approaching death makes the dying autumn days especially rich, like the last bites of a favorite dessert.

But what? Romance? Love?

Pity the poor tin heart – like an empty trash bin – that looked at that full moon lighting up the slate roofs of Paris and wished for money.

But money is our beat at the Diary. We will stick with it.

But money means nothing without philosophy. Beyond what we need to survive, money has no importance.

Is it good? It is bad? It depends.

We need a simple philosophy to make sense of it – to guide us past the Gucci bags… past cable TV… and past the million-euro apartments of the 16th arrondissement.

Not that there is anything wrong with them. But they are expensive.

And if you don’t have money, you need to be able to pass up luxury, gluttony, and self-indulgence with your nose in the air… not with your shoulders bent in defeat and self-disgust.

And for that you need philosophy. Or at least aesthetics.

All people – unless they are saints or mental defectives – want to feel good about themselves. That is their primary aim in life and the only reason they are interested in money (save the minimal amount for survival).

Since we are a competitive species, we feel good about ourselves in direct measure as we feel superior to those around us.

If we are trim, it does no good unless those around us are not. If we are smart, we get no advantage from it unless others are dumb. And if we are rich, it is only meaningful to the extent that others are less rich.

But so clever is our race that we are able to find superiority almost everywhere.

If we are fat, we redefine the corpulent spectrum so that we are “pleasingly plump,” while others are “unhealthy” and “too thin.”

If we are dumb, we focus on our “common sense,” as opposed to the uncommon nonsense of the “pointy-headed intellectuals” (to borrow a phrase from George Wallace).

And what if we have no money?

Then spending money is vulgar, shallow, and pointless!

And one feels superior from who he is, while another measures his stature by who he is not.

But the one who feels superior to them all is the one who owns nothing, knows nothing, and is a complete nobody. He is free from the vanities that clutter others’ lives!

In 10th-century Europe having little became fashionable. People gave up their possessions in search of a life of contemplation.

They wanted to get away from the distractions and temptations of everyday life, so they could live in a purer way… in simplicity and godliness.

So great was the demand for poverty that the monasteries and convents could scarcely keep up with it. They had to build new ones all over the continent.

Our goal will be to live better. We will take as a challenge and a point of pride to do so without spending money.

We will have less, but we will treasure our frugality as a man might value a collection of old cars or well-developed biceps.

Then – as our days decline, our appetite wanes, and our energy subsides with the tide of life – our treasure of nothing increases, for we will need less and less.

A bed. A book. A candle. What more could we want?

Yes, we are talking about a program of radical deprivation and happy pennilessness. Our goal would be to feel superior to rich people… without having any money.

We will wear our newfound love of poverty as a badge of honor… and use it to get rich!

Already, we pity the rich. In our empty coffer, we have the greatest treasure of all – the hope of happiness.

Yes, dear reader: Blessed be the poor. For they enjoy the gift of ignorance. They still believe that they could be happy… if only they had more money!

This, of course, is an illusion that only the poor can afford. Rich people know better. They have too much money. They know it cannot buy them happiness. That’s why the suicide rate in Aspen is three times the national average.

But how lucky are the poor! They still have hope!

They might win the lottery. They might get a raise or a better job. They might inherit money from a rich uncle. Money is always close at hand.

So, happiness must be too… only a funeral or a lottery ticket away.

More to come… including the practicalities.

How DO you get more money?