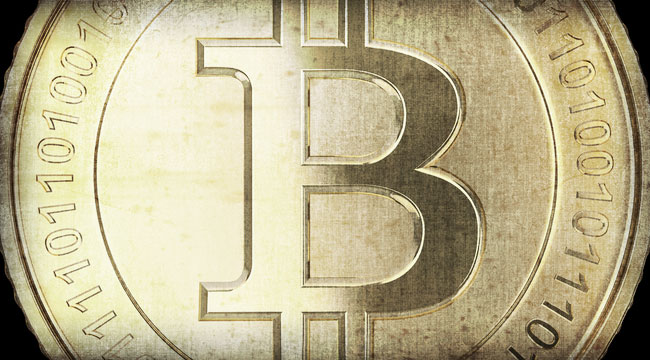 There were no cubicles, no executive suites, and no visible hierarchies of power. It was just a large open room with computers and desks, and at each sat a large monitor in the shape of a medieval triptych: a large screen in the middle, flanked by one on each side.

“Programmers like to have several screens running at once,” explained my tour guide.

My tour didn’t last very long, because the office is surprisingly small.

Despite appearances, this is a room in which history is being pushed forward in ways that no one imagined possible even two years ago.

These are the new offices of BitPay Inc. in Atlanta, Ga. I was there to attend a meetup sponsored by Data Science Atlanta. This meeting just happened to be hosted by BitPay Inc., one of the hottest startups in the crypto-currency world.

Attending the event was an impressive crowd of 150 people, mostly data scientists and code slingers, but also people from the financial industry in Atlanta. They were interested intellectuals and students. Even a Fed economist came. Of course, the entire event was covered in real-time, with digital devices posting images all over the Web as the action was taking place.

The presentations began with an overview of Bitcoin, moved to a history of the company (which was founded only in 2011), went on with some speculation on the future, and ended with questions and answers. The atmosphere was pretty jazzy because the pace of development in recent weeks has sent that signal that there is no stopping this revolution.

BitPay specializes in making it possible for any online merchant to accept Bitcoin without having to become an expert. It has benefited lately from all kinds of new venture capitalist funding, but also from a global broadening of its client base.

Co-founder and CEO Tony Gallippi compared their services to expert installation of home appliances against do-it-yourself projects that take a considerable amount of time and don’t end up working properly.

A peculiar feature of Bitcoin — and a reason why so many people have a hard time wrapping their brains around it — is that it is both a payment system and an emergent money. Those two features are usually separate.

The payment aspects of Bitcoin are the main focus on this company. As Stephen Pair, a co-founder and the CTO, pointed out, Bitcoin is uniquely suited to a digital age. Real property is exchanged, not just a promise to pay, and it is done person to person, without having to go through banks and large institutions. This is crucial for ending the plague of identity theft online. In fact, before I had seen the numbers presented at this event, I had not fully understood what a profound change this really is.

The payment dimension might not seem that important in the United States, but when you broaden the perspective to global commerce, you can easily see it. There are huge swaths of the planet in which you cannot use credit cards at all. Even now, if you try to buy something on Amazon with a home address in one country and a delivery address in another, your transaction is likely to be refused. The anti-fraud measures have been necessary, but they have frustrated the development of the global marketplace.

It was at this point that it finally struck me: This is not a currency only, or even mainly, for the rich tech world; it is a currency for the world’s poor, who are desperately trying to become part of the global division of labor. It allows anyone from anywhere to buy or sell anything securely, privately, and reliably. It suddenly started making sense to me why Bitcoin is so wildly popular in Africa, Latin America, and the outer reaches of the Russian empire.

But even domestically, it is clear that this market is expanding. As of only a few weeks ago, you could pay for anything at hundreds of mainstream merchants with Bitcoin. This is thanks to a deal that BitPay struck with a smartphone application called Gyft. You buy a gift card from Gyft with Bitcoin and the merchant scans the card. The operation takes under a minute.

Personally, it’s fascinating to see this happening. It was only a few months ago that people were saying, “Oh, this stuff can’t really be money because I can’t spend it at Target.” Well, now you can. Where are these doubters now? Are they taking back their previous snark?

The payment system benefits of Bitcoin are clear enough, but there is a much broader vision at work here, one that goes to the heart of the development of money itself. Mr. Pair laid it all out in a presentation on the history of money.

Humankind needs money to facilitate trade, and many goods have served that purpose. At the dawn of modernity in the late Middle Ages, precious metals were universally seen as the best tools for this.

But there was a problem with precious metals. Namely, they are really heavy and not very portable in daily use. Thus did banking institutions come along, and with them paper money. Paper money dominated the world economy until the end of the gold standard in 1971. Since then, argued Pair, money has taken a digital form and is backed solely by debt obligations.

The great innovation of Bitcoin — which Mr. Pair regards not as a digital currency, but rather a crypto-currency — was 20 years in coming. There were many attempts to make a new currency, but they faltered repeatedly because of the problem of double spending. A currency should behave just like the real things that gold and silver are once had.

In a question-and-answer session, there were questions about the deflationary implications of Bitcoin. CEO Tony Gallippi understood immediately what the questioner meant. The usual belief is that a currency rising in value incentivizes hoarding and makes business impossible. He doubted that this was true because his experience so far is that people spend Bitcoin more when the exchange rate value is rising.

For my part, I asked about why Apple’s operating system has been so slow to integrate Bitcoin into its payment apps, and they knew exactly what I meant. In this room full of programmers, there was a widespread groan at the very mention of Apple. Its tendency to roll out only near-perfect software even if it is out-of-date doesn’t sit so well with a crowd that lives on the edge.

I next asked about something I’ve found curious when I use Bitcoin. I begin to think in terms of a new pricing system and sense a real change of psychology. The CFO stood up and made some joking comments about how he looked forward to the day when all companies can keep their books in Bitcoin.

There is something especially dazzling about being around real pioneers of this industry, entrepreneurs who are making it happen. Mr. Gallippi provided some insight into the challenges they face. He said that they worked on the code for their plug-in for a very long time before releasing it. They knew with absolute certainty that the best features of their plug-in would be immediately copied by competitors upon release.

So they prepared to develop and move faster than ever immediately upon release. The first-mover advantage is, indeed, an advantage, but it doesn’t last. You have to “go, go, go, go” — in the Mr. Gallippi’s words — the minute you release.

This insight has some interesting implications for those who say that patents are necessary for enterprise. Actually, patents and other forms of “intellectual property” mostly serve as a license of laziness. Super-competitive businesses know that they can’t rely on them and can’t depend on them at all over the long term, and that the only way to make a market is to work harder, smarter, and more relentlessly than anyone else.

And what are they working toward? The goal is simple: to build a better currency as a means to a better world. There is a beautiful idealism at work here, the kind of thing that people look for from charities and universities. Actually, the world of commerce on this level represents an embodiment of this idealism.

“There are about 25 million IRA accounts in the United States…”