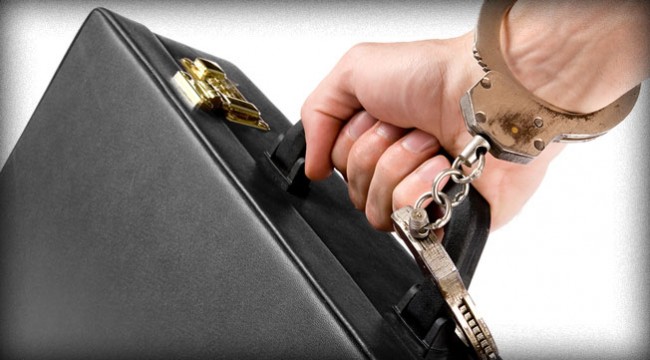 Get Your Assets Out of Dodge, Part I

Louis: Doug, we’re getting a lot of questions from readers on how to follow your advice to diversify assets politically. I know it’s a prickly subject, but what can you tell us about getting our money out from behind the new iron curtain that seems to be descending?

Doug: First — and I can’t stress this enough — you’ve got to accept the grim reality of impending currency controls. The modern era of foreign exchange controls really started with the perversely Orwellian-named Bank Secrecy Act of 1970. For the first time, that made it obligatory for U.S. citizens to report to the government any foreign bank or brokerage accounts they had.

But the threat is older than that, of course, going back to 1933, when Roosevelt confiscated Americans’ gold. Interestingly enough, only gold bullion held by Americans within the United States was confiscated. If you had gold outside the United States, you were insulated.

Louis: I didn’t know that — if history repeats itself, that could be a key tactical factor for our readers to consider.

Doug: Yes. There are no guarantees, of course. Those in government today think they can do absolutely anything they deem necessary and expedient. But at least if it’s out of their physical bailiwick, it improves your odds.

Louis: Why do you think they allowed that exemption last time? I doubt it was because they had any shred of respect for private property — maybe they just recognized that trying to seize gold overseas would be impractical.

Doug: Good question. Well, the 1930s were a different era. Communication, for one thing, was vastly slower and more expensive than it is now. And you have to remember that though we had an income tax in the 1930s — since 1913, actually — very few people were paying it, even among those allegedly legally obligated to pay it. It was hard for the government to find out who they were, and how much they were earning and so on. Even though there were only 140 million people in the country then, the absence of computers and much less centralization made it very hard for Washington to keep tabs on them.

Louis: The income tax really was a voluntary tax back then!

Doug: [Laughs] Much more so than now — it really was a different era. At any rate, based on this history and that the juggernaut is building momentum toward the bottom of the ditch, I have to reiterate my advice on the most important investment decision you can make. And it isn’t one among the different classes of investment; it’s political and geographical diversification. Simply put, that’s because no matter where you live, your government is the greatest threat to your wealth today.

If you’re a high-income earner, the state basically takes 50% of what you earn, and then, from what’s left, you have to pay your real estate taxes, sales taxes and many, many other kinds of taxes. Government is without question the biggest danger to your financial health. You’ve got to diversify your assets so they are not all under any one government’s control.

Louis: You say that in almost every speech you give these days, and you said it in one of our interviews a couple of weeks ago.

Doug: Yes, and it bears repeating constantly. It’s the elephant in the room that very, very few people pay any attention to, and it’s going to stomp most people to death for just that reason.

Louis: OK, so give us a primer. For those who want to avoid getting crushed by the elephant, where do they begin?

Doug: To start with, it makes all the sense in the world to have a foreign bank account. Not a hidden one — I’m not advising anyone to break any laws. You report it on your annual tax filings. So the government will know about it, but if it’s a foreign bank account, they can’t just step in and lock down your assets in an instant.

Louis: Does Canada count as a foreign country for Americans?

Doug: I’ll probably get hate mail for saying so, but it’s important for investors to recognize that Canada is a sort of “USA light.” When Washington says, “Jump!” Ottawa says, “How high?” Nonetheless, if only for the sake of formalities and legal pleasantries, U.S. citizens would have some degree of insulation with a Canadian bank account. And as a general rule, Canadian banks are more solvent than U.S. banks, so setting up a Canadian bank account is an easy first step for many U.S. investors.

Also, I think that having a safe-deposit box in Canada is vastly preferable to having one in the U.S. You probably do remember that when Roosevelt confiscated gold in 1933, he also sealed safe-deposit boxes in all U.S. banks. No American could visit a safe-deposit box for some time without a government agent accompanying him. That could certainly happen again.

And all of this is true in other countries around the world.

But yes, as an easy place to start, Canada is a sort of plain-vanilla jurisdiction that’s worth giving a try.

Louis: So what would be the French vanilla, or even the Baileys Irish Cream jurisdiction? Is there such a thing as a tax haven anywhere in the world anymore? Even the Swiss have caved… I just heard that they just started handing over new account info to U.S. authorities.

Doug: Yes, apparently, there were some 50,000 accounts UBS had, owned by U.S. citizens. UBS, a multinational bank with a very substantial presence in the United States — and, therefore, exposure to extortion by U.S. authorities — was going to hand them all over. The Swiss government stepped in, saying they would prosecute UBS officials if they violated Swiss law by doing that. But the Swiss worked out some sort of compromise with the U.S. authorities, so only about 5,000 accounts are being handed over. On what basis they picked these 5,000 is uncertain.

So the first tax-haven rule is to never go to a place that’s obviously a tax haven. If I were interested in bank privacy, I’d forget about places like the Bahamas or the Caymans. It makes no sense at all today. All those little island republics are totally under the thumb of the U.S. at this point. And they’ve always been infiltrated with stooges. They may have bank secrecy laws, but they don’t have a tradition of privacy like Switzerland has — although that’s no longer what it was.

You’ll recall how the German government bribed a Liechtenstein banker to steal account names and information. The Germans then turned over relevant data to the U.K., U.S. and other governments, who were quite happy to receive stolen goods. And there was about zero protest over the appalling theft. It’s a testimony to how thoughtless and ethically complacent most people are; when a state commits a crime, they just overlook it.