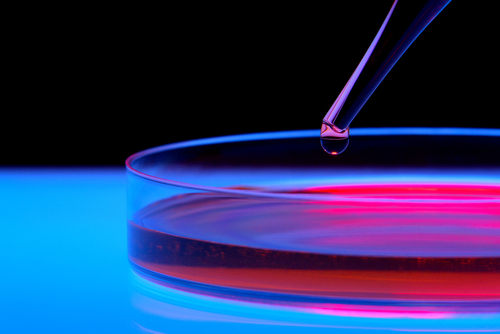 Gambling with the Genome

Question: What’s better for your health, old candy bars or Monsanto’s genetically modified corn? The answer may surprise you. It certainly surprised certain members of the Animal Kingdom.

As the worst drought in half a century ravages this year’s US corn crop and drives prices sky-high, Joseph Watson’s herd of cattle is living the sweet life. Due to the soaring price of corn, the resourceful Kentucky cattleman resorted to feeding his 1,400 cows a diet of second-hand candy, unfit to sell in stores. So if your next filet mignon tastes faintly like a Snickers bar, you know whom to blame.

Watson says the animals haven’t shown any health problems so far and are gaining weight normally. Clearly, nutritionists, dentists and concerned parents all over the world have been wrong all along: candy is just as good as vegetables…and maybe even better in some cases.

Three weeks ago, a team of French scientists linked one of Monsanto’s genetically modified corn to elevated risks of cancer. And this scientific team did not merely discover a link; they published the gruesome photos to back up their claim.

Before moving on, let’s back up a bit. A genetically modified organism (GMO), like the seed indicted in this French study, is an organism whose natural genetic structure has been altered by scientists. The scientists extract genes from the DNA of one species and then force those genes into the genome of an unrelated plant or animal.

In theory, these “modifications” produce organisms that are “new and improved” versions of the original.

Giving credit where credit is due, the folks at Monsanto, Dupont and elsewhere have been at this gene-modification business for such a long time that they’ve created GMOs that can do almost anything: resist drought and flood, repel insects, grow faster and straighter, produce brighter colors, possess a longer shelf life and/or increase nutritional values. But a brighter and straighter vegetable is not necessarily a healthier vegetable. The unintended side-effects of “scientific breakthroughs” often remain hidden for years, sometimes decades.

The human body cannot discern if a gene comes from a “natural” or “engineered” organism. Proteins produced by the GMOs are broken down without distinction by the consumer’s unprejudiced digestive system. Theoretically, therefore, GMOs are harmless. However, some scientists suspect that any change to the DNA of an organism could cause serious side-effects that escape immediate detection.

When foreign genes are inserted, the original structure of the plant genome is modified. That means dormant genes could become active, while the function of other genes could change. As a result, the GMO could assemble new or unknown proteins, such as allergens or toxins, or it could potentially increase or decrease its output of existing proteins. The effects of consuming these new combinations of proteins remain unpredictable.

In other words, the process of transferring genes from the DNA of one species to the DNA of another species is not exactly like taking a page out of one book and putting it in another. Transferring genes between species can also create unintended typos, insertions, deletions and/or scrambled text. Imagine a kitten playing on a computer keyboard.

Therefore, it is entirely possible that Monsanto’s “harmless” new corn seed, NK603, could be quite harmful indeed. Monsanto engineered this corn seed to be resistant to its top brand of herbicide, “Roundup.” According to Monsanto, NK603 is safe and healthy. Lab rats have a different story to tell.

In a study published three weeks ago in the Food and Chemical Toxicology scientific review, Gilles-Eric Seralini of the University of Caen, France, claims that NK603 GMO can cause tumors and organ failure in rats. Seralini’s research team fed rats for two years a diet containing Monsanto’s genetically modified corn. Results: the rats on the GMO diet died earlier than those on a standard diet. The animals on the GMO diet also suffered mammary tumors, as well as severe liver and kidney damage.

After the study’s publication, Monsanto immediately went into spin mode, issuing a press release saying that toxicologists and public health experts had found fundamental problems with the study design. The scientific community has also weighed in on the French study.

Some applauded the research, saying it went further than any other GMO study to date. Others criticized the study’s approach, saying the control groups were too small and the number of rats included was too low, making the results unreliable. Some criticized Seralini for failing to reveal the exact composition of the rats’ diets and said that the complete data from the experiment was not adequately represented in the study. The lack of a proper dose response trial was discussed, and the use of a strain of rats prone to cancer was pointed out…

Despite skepticism, the study has drawn renewed attention to controversy surrounding genetically modified crops. Shortly after the publication of Seralini, the French government ordered its food-safety agency to quickly review the study and threatened to ask the European Commission to ban NK603 imports. Russia has already temporarily suspended sale of the corn seed produced by Monsanto.

The biotech giant is starting to feel the heat in the US as well.

A petition urging the Food and Drug Administration (FDA) to require labeling of GMO products gathered more than one million signatures earlier this year, and a proposition requiring genetically modified foods to be labeled as such will go before voters in California this November. Not surprisingly, Monsanto stands opposed to such a proposal and has contributed $4.2 million to lobby against it. (If Monsanto’s GMO products are so awesome, why wouldn’t it want the “free advertising” that food labeling would provide?)

In the wake of the publication of the Seralini’s study, US activists are gaining momentum and renewing their push for the FDA to review the long-term safety of GMO food prior to its introduction to the food supply.

Meanwhile, Monsanto is trying to remain unfazed. As the severe drought in the U.S. has forced farmers to cut back on corn and cotton seeds, the company disclosed last week a deeper-than-expected fiscal fourth-quarter loss. The company also reduced its earnings forecast for 2013. But Monsanto’s CEO, Hugh Grant, remains very upbeat about the future sales growth of its cutting-edge genetically modified corn and soybean products.

“With more waves of innovation and global opportunities than ever before,” Grant proudly declared, “I’m confident that by building off what we accomplished in 2012 we can achieve steady growth in fiscal year 2013 as we continue to deliver sustainable yield to our farmer customers.”

Monsanto has targeted an annual percentage profit increase of 17% in 2013 as the company raises prices on GMO seeds and expands in Latin America and Eastern Europe. Sales of corn seed engineered to produce insecticide should rise from 36 million to 38 million acres in 2013, from 27 million acres, according to Monsanto. These are very ambitious sales targets for products that purport to be “harmless” to humans, even though they appear to be quite harmful to other mammalian species.

It could take years to determine conclusively whether particular GMOs are, indeed, carcinogenic. Meanwhile, you might want to keep in mind that the GMO products nourishing Monsanto’s sales growth could prove very harmful to the company’s long-term health.

Severine Kirchner,
for The Daily Reckoning