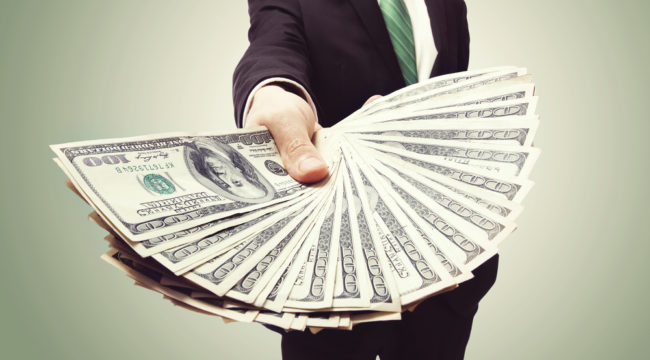 How the Fed’s Rate Decision Can Make You Richer

On Tuesday, he told CNBC that the Federal Reserve would “do the right thing” on interest rates. And it did just that… for his wife.

Don’t kid yourself. As I told you recently, Janet Yellen wasn’t going to raise rates and crash the stock market and economy seven weeks before the presidential election.

She wasn’t going to go down in history as the person responsible for handing the White House to Trump.

How could she explain that to her comrades in arms in the faculty lounge at UC Berkeley?

So interest rates remain pinned to the floor. The markets keep levitating. And the odds of a major conflagration down the road have increased significantly.

Gross thought investors were underestimating the odds of a September rate hike. He believed it was self-evident that the Fed’s roughly decade-long policy of near-zero rates had run its course.

Of course, his point was correct. But he made the crucial mistake of thinking the Fed was guided by data and logic. It’s not. It’s something akin to a sorority.

Gross told CNBC he was so stunned by the Fed’s decision yesterday that he was having trouble speaking. But bless him, he did manage to speak some needed truth:

“After hawkish talk at Jackson Hole from [Fed Chair] Yellen and [Vice Chair] Stan Fischer, who even said there’d be two hikes in 2016, they’ve chosen to defer once more a necessary hike to normalize short-term interest rates and provide savers, in my view, with at least a bit of thin gruel to work with to provide for education, retirement and health-care needs.”

And not only did the Fed leave rates unchanged, it also lowered its rate forecast…

That means the best-case scenario is ultra-low rates are going to be with us for a long freaking time—something I have known deep in my bones since the Great Recession.

As the Financial Times put it, these developments “will leave the Fed on track for the shallowest rate-lifting cycle in modern times.”

As I’m about to show you, that’s bad news for lemmings “all in” on the mutual fund Ponzi scheme. But it’s damn good news for trend followers…

The Fed’s decision on Wednesday was just a short-term fix to prevent any downside stock market action.

The Fed’s been intervening like this for years, dating back to when Alan Greenspan flooded the banking system with reserves to provide “liquidity” during the 1987 stock market crash.

These obvious market excesses are never allowed to clear out. And this irresponsible behavior only guarantees a massive system-wide collapse—just like we saw in 2008-9.

That’s ominous on a macro level. But these same policies also create profit opportunities within the larger arena of markets that trend followers can ride out for big gains.

Take gold for example. Investors have been worried about central bankers’ acts of desperation for months now. And that’s helped drive gold higher and higher. Simply a great trend…

My Trend Following subscribers have been able to ride that trend higher in the mining sector. As of yesterday, one of our gold mining positions is up 67%.

And this month’s energy sector recommendation has already seen a 5% pop in two days thanks to the Fed’s rate games this week.

The larger point here is that while the overall outlook of the stock market and economy may be dark and dreary, there are always going to be pockets of opportunity buried within the doom and gloom.

Sure, I wish the Fed would stop pouring gasoline on top of the their fire. I am an American after all. I like to see fair play in our politics and economics. But I can’t make them do anything, nor can you.

What I can control is my decision-making, like identifying profitable waves of trend momentum that form across all markets. Everyone can do that—if you are outside of the box.

Once outside, you no longer have to be the sucker waiting around for the next Fed-induced crash, an event that will be designed to have you begging for even more Daddy government.

Seizing control of your financial future with trend following is a must, especially in a world filled with crazed bankers hell-bent on taking what you have left.