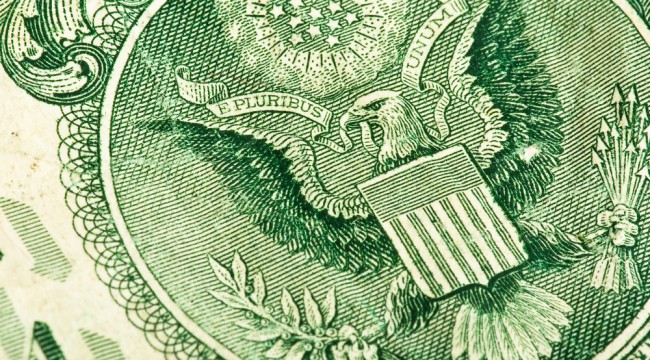 The Fed is still in damage control mode following the market’s negative reaction to its recent announcements, according to Bloomberg.

Concerns the Fed may curtail accommodation helped push the yield on the 10-year Treasury note as high as 2.61% this week from as low as 1.63% in May.

William C. Dudley, president of the Federal Reserve Bank of New York, tried to assure markets once again that the Fed would keep interest rates down for some time… even if it did start winding down its asset purchases. Dudley stressed the importance of data in determining the Fed’s direction.

Along with Dudley, Fed governor Jerome Powell and Atlanta Fed president Dennis Lockhart tried to soothe the worries of investors chafing at the very idea of paying interest on borrowed money.

“The range of both speakers and outlets,” says economist Drew Matus of UBS Securities LLC, “suggests that these comments are… part of a collective — likely futile — effort to re-mold the market’s view of the June FOMC press conference.”

The effort is “futile” despite the fact that the Fed’s news was no news at all.

“The so-called ‘news’ behind the headlines,” says Daily Reckoning contributor Byron King, “is that Fed gurus and economic witch doctors are talking about… y’know… maybe… eventually… changing policy from sort of ‘expansive’ monetary approach to… something else… likely with higher interest rates.”

There may be a good reason for the Fed’s waffling… the much-rumored end of QEternity may not be so close at hand. Central bankers expect growth of 2.3-2.6% this year, according to projections released last week.

But for the Fed’s outlook to be realized, gross domestic product would have to expand at about a 3.3% average annual rate in the last six months of 2013, according to calculations by economists at BNP Paribas SA. The economy grew at a mere 1.8% rate from January through March.

P.S. We’re continuing to cover developments from the Fed as they happen with an eye to helping you protect your wealth. Subscribe to The Daily Reckoning by email by clicking here.