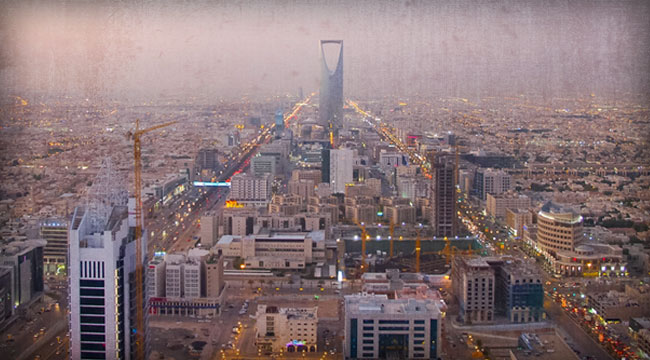 The End of OPEC

Please pull up a seat, dear reader. The show has already started…

We’re in the third act.

The title of the show?

The Downfall Of OPEC.

From our perch, here in the balcony seats of North America, the show has been fantastic. Kudo’s to the cast and crew! Bravo to the playwright!

The show is about to get much better, too.

But before we get to the real drama, there’s an obligatory caveat. As you know, the price of crude is falling — it’s been under pressure for the past four months. To that end, low prices have put a real pinch on shares of U.S. producers. It hasn’t been pretty. However, the dust will settle. And the U.S. shale game will be back to full roar soon. It’s not all doom and gloom here in the U.S., mark my words.

It’s not all doom and gloom here in the U.S., mark my words.

Plus, as you’ll see below, there’s some solid ways to sidestep the carnage in today’s market. (More on that in a moment.)

In the meantime, you’ve just GOT to imagine what’s going on behind closed doors at OPEC…

Too much partying. Too many women. Too many drugs.

It’s only a matter of time before that kind of lifestyle wears on you.

And for members of a rock-and-roll band it’s normally the perfect recipe for a break up. Especially when you consider the existing demands of the business — nonstop touring, recording sessions and more.

With OPEC, I can’t vouch for the hookers and blow. But I can vouch for the fact that the cartel members have had it VERY good for the past decade. Steady production, lots of cash flow, ability to drastically expand government handouts and subsidies — for all intents and purposes it’s been a party-like atmosphere backstage at OPEC.

Whatever the equation, though, this band is ready for a stunning break up.

Why am I so certain?

Let’s take a look at where we’ve been and where we’re headed. The road is paved for OPEC’s demise. Here’s the play by play…

The above play-by-play is happening right in front of our eyes. And depending on the timing, the pain is going to continue for OPEC for the next several years. You won’t see me crying.

Consider this, from The New York Times:

“OPEC seems at a loss about how to cope with this new source of competition and is also struggling to influence other big producers outside the organization like Russia and Brazil. Unable to come up with a strategy for handling these new developments, the cartel has decided not to intervene, evidently hoping that low prices will eventually curb production in the United States.”

Ha! I love the word “hoping” in the quote above.

Allow me to remind you that the U.S. shale industry is NOT going to close up shop at today’s prices. Weeks ago I was in a company boardroom where executives were confident they could weather the current storm of lower prices.

At first you might look to this as a harbinger for a pullback in U.S. oil production and an end to the shale gale’s momentum.

Lower costs. Growing production. That’s what to look for in 2015.

But that’s simply not the case. With growing efficiencies two rigs can do the work that it once took three rigs to do. In short, the company plans to INCREASE production with two rigs (where it once would have had to use three.)

On that same beat, just today Exxon’s CEO Rex Tillerson told CNBC that the company makes long-range plans that can account for $40 oil.  Looking at Tillerson’s demeanor, he doesn’t seem worried with $68 oil.

Lower costs. Growing production. That’s what to look for in 2015.

Add it all up and production in the U.S. will continue to ramp higher. And instead of the U.S. feeling the pressure, I’m expecting a lot of sweat on the brows of OPEC members.

As for U.S. producers, we’ll have to wait and see how prices shake out. Even though production will continue to increase in the U.S., Wall Street’s expectations for shale producers are what’s controlling share price. For instance, if a company’s oil profit margin at $100/barrel oil was $50, with today’s oil price closer to $70 that margin drops to $20. That’s a 60% drop in expected cash flow, etc.

As I said, we’ll have to wait and see how prices shake out to start re-valuing our prospects for 2015.

P.S. Be sure to sign up for The Daily Reckoning — a free and entertaining look at the world of finance and politics from every possible angle. And while the articles you find here on our website represent our commitment to high quality commentary, they’re only a snippet of what you receive in the Daily Reckoning email edition. Click here now to sign up for FREE to see what you’re missing.