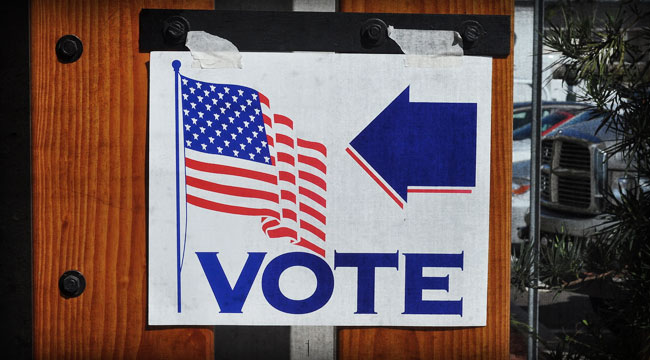 The Perfect Storm: Markets and Election 2016

I started in politics in June, 1970 as a legislative assistant on Capitol Hill. That was 46 years ago. In the interim, there have been 23 election cycles, 12 presidential elections.

In all that time, I can truly say that I have never seen so many different things that have happened in the financial, political and international world – quite like this. Never have I seen so much potential for shocks, surprises and black swans.

The potential for market turmoil, even an unexpected double-digit decline, in the face of a tremendous melt-up in the stock market recently, is possible.

At the front of this turmoil is the Trump-Clinton showdown election. Undoubtedly, this will likely be the greatest slug-fest of a political campaign ever. It is not simply two candidates with different backgrounds and different philosophies contending with each other as Bush and Gore did in 2000. It is not even close to Reagan and Carter in 1980, when I first entered the presidential arena.

This is a referendum on 30 years of drift in policy and development that has left a growing share of the electorate behind.  It has completely alienated the population from the rule of Washington and what I call the Wall Street-Washington Elite.

Trump may not have the manners that you would like. He is bombastic, and sometimes carries his points to an unfortunate extreme, but he is an outsider. He is saying that what we’ve been doing doesn’t work. That the U.S foreign policy is a failure.

We have a rogue Central Bank that’s out of control in printing money. 90 months of zero interest rates. A continued massive quantitative easing program. It has not helped what I call “Fly Over America” or the Main Street economy at all over the last 7 years.

A very tepid recovery at best. It’s been a huge windfall and boon to Wall Street, and a very limited number of speculators and traders, along with a small share of the population, that owns most of the assets.

This election is going to be a fundamental referendum. Overwhelmingly, the Mainstream and Financial Press have become a megaphone for what the thoughts and viewpoints of Wall Street and the financial markets are. The Mainstream and Financial Press overwhelmingly think the election is over and that Hillary has already won. They think that Donald Trump simply represents the discontented minorities in the republican primaries.

This election is going to be full of surprises. A lot of that will turn on how the debates work out.

There is a real potential that this election could end dramatically and register a huge shock to the system. It could create recognition, in a very complacent financial market, that everything could be up for grabs.  With fear that policy could change dramatically, that what we’ve been doing for 30 years may be ending, the markets might be forced to act.

A Perfect Storm For Uncertain Markets.

Markets hate uncertainty and they fear open-ended and unspecified changes that are not at all clear or on the radar.

First, there is a huge chance of the market waking up to the fact that there is an election going on. That it could make a huge difference going forward, and reacting in a very negative way.

The second element of this perfect storm, and we’ve written a lot about this in the Contra Corner and also in the Bubble Finance Trader in our bi-weekly issues, is that the central banks have pinned themselves into a unbelievably tight corner. They’re really out of dry powder.

What’s going on is that the common people have figured out that the elites who are running the central banks, the International Monetary Fund (IMF), the G20 and managing these tremendous bubbles arise from Wall Street and don’t know what they’re doing. They are setting the world up for a great fall. This has created much more uncertainty in the political environment than we’ve ever seen before.