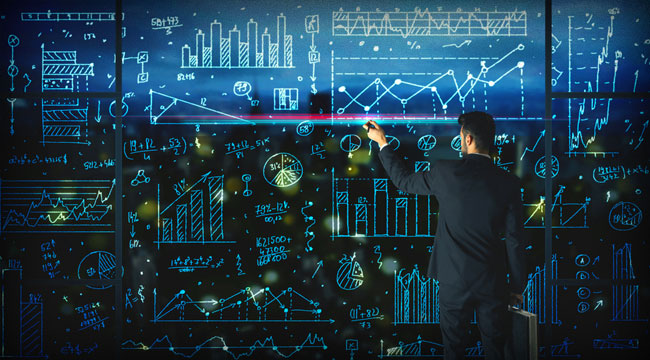 The Market’s Being Set Up For A Hard Fall

But there’s nothing sustainable about it.

During this year’s final pulse of the great stock market bubble of 2009–2016, the illusion of stability was reflected in the complete collapse of the VIX Index or, as it is often called, the fear gauge.

Take a look at a chart from the last cycle, culminating in the crash of 2008. The Greenspan housing, credit and stock market bubbles were inflating. At the same time, volatility was steadily drained out of the market by increasingly more bullish and complacent traders. 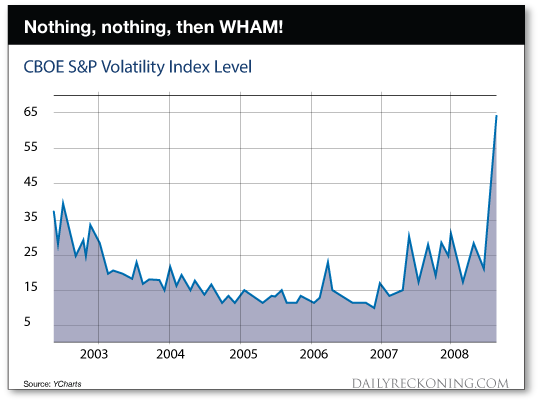 It just so happens that during the last few weeks, the VIX came close to its early 2007 low, touching 10.8 on an intraday basis. That meant that it had declined by 62% from its Feb. 11 level — and it had declined by 58% from its dramatic late-June spike at the time of the Brexit surprise.

Fed funds futures are now showing a 32% chance of a September rate hike, despite the latest “good” jobs report and other supposedly good economic news. That’s up substantially from where it was just a few weeks ago, but it’s still just one in three.

After seven years of zero or next to zero interest rates, it must be truly wondered how supposedly rational adults can obsess over whether the another tiny smidgeon of a rate increase should be permitted this year or next, or whether the economy can tolerate a rise in the funds rate from 38 bps to 63 bps when it finally does move.

The answer is they appear to believe that cheap money might still do a smidgeon of good. Besides, it hasn’t caused any consumer price inflation, or at least that’s what they contend — so where is the harm?

The Fed is out of dry powder and out of time. And it could easily spook the market at its upcoming meeting on Sept. 20–21.

Either way, Sept. 21 will be a day of reckoning. This time, I believe that the Fed’s desperate last resort to verbal intervention will fail, causing a market now living off the fumes of momentum to hit the skids.

Another September event could trigger volatility as well. On Sept. 26, Trump and Hillary will have their first presidential debate. The results of this debate could also blindside the market because at the moment Hillary Clinton is considered to be a shoo-in.

Reagan did that and came from way behind to win. There is no telling what Donald Trump will do, but at this stage of the game there is absolutely no reason to think that the market has it right and that Hillary has it in the bag.