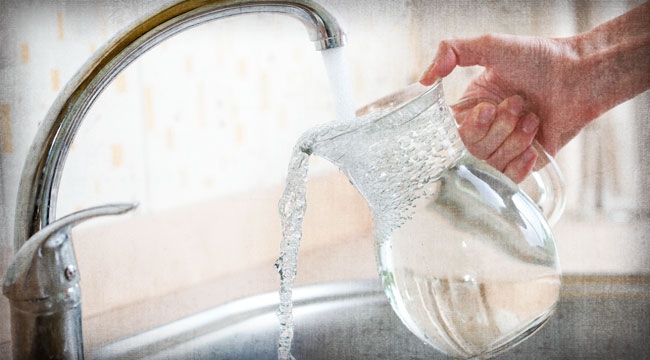 Don't Drink the Tap Water (It's Not What You Think)

Pop Quiz Time: What do these 16 countries have in common?

Think you know the answer?

They have ALL banned water fluoridation.

I know what you’re thinking…

I’m not here to convince you that fluoride is bad or dangerous.

The fluoride debate is incessant and never-ending…

With both sides citing somehow flawed studies that the other side cited to make their case. So we’re not going to get into whether or not fluoride is good or bad for you.

When the government adds fluoride to the public water, it’s a medical treatment.

And since it’s extremely difficult to remove fluoride from the water, it’s essentially a forced medical treatment.

Seventy-two percent of Americans who use public facilities drink fluoridated water at the CDC’s “therapeutic” level.

When the government is forcibly treating 72 percent of the population — whether they need it or not — there’s a problem.

Israel is the most recent country to ban all fluoridation…

“Individuals have the right to decide if they want [fluoride] or not. We cannot force people… The ministry supported it for over 40 years, but this is a new era. The world has changed, and we can educate parents.”

Novel idea? Of course not. This debate has been raging for decades, as we’re sure you’re aware.

According to one study conducted by the W.H.O., fluoridated and non-fluoridated countries alike have been seeing a downtrend in tooth decay for the past 40 years. 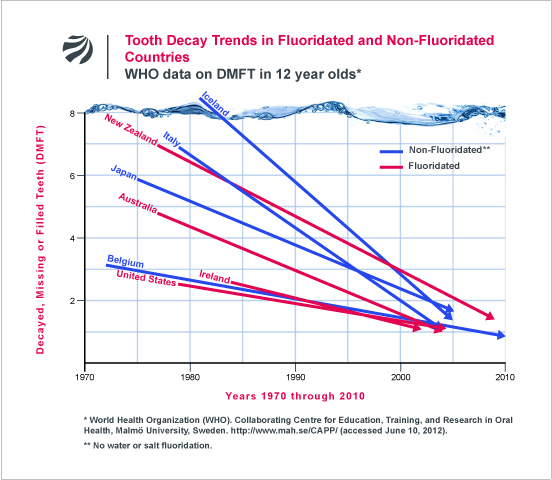 And on top of everything else, it sets a dangerous precedent.

If the public starts to accept water fluoridation as “normal,” what’s to stop the government from sprinkling in a cocktail of other drugs for our own good?

You may remember when AstraZeneca floated the idea of putting statins in the U.S. water supply back in 2008…

“Experts think that this could prevent tens of thousands or hundreds of thousands of heart attacks in the U.S. a year,” CNBC’s pharmaceutical “reporter” (see: shill) Mike Huckman crowed.

“And, as a side benefit,” he said, getting to his main point, “possibly help the bottom line of at least one major drugmaker.”

A side benefit, eh?

To paraphrase Mr. Huckman: “AstraZeneca says look at this small stack of paper and mindlessly believe we should fill the water supply with statin drugs”

That was just before the serious side effects of statins became fully mainstream. These side effects include but aren’t limited to liver damage, memory loss and confusion, Type 2 diabetes and muscle weakness.

One paper, published in the American Journal of Cardiovascular Drugs, refers to almost 900 studies on the dangers of statins.

Other studies cited serious risks such as an increase in cancer risk and immune system suppression.

According to The Little Bible of 77 Censored Cures, statins work by blocking pathways involved in cholesterol production.

Coenzyme Q10 (CoQ10), a crucial antioxidant, travels along the same pathways. The loss of this compound is detrimental to your heart health and muscle function. If you’re taking statins, look into supplementing with CoQ10.

Of course… Whether it’s statins, fluoride, or any other drug… No medication belongs in our drinking water. Let us do the medicating. We can handle it.

Now let’s take a look at the flip side: When the government wants to force potentially dangerous chemicals down your throat, but won’t let you choose your own milk.

CDC data reveal that about 412 people get sick from pasteurized milk per year and about 116 others get ill per year from raw milk.

So why, then, are raw milk producers — including Amish communities — getting raided at gunpoint? 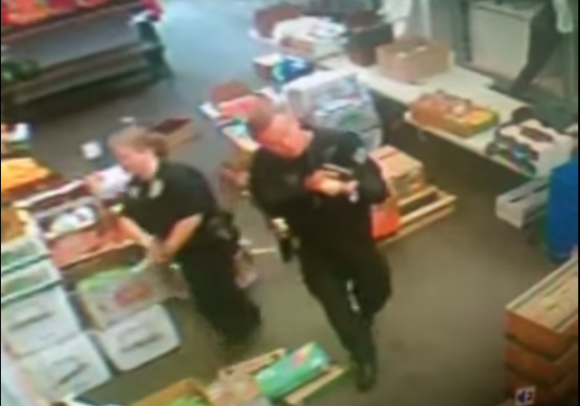 It seems absurd because it is.

It started in the early 1930s, when the government decided it was time to protect us from the dangers of an age-old practice: drinking raw milk.

Pasteurization, a process that “cooks” the milk under extreme temperatures, became the new standard. But, as we’re beginning to learn, pasteurization kills everything alive and good within the milk, rendering the majority of it near-useless for human consumption.

And Americans are quickly catching onto this fact.

For this reason, raw milk has been growing in popularity all across the states. The market is asking for raw milk — and small providers are giving it to them.

This cuts into Big Dairy’s bottom line. And Big Dairy no like. Hence, the raids.

How do they pull it off? It begins with the USDA.

All the way back in 1999, the USDA came under fire from the Physicians Committee for Responsible Medicine (PCRM). PCRM filed suit against USDA, showing that six out of 11 of the members assigned to create U.S. dietary guidelines had financial ties to meat, dairy, and egg interests.

The PCRM won. They were right. Yet nothing changed. Financial interests in the dairy industry continued to crack down on small farmers… and do so to this day.

But, herein lies the real question…

Why aren’t the big producers just switching to raw and competing the small players out of business?

If that’s what the market wants, why don’t they just give it to them? That would be logical, eh?

The short answer: They can’t.

The long (and real gross) answer:

Their whole business structure, called “concentrated animal feeding operations” (CAFOs or better known as “factory farms”), revolves around the pasteurization process. Without pasteurization, the milk would be completely unsafe for human consumption.

Going raw would cut their efficiency into a sliver of what it is today. And put them out of business.

The conditions in these CAFOs are, to say the least, atrocious. Large groups of animals are kept in filthy, waste-ridden barricades with no natural light to speak of, while they’re pumped with antibiotics so they don’t get sick.

It’s a cesspool of harmful bacteria. 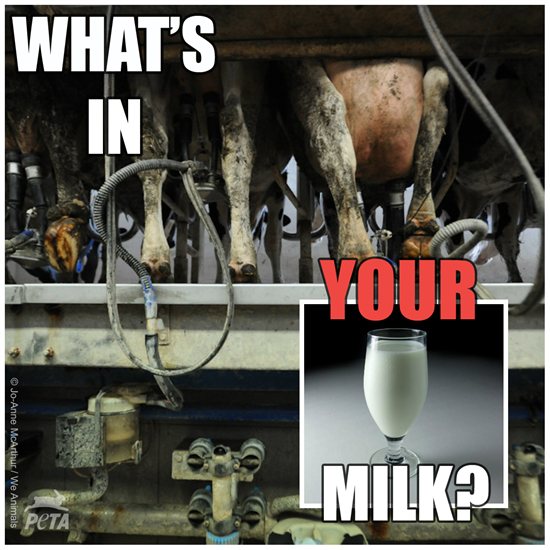 Yet, on the other hand, raw milk doesn’t need pasteurization.

The vast majority of milk from grass-fed cows raised on small farms is safe — and has been for thousands of years.

Studies have shown that raw milk is full of good bacteria that are healthy for your GI tract. It has more than 60 digestive enzymes and antibodies. It’s rich in good fats and proteins. It’s chock-full of many vitamins and minerals.

And, of most importance: It’s YOUR [expletive deleted] choice if you want to drink it.

In other (but just as ridiculous) news…

A woman in Gainesville, Florida just spent a month in jail for… wait for it…

That’s a new one.

She was arrested by Gainesville police after they found a spoon near her covered in “suspicious residue.”

“From what I understand,” assistant public defender Chris van Rossem said, “she was a passenger in a car and had a spoon on her, near her, and I guess the officer, for whatever reason, thought there was some residue.

“She’s maintained all along that there’s no way in hell that’s any sort of drug residue or anything like that.”

Despite having no prior arrests or convictions, the police locked her in the slammer while the crime lab worked their magic. Which, apparently, isn’t very impressive.

It took the crime lab a whole month to realize that the spoon was covered in SpaghettiOs.

Ed. Note: The more power the jackbooted law enforcement thugs think they have, the more your freedoms are put at risk. The bottom line is, the system is corrupt. If you choose to trust it, you’re taking a serious risk. But if you read the Laissez Faire Today e-letter, you’ll discover how to avoid that risk altogether. It’s your daily dose of independent thinking, self-sufficiency and action. Living a healthier, freer life begins with becoming a member. Click here now to sign up for FREE.