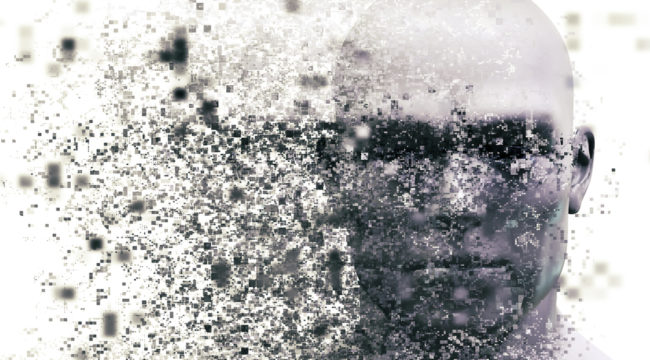 “Universal basic income (UBI) is so silly on its face,” begins reader Roger A, “even a middle school kid would at least know to ask, “What’s the catch?””

Yesterday’s reckoning on universal basic income drew a heavy mail… and we thank you for your participation.

There are a lot of jobs that would not be done if UBI is adopted, and there will be serious problems eventually… UBI is a big, big, big mistake!

When I first heard the term I thought it meant the lowest annual wage salary to survive on. But having read the more about it, I realize that it is just another incentive to keep people on welfare.

These comments were typical.

But not every reader stood in harsh opposition.

Though I don’t believe UBI ‘s time has come it will in the future as automation technologies hit an inflection point…  The rapid shift in technology will leave many behind with incompatible skills so UBI will really be a social program to keep the barbarians away from the gates.

Meantime, George B — a UBI booster — gave us a good hard slating:

Your diatribe on UBI makes many unfounded assumptions, utilizes examples that arrive at false conclusions and is short of actual facts. Under Nixon the United States was a hair’s breath [sic] from UBI. It was derailed by one of his advisors who was an Ayn Rand adherent and presented him with some very poor quality evidence later debunked.

The UBI was supported by 1,200 economists, many of them world renowned… There is abundant newer research all disproving the “people will become lazy if given free money” canard that you promulgate. If you are open minded than [sic] actually read someone who has looked at the research and covers it…

We might remind George that Finland recently had a go at UBI — and dropped it quick as a wink.

But let us recall the reason universal basic income is receiving any hearing at all:

Some estimate artificial intelligence (AI) and robotics will replace half of all jobs in 20 years.

These are not limited to trucking, taxi-driving or manufacturing and construction.

To these we must add white-collar jobs in law, finance, medicine, accounting, etc.

What will become of the attorney-at-law, we wonder — and the human pilot of the ambulance he chases?

We are unconvinced automation will proceed at the projected gallop.

But let us suspend all assumption for the moment… and drive on to the inevitable question:

What happens when robots are brainy enough to perform all human labor?

For Schumpeter, capitalism was the “perennial gale” of creative destruction.

Capitalism blows away the old and inefficient. In comes the new and improved.

But a fully capable robot would likely mean the end of the line.

A brute of a robot that can strike home a rivet is one thing.

But a genius robot that can do anything a human can do — only better — is quite another.

This intelligent robot would tower over the human as the human towers over the ape.

An Aristotle, an Einstein, would be a pygmy next to it.

What human ability would lie beyond this unnatural beast?

An evolved robot might run its circles around the human antique you say.

But it cannot appreciate beauty — much less express it.

The robot has a brain… but no soul.

No, the kingdom of the arts belongs to man alone.

Well, please introduce yourself to Avia…

Avia is a computerized musical composer.

Programmers “introduced” it to the music of Bach, Beethoven, Mozart, and other such colossi of the classical canon.

It proceeded to acquire musical theory based on the inputs… and taught itself to compose original music.

Its tunes have been featured in cinematic soundtracks, advertisements and computer games.

No human composer has yet proven able to distinguish its music from a carbon-based professional’s.

Not even the oldest profession is safe from robotic competition — if you can believe it.

But let it pass for now.

Return your mind instead to Schumpeter’s creative destruction…

The obvious benefits of capitalism are why most see only the “creative” part of the equation.

But we must never forget the equally critical “destruction” side of the ledger.

Capitalism sends the human being careening around hairpin turns of social and technological change for which he may be unprepared.

A generation later that factory goes dark as the gales of creative destruction blow the jobs clear across to China… or Vietnam… or wherever the labor is cheapest.

Have you visited the Rust Belt?

It is the “Rust Belt” for a reason.

Furthermore, Americans must constantly upend themselves and their families to follow the jobs — which yanks apart the bonds of community.

Not everyone can take up new lines of employment.

Many are simply left behind, broken… and can never catch up.

But that does not include the millions of forgotten and hopeless Americans who have simply thrown up the sponge.

Adjust for those “missing workers,” Jim says… and the real unemployment rate is about 10% — a depression level figure.

The river of progress carries forward, as it must.

But let us at least recognize…

The advancing river of progress sometimes takes the human note with it.

Within the cold economic data, behind the dense forests of statistics… exist living human beings with beating hearts.

To these, our fellow Americans — our fellow human beings — we lift a toast of acknowledgment today…