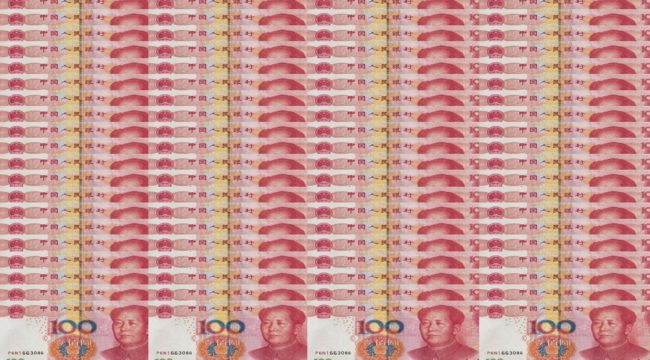 China Will Lose This Battle

There are few true “laws” in economics. Most of the so-called economic laws are highly conditional and only apply in limited circumstances and for brief periods of time.

One of the few economic theories that comes close to being an ironclad law and has stood the test of time is the “Impossible Trinity.” The key to understanding it is the word “impossible.”

Right now China is falling victim to the Impossible Trinity.

China’s inevitable failure will result in a maxi-devaluation of the Chinese yuan (CNY) in the coming months, as I explain below.

The theory of the Impossible Trinity is that an open economy (meaning one that is open to trade and capital flows) cannot pursue three specific policies simultaneously.

The three policies that cannot be pursued at the same time are: an open capital account, a fixed exchange rate and an independent monetary policy.

The first part of the Impossible Trinity is an independent monetary policy.

This simply means that your central bank can set rates where they want without regard for what other central banks are doing.

The second part of the Impossible Trinity is the open capital account.

This refers to the ability of investors to get their money in and out of a country quickly and easily.

The third part of the Impossible Trinity is a fixed exchange rate.

This simply means that the value of your currency in relation to some other currency is pegged at a fixed rate.

An economy can attempt to pursue all three policies, but it is certain to fail sooner rather than later.

The only question is the exact timing of the failure and the particular policy that must be abandoned as a result.

Consider the case of a country — call it Freedonia — that wants to cut its interest rate from 3% to 2% to stimulate growth. At the same time, Freedonia’s main trading partner, Sylvania, has an interest rate of 3%.

In this example, Freedonia is trying the Impossible Trinity. It wants an open capital account, a fixed exchange rate and an independent monetary policy (it has an interest rate of 2%, while Sylvania’s rate is 3%).

Savvy investors borrow money in Freedonia at 2% in order to invest in Sylvania at 3%. This causes the Freedonia central bank to sell its foreign exchange reserves and print local currency to meet the demand for local currency loans and outbound investment.

Freedonia may run out of foreign exchange, forcing it to close the capital account or break the peg (this is what happened to the U.K. in 1992 when George Soros broke the Bank of England).

Or Freedonia will print so much money that inflation will get out of control, forcing it to raise interest rates again.

The end result is that Freedonia cannot maintain the Impossible Trinity. It will have to raise interest rates, close the capital account, break the peg or all three in order to avoid losing all of its foreign exchange and going broke.

In this example, you just have to substitute China for Freedonia and the U.S. for Sylvania.

When it comes to China, the most likely outcome is a Chinese maxi-devaluation.

Investors should soon brace for a financial earthquake from China that will reverberate around the world.

Based on far smaller yuan devaluations in August 2015 and December 2015, the repercussions of a new devaluation will not be confined to China. The U.S. stock market crashed over 10% on both prior occasions.

An even larger correction could be expected when the maxi-devaluation comes. A flight to quality in gold is another predictable result.