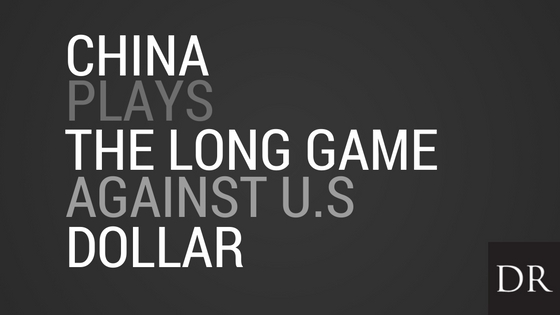 China Plays the Long Game Against the Dollar

The Chinese economy has been taking a beating on exports, imports and its monetary status around the world. But reality shows strategic moves for global competition. You’d be forgiven for thinking China’s yuan is headed for the trash heap!

It seems like every headline on the subject is about how the Chinese currency is falling to record lows.

But the truth of the matter is very different. Everyone should’ve expected a weaker Yuan all along. Because it’s all part of a greater plan to make the yuan more popular around the world.

This world money move is one of a series of phases that China views as an opportunity to incentivize use of its currency for international transactions. This matters because the Chinese currency could overtake staple currency systems (dollar, euro, etc.) as the primary currency when conducting trades, global exchanges or major business loans.

The entrance of the Chinese economy and the yuan into the IMF “basket” is a significant move into the exclusive currency club.  The yuan is the first currency added to SDR since the euro in 1999, though that was only to replace the phased-out Deutsche mark and French franc.

This move follows being rejected by the IMF in 2010 to be included in the elite currency club.  At the time, the IMF deemed that China “does not currently meet the criteria to be a freely usable currency.”

Even before China entered the world money scene, it was making strides to symbolically make its mark in the IMF currency basket.  The World Bank sold hundreds of millions of SDR-denominated bonds on auction in China’s interbank market in August.

This marked the first SDR based currency auction in more than thirty years.  Not surprisingly, the auction was rolled out by the World Bank in Shanghai and received mass media coverage from nearly every major state run outlet.

Only two weeks after the yuan’s inclusion in the SDR, Chinese banks began taking going in on the new world money opportunities. Standard Chartered Bank (Hong Kong) announced was approved by the People’s Bank of China to be the first commercial issuer of bonds to be denominated in SDRs within the national interbank bond market. At its current offering approval from the government that is an estimated about 925 million yuan ($138 million).

“The inclusion of the renminbi helps reduce the volatility of SDR’s exchange rate” noted Wesley Yang to China Daily, “and therefore makes the value of SDR more stable. This not only increases the attractiveness of SDR as a reserve asset but also makes it a better investment and financing tool.” Mr. Yang is head of financial markets at Standard Chartered Bank in China.

In September, the Chinese central bank designated an official Chinese clearing and settlement bank to be based in New York City.  This filling is the first of its kind for China, a renowned recluse in the international monetary markets.

“The establishment of a clearing bank in the US will promote the growth of renminbi activity in the US and help accommodate an increase in volumes and demand for renminbi products and services,” said former Treasury Secretary, Timothy Geithner. 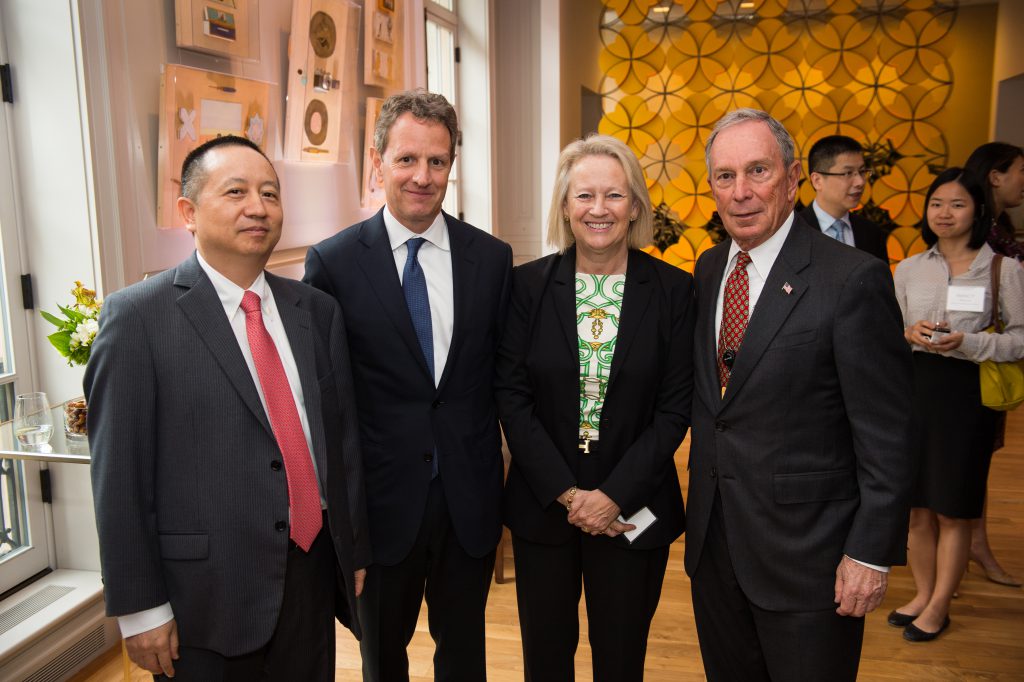 Members of the Working Group on U.S. RMB Trading and Clearing, June 28th in New York

In conehead-speak, this means the following:

Clearing banks can now offer offshore trading and cross-border payments in Chinese currency because they have exclusive access to China’s onshore foreign market exchange and. in doing so it allows these clearing banks to provide liquidity to offshore operations.

The Chinese currency is going global. It’s built a system so that more countries use the yuan for trade and savings. And it’s done so to directly compete with the U.S. dollar as the major reserve currency.

Swift, one of the top currency trend organization’s, reported in its 2015 Worldwide Currency Usage and Trends report that, “While accounting for a relatively small proportion of worldwide international currency usage, the Chinese yuan (CNY) or renminbi (RMB), is nonetheless experiencing a stellar ascension…”

Yet, as author and former IMF wonk, Barry Eichengreen, asked bluntly, “Should we care?”

Whether or not you do, he graciously answered his own question, “the Chinese certainly do. In Beijing, where I was late last month, joining the rarefied SDR club was all people wanted to talk about.”

From there, explains MarketWatch analyst David Marsh, “the world’s second-largest economy is embarking, pragmatically but steadily, toward enshrining a multicurrency reserve system at the heart of the world’s financial order”

There are still many moons between now a potential U.S dollar fall…

But you heard it here first: The chess match on the world money battlefield has only just now heated up.