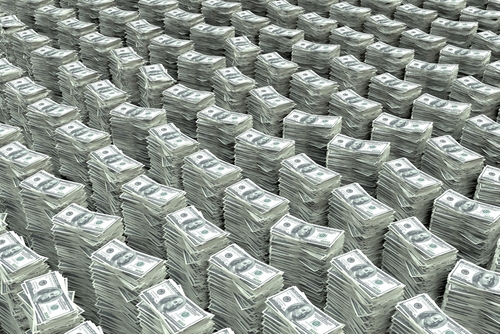 Broken clocks get a bad rap…at least they are right twice a day. Many are the objects, individuals and/or institutions who are lucky to be right once a day… or even once a year. Consider, for example, those poor souls who continuously predict rising interest rates. These “bond bears” have not been right once in the last 30 years.

The lesson is clear: Better to be a broken clock than a bond bear.

But even if bond bears are not right even once-a-three-decades, perhaps they will prove to be right once-a-generation… and perhaps that moment is now, or almost now.

So says James Grant, editor of Grant’s Interest Rate Observer. In a recent issue of his esteemed newsletter, Grant observed, “Today’s stunted interest rates, though not exactly unprecedented, are rare and remarkable. The world over, creditors are living on the equivalent of birdseed. Investors who once disdained sky-high yields today settle for crumbs…What are they thinking today?”

Grant answers his own question. Today’s bond buyers believe that “in an overleveraged economy, inflation is unachievable. So is growth, they have lately begun to insist. As for us, we hold a candle for both growth and inflation — and, in consequence, for our long anticipated, long overdue bond bear market.”

Grant hangs most of his prediction on fifth-grade arithmetic…or maybe advanced fourth grade: Debts are rising a lot. Revenues, not so much.

“Like a well fed teenager,” says Grant, “the national debt keeps growing and growing. On December 31, it bumped its head against the statutory ceiling that never seems to contain it. That would be $16.394 trillion, or the cash equivalent of 360.7 million pounds of $100 bills.”

Meanwhile, as the national debt continuously inflates by millions of pounds of hundred dollar bills, the national tax receipts struggle to keep pace.

“In the past 10 years to fiscal 2012,” Grant observes, “the compound annual growth in federal receipts worked out to 2.8%, that of federal outlays, 5.8%. In as much as the growth in receipts was much below the historical median (which, since 1967, had been 6.75% a year), one might — just for argument’s sake — say that the country had an income problem.”