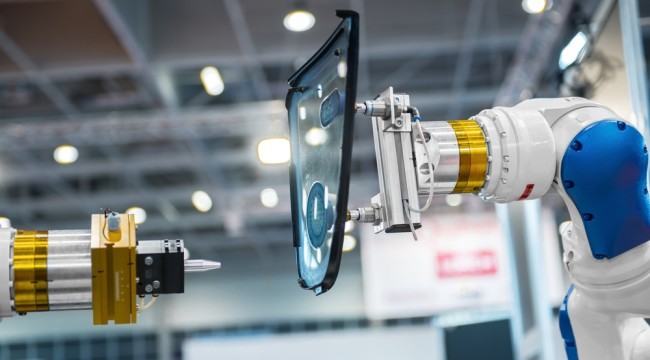 There’s been a big change in the wind for a decade.  Many of us have heard and felt it rumbling in the background, shaking the foundations of an already decrepit global socioeconomic system.

Here’s a taste of what is driving this change forward.  It’s real and it’s coming.

Up until three hundred years ago, the world relied on the work being done by people, largely by hand.  The skills and methods required to do this work were largely inside the minds of the people doing that work.  We created organizations to aggregate the people needed for doing work on a large scale and guilds to protect this knowledge.

To overcome the limits of a world made by hand, we developed something new:  automation.  We’ve transformed the world by building machines (in both hardware and software) that do work for us. Automation is based on a scientific process that figures out how things work and an engineering process that turns these scientific ideas into machines that actually do work.

However, we’ve now reached the limits of automation.  How so?  Automation is limited by the ability of human beings to construct the cognitive models (both scientific and engineering) needed to build the machines that provide it.

To overcome these limits, we’re now building cognitive machines that can build their own models for how things work and how to accomplish tasks. Unlike the machines that provide us with automation, these machines aren’t built in the traditional way and they can tackle problems far more complex than anything done by automation.

The big change is that these machines build themselves.  They bootstrap their abilities in the same way human beings do: through learning, training, and experience.   However, they can learn it MUCH faster (deep learning) than we do and once they do, they can share their new abilities with other machines all over the world instantly (cloud robotics).

If you don’t think this is a big deal, you are wrong.  It’s the biggest shift in technology we’ve seen since the rise of automation over three hundred years ago and it’s going to change everything.  In particular, it’s going to upend the rules of economics, warfare, and politics we thought were immutable.

P.S. I originally posted this on my blog, Global Guerrillas, right here.