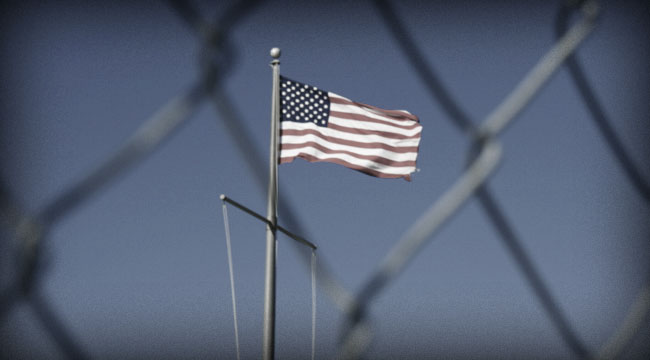 But that’s an old story. The newest twist on that old story is that “more government” sometimes means “extra”… and that’s just about the last thing any liberty-loving American should desire, especially when “extra” pops up in a government-endorsed euphemism.

Look what happens to simple, inert terms when you add “extra” to them:

Marital passion might be just the thing to keep the nuptial embers glowing. But extramarital passion, not so much. That’s why most of us are content to do without “extra.” But from time to time, there’s someone around who’s eager to force “extra” upon us, whether that someone is a cheating spouse, a wayfaring alien or an “extra-constitutional” government agency… which brings us to the first half of the U.S. government’s catchy new euphemism: “extrajudicial.”

The word does not mean “extraordinarily judicial” or “even more judicial than usual.” It means the opposite. It means “outside the judicial process” or, literally, “outside the law.”

Now let’s add the word “killing” and, voila, we get, “extrajudicial killing.”

This euphemism has recently popped up in the American lexicon to describe the conduct of U.S. drone strikes in countries that end in “-stan” or “-en”… or sometimes “-ia.” And you usually find this term very close to its companion euphemism, “collateral damage.”

“Extrajudicial killing” does not mean a killing that is “extraordinarily judicial” or “even more judicial than usual.” It means the exact opposite. The term refers to a premeditated killing that occurs outside of any judicial process – i.e., “outside the law.” It refers to a killing, in other words, that most folks would recognize as simply “murder.” But there’s a twist. As Wikipedia helpfully explains, “An extrajudicial killing is the killing of a person by governmental authorities without the sanction of any judicial proceeding or legal process.”

In other words, a government never murders anyone; it extrajudicially kills them.

Eye-glazing terms like “extrajudicial killing” are ideal for obscuring ugly or inconvenient truths. In this case, the inconvenient truth is that the U.S. government is killing suspected terrorists, rather than convicted ones.

There is a difference, of course, which is why the U.S. Supreme Court reserves the death penalty for convicted murderers, rather than suspected ones. Even then, mistakes happen. Juries get it wrong sometimes.

Here in the States, about one in 20 death row inmates is later found not guilty. In some cases, the truth does not surface until after the innocents have suffered the ultimate penalty. And posthumous exonerations cannot raise the dead. Even after all the testimonies, cross-examinations, objections, and appeals, innocent folk sometimes die for crimes they did not commit. Knowing this, it would be easy to imagine that the percentage of folks wrongfully condemned to “die by drone” is not zero.

But there is also another inconvenient and ugly truth about drone strikes. They sometimes miss their targets. Not only are they extrajudicial, but they are also extra good at killing innocent bystanders.

The Guardian observes: “A report by the law schools at Stanford and New York universities suggests that during the first three years of [Obama’s] time in office, the 259 strikes for which he is ultimately responsible killed between 297-569 civilians, of whom at least 64 were children.”

Even as mere numbers, this story is horrific. But the numbers have names, which is utterly chilling. And each of the names had hopes and dreams — hopes and dreams that did not deserve to vanish in a burst of shrapnel and flames.

Last week in Boston, three innocent people lost their lives to a heinous act of terrorism. One of the victims was an 8-year-old boy — a boy with hopes and dreams that did not deserve to end.

There is no such thing as collateral damage. The term is an insult to human dignity. There is only tragedy. Horrific tragedy. But euphemisms like “collateral damage” and “extrajudicial killing” attempt to sanitize and conceal the horror of tragedy.

Not all euphemisms are bad, of course. But moral ambiguity and euphemisms tend to go together like hunters and camouflage, or perhaps more like warfare and national anthems. The greater the “ambiguity,” the more creative the euphemism tends to be, especially when the euphemism issues from a government agency to describe a government activity.

Good policies require no cosmetic surgery, no euphemistic photoshopping — no spoonfuls of sugar to help the medicine go down. If the policy of conducting drone strikes is a good one, let the government call them what they are. Let the government call them “serial exterminations of folks who probably do not like us and might intend to harm us one day” — a term that would lend itself to the handy acronym, “SEOFWPDNLUAMITHUODs.”

Or maybe the government could simply replace its public euphemism with its private one: “bug splats.”

“The people who operate the drones,” Rolling Stone magazine reports, “describe their casualties as ‘bug splats,’ since viewing the body through a grainy-green video image gives the sense of an insect being crushed.”

The Washington Post reports that “last month, the Pew Center asked a random sample of Americans whether they supported ‘the United States conducting missile strikes from pilotless aircraft called drones to target extremists in countries such as Pakistan, Yemen, and Somalia.’ A majority, 56%, approved.”

What would the poll results look like if Pew had asked about “pilotless aircraft called drones that conduct bug splats, in which some of the splats are kids”?

Words matter. Words that sanitize tragedy matter. Because if Americans can approve drone strikes that “target extremists” on foreign soil, the door is wide open to “targeting extremists” right here at home. And as we have learned, targeting extremists does not mean “executing convicted criminals.” It means “killing suspected criminals, along with the innocent men, women, and/or children who happen to be standing nearby.”

So far, agencies of the U.S. government have refrained from “bug-splatting” U.S. citizens on U.S. soil. And so far, the president is promising to never do any such thing (unless a U.S. citizen is doing really bad stuff on U.S. soil). But even so, a domestic version of the president’s infamous “kill list” seems to be taking shape.

“The FBI,” according to a recent Los Angeles Times story, “classifies such people, who refuse to recognize government authority in virtually any form… as ‘sovereign citizens’…[and ] as part of a domestic terrorist movement.”

As of now, there are no “Megan’s Laws” requiring states to notify schools and neighbors when a sovereign moves into their town. But that doesn’t mean law enforcement agencies aren’t busy preparing to combat this growing domestic threat.

The Times reports that a Detective Rob Finch and his partner Detective Kory Flowers “have trained nearly 15,000 police and 5,000 public officials to combat sovereigns, zealots who refuse to recognize government authority in virtually any form.”

To sovereigns, Detective Finch explains to the Times, “a police officer is just a man in a Halloween costume. They refuse to recognize [his] authority, and that creates a dangerous situation.”

Maybe so, but recognizing authority can also create a dangerous situation, especially when the authority you recognize is the one flying over your head aiming Hellfire missiles in your direction.

Recognizing authority can also create a dangerous situation when the authority you recognize is the one adding your name to a list of “sovereigns” — a list of “domestic terrorists… who refuse to recognize government authority in virtually any form.”

Domestic drone strikes, while not a reality today, are not as far-fetched a possibly as most of us might like them to be. The first step down that slippery slope would be domestic drone surveillance, which is a reality already… in “special circumstances.”

The official justification for widespread domestic drone surveillance would go something like this: If mere surveillance video enabled law enforcement to nab the Boston bombers after the fact, just imagine the benefits that nationwide drone surveillance could provide before the fact. (One day, perhaps, next-generation drones will be able to recognize prospective terrorists in utero and then eliminate them… with a bit of collateral damage, of course.)

America’s drone program may or may not reduce the risk of future terrorist attacks on U.S. soil. But one thing is certain: The program is ideal for expanding the power and intrusiveness of government.

Quite obviously, the war on terror is a “temporary” campaign with no imaginable end. Will the CIA or Pentagon ever extinguish the “last terrorist,” as if he were the final member of a nearly extinct species?

More than likely, the government will conclude its war on terror about the same time it declares victory in the “War on Poverty” that President Johnson declared 50 years ago.

But in the meantime, the government will likely devise ever more ways to rationalize visiting “extra” on the unwilling, while crafting ever more euphemisms to package and market its “extras.”

The No.1 Argument Against Voting

A scurrilous attack on the national religion… The $21.6 trillion debt is a bipartisan creation…