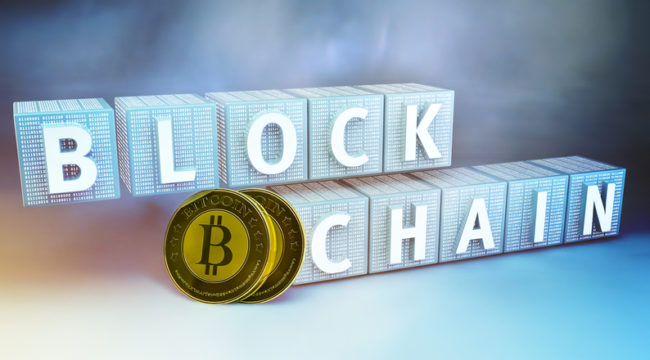 Best Bet in Crypto Now Is “Pick and Shovel” Names

My readers know I’m not a bitcoin proponent. I don’t deny that it’s made some people a lot of money. But even with the recent pullback, I believe bitcoin is a massive bubble.

But I’ve also stated my belief in blockchain technology, which is the technology behind bitcoin and other cryptocurrencies. There’s great promise here.

And despite what some critics may claim, I’m not some technophobe who doesn’t understand the technology underlying cryptos.

I know it very well. I’ve been studying cryptos since before many of their current owners even heard of bitcoin. I actually worked with the intelligence community years ago to counter ISIS’s use of cryptocurrencies to bypass the international money system.

And in my opinion, bitcoin’s hype has run far ahead of reality. But again, I also believe blockchain technology is for real and has great potential. So just because I’m not a bitcoin cheerleader doesn’t mean I’m opposed to all blockchain-based cryptos.

Let me explain my position a little more…

One of the most familiar metaphors on Wall Street is the distinction between gold miners and those who supply the gold miners with the picks and shovels needed to mine. The classic 19th-century version from the California Gold Rush of 1848–1855 is a prime example.

First comes an unexpected gold discovery. Next comes the “gold rush,” when prospectors pour in from all over the world, stake their claims and begin mining gold. Some make huge discoveries of “gold nuggets as big as your fist!” Those miners can get rich quick and retire early.

But that’s not the typical case. More often the ore is of poor quality, the sluice has little to show and the miner runs out of time and money and walks away broke. The abandoned claim sits idle waiting for the next gold rush or optimistic newcomer.

Meanwhile, all of the miners — both rich and poor — need equipment and supplies. It starts with picks and shovels but also includes clothing, lamps, oil, food, dynamite and more.

Entrepreneurs set up to supply those needs.

The most famous such entrepreneur was Levi Strauss, who headed to San Francisco during the California Gold Rush to establish a dry goods business selling clothes, boots and other items needed by the miners.

The point is that the suppliers of “picks and shovels” make money from the successful and unsuccessful miners. Every miner needs clothes and food whether he discovers gold or not.

Something similar is going on in the cryptocurrency space today.

There are over 1,000 cryptocurrencies in circulation. Some, such as bitcoin, have produced quick riches for a few and huge losses for many more who jumped in at prices above $12,000 all the way up to the all-time high of $20,000.

Bitcoin can be likened to a gold strike with a few big nuggets lying in a stream but not much below the surface to sustain it in the long run.

Most cryptocurrencies have little or nothing to offer. Investors in those “gold mines” will go home empty-handed.

But some cryptocurrencies, particularly those that meet my COINN criteria, described below, have excellent long-term prospects.

Those will be like the Homestake Mine in Lead, South Dakota, that produced gold for its owners for over 100 years. 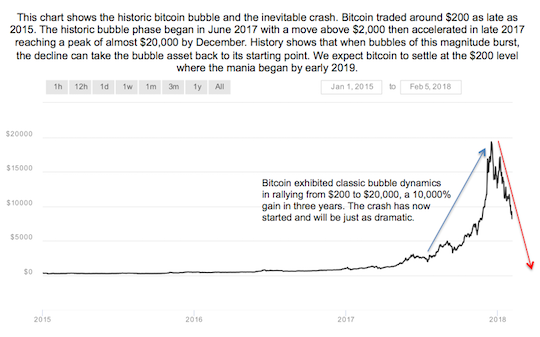 Meanwhile, there’s a pick-and-shovel aspect to cryptocurrencies as there is to gold mining. To be successful, a cryptocurrency needs a practical use case, efficient processing and a robust validation scheme.

Success also requires adoption by major enterprises such as banks, NGOs, or industry consortia in energy, agriculture, transportation or other major economic sectors. Important developments come not from garage startups but from the major technology companies such as IBM, Intel, Oracle and Siemens.

The more radical crypto advocates may insist on so-called “trustless” systems that offer peer-to-peer transactions without intermediation. The reality is that there are no trustless systems. Even bitcoin requires holders to trust that 51% of the miners won’t validate a block that wipes out their bitcoin, or that bitcoin exchanges are not roach motels set up to steal investors’ money.

Meanwhile, large enterprises with billions of dollars to spend on R&D and implementation are interested in distributed ledger solutions to concrete business problems.

A second wave or new generation of cryptocurrencies is now emerging with better governance models, more security and vastly improved ease of use. These new-wave coins represent the future of cryptocurrency technology. These cryptos have much greater potential to disrupt and disintermediate established payments systems and financial intermediaries such as banks, brokers and exchanges.

It is critical that investors have a robust and reliable method for distinguishing between the dead-end cryptos such as bitcoin and the new-wave cryptos with a chance to disrupt banks the way Uber disrupted taxis and Airbnb disrupted the hotel industry.

That’s exactly what my team and I developed over the past year. Our analytic method is called COINN. Those initials stand for:

Let’s take those one at a time to show how you can use the COINN method to distinguish between cryptocurrencies that will soon hit the wall and those with a bright future.

Consensus refers to the fact that participants in a cryptocurrency community are able to select the trusted parties who will perform the blockchain validation function.

This works organically in the same way that Google determines which pages are most sought after for a given search request or Wikipedia determines which content to display from among a community of editors and contributors. It avoids the “dictatorship of the miners” that bitcoin forces on users today.

Open Source refers to the fact that the source code for the relevant blockchain is freely available to all participants. This eliminates closed communities such as a central bank “FedCoin” or an IMF-sponsored “SDRCoin” and other permissioned systems.

Impenetrable refers to the security of the relevant blockchain. The bitcoin blockchain is vulnerable to attack by a cabal consisting of 51% of the total mining capacity for bitcoin. Such a group could create a block that steals all existing bitcoins and then validates that block. Your bitcoin would simply disappear with no recourse, and the malevolent miners would control any amount of bitcoin they desired.

Other types of threats include “Sybil” attacks (so-called after the story of a woman named Sybil who suffered multiple personality disorder). In a Sybil attack, a malevolent actor clones itself on a governance whitelist in order to obtain disproportionate voting power that can be used to steal coins. An efficient coin would be immune to such attacks.

No-Nonsense Governance refers to the technical method for validating a blockchain. Bitcoin today relies on clunky proof-of-work in the form of uninteresting math problems that require nonsustainable amounts of processing power and electricity consumption to solve. This is massively wasteful and inefficient.

Ether requires proof-of-stake, which is wasteful in different ways and excludes white hats who will support honest validations but who may lack the resources to establish proof-of-claim. An efficient coin would allow reliable validation without such wasteful effort.

Nimble refers to the ease of use of the coin. Existing cryptos are too slow, too cumbersome and too expensive to compete with Visa, MasterCard and PayPal in the payments space. The only use case for bitcoin is to support criminal transactions, and even criminals are moving to monero and spectrecoin because they have better security and privacy features.

The same criticism about slow processing times and other inefficiencies also applies to popular cryptocoins such as ether and ripple.

Unless a cryptocurrency can offer payments transactions that are easier, faster and cheaper than existing systems such as Visa and MasterCard, it has no future as a currency. The new-wave cryptos do offer this ease of use.

Companies that can create or support cryptocurrencies or smart-contract tokens that meet my COINN criteria are the future of the blockchain.

I myself have argued that blockchain technology has a bright future, even though I believe bitcoin does not.

The bottom line is, don’t invest in older cryptocoins that don’t meet my COINN criteria.