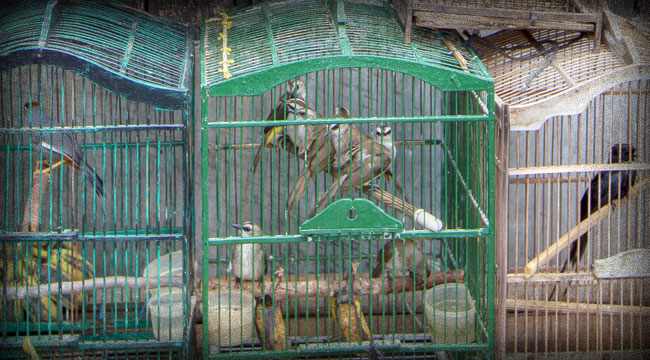 Our friend was clearly exasperated. He couldn’t believe it.

“Ten-to-one” wasn’t the time…nor the odds he’d been offered for backing some dodgy ol’ nag down at the racetrack. It was — it is — the unofficial “blue” rate at which pesos are exchanged for dollars here in Argentina.

“Why is this peculiar?” Fellow Reckoners want to know. “Why should those of us who don’t carry Argentine liabilities worry about what’s going on south of the Pampas?”

Ah, we’re glad you asked. Think of the Argentines as a kind of canary, deep down the mineshaft of monetary mismanagement. What the Argentine government does not know about how to ruin an economy is probably not worth knowing. In 160th position, the latest Heritage Economic Freedom Index ranks the uselessly resource rich country a couple of slots above Uzbekistan…and a couple below Angola. Cristina Kirchner’s bestest buddy, the late Hugo Chavez, managed to drive his own poor nation down to the 174th spot on that list before his bilged corpus reached room temperature, narrowly beating out the centrally-planned paradises of Zimbabwe, Cuba and North Korea. In Christina’s eyes, there’s still more work to be done in impoverishing “her” people.

In other words, the Argentine state is a shining example for all meddler states…yours included. So, back to our story…

The ten-to-one exchange rate is important because it tells us (albeit approximately) just how detached from reality the Argentine government has become…and it is a leading indicator on just how detached from reality all governments eventually become. It also reveals to us the sad and sorry state of the local economy, as experienced by real and honest people, those hard-working folk who don’t hold positions in the nation’s political class.

At ten-to-one, the “blue” rate demonstrates an enormous spread over the official exchange rate, which currently sits at 5.14 pesos to the USD. La brecha — the spread — between what the government decrees and what the market realizes is, in other words, non-trivial.

We took a bottle of wine to a friend’s place a couple of nights back. One hundred pesos it cost us. At the official exchange rate, that’s a $20 vino tinto. Not bad (and a good drop it was, too!) At the unofficial rate, however, it worked out at only $10. How could this be?

First of all, Argentina has fantastic wine at any price. Your editor’s wife won’t have him spend more than a few months per year in climates that aren’t conducive to producing fantastic local wine. We go along because we don’t want any trouble…

Secondly, nobody changes dollars for pesos here at the official rate. Not if they know what’s good for them. A few blocks from where we sit is a casa de cambio that follows the unofficial rate. Everyone knows it’s there. The police — mostly corrupt and “on the take” anyway — know it’s there too. Heck! they stand right across the street, smoking cigarettes and watching people come and go…nervous old ladies clutching their purses…young businessmen converting their pay out of pesos…sweaty foreigners in backpacks who read about the “dolar blue” online and want a better rate than CFK’s goons will give them. The cerdos policias do nothing. They can do nothing. There are thousands of places around the city where people buy dollars illegally.

The whole scene is a pretty fair example of Gresham’s Law, where (simply stated) “bad money drives out good.”

As with everything here in Argentina, there is the “official” number…and then the truth. “Officially,” inflation runs at just shy of 10%. Unofficially, it’s closer to 30%. And, truthfully, it’s probably a fair bit higher again. Maybe 40%…or more. As such, Argentine savers — who are used to thieving politicians swiping their hard-earned dough — look to save in currencies their government can’t (directly) manipulate. The US dollar is the most popular choice…hence the reason it’s virtually illegal to buy them…and hence the reason for the black market premium.

“Hoy por hoy, no es mucho,” they say. The value of the peso decays by the day…and along with it goes the value of the savings and retirement accounts of the long-suffering people of Argentina.

And so, from time to time la gente organize protests and demonstrations against “La Dictadura.” They bang their pots and march up and down the streets. They gather around el obelisco, waving placards and chanting slogans. But for what? Isn’t asking the State not to steal your money a bit like lobbying the KKK to amend their unequal employment policy? Ain’t gonna happen, brother! Just as racism and bigotry form a core part of the KKK’s…ahem… “value set,” stealing, coercion and violence are defining components of the State’s genetic code. After all, if it didn’t steal from you, it wouldn’t be called “the State”…it would be called “a business,” and you’d be free to purchase its goods and services (such as they are)…or not.

“All governments engage in larceny and fraud,” observed Bill Bonner earlier in the week, “using their authority to transfer wealth and power from the outsiders to the insiders. But the clever government does so by deception… while the clumsy one does so with no pretense or excuses.”

We have little doubt that ten-to-one will soon become twenty-to-one… thirty-to-one…one-hundred-to-one and beyond. It’s in the nature of governments to steal from their people. The Argentine people have come to expect it. They march along and bang their pots…but secretly they are making escape plans. Those in the “civilized” world, by contrast, have no idea what’s coming. Our sense is, they’ll find out soon enough…