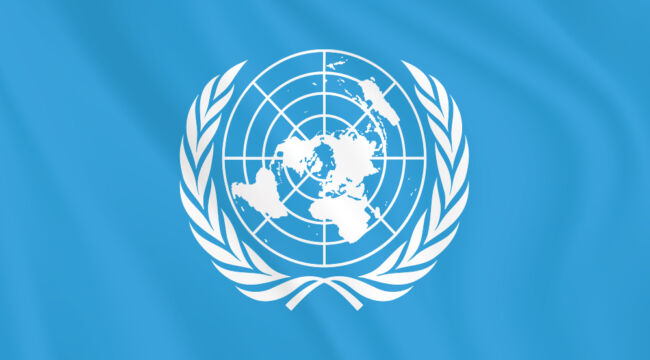 At its recent climate confabulation it announced a:

That is, a breakthrough agreement to fleece the United States taxpayer. It is he — and she — whose pocket the United Nations would pick.

That is because the United Nations fingers the United States for such disasters, uniquely.

Yet if the United States must shoulder the blame for the world’s “climate disasters,” should it not accept credit for climactic improvements? 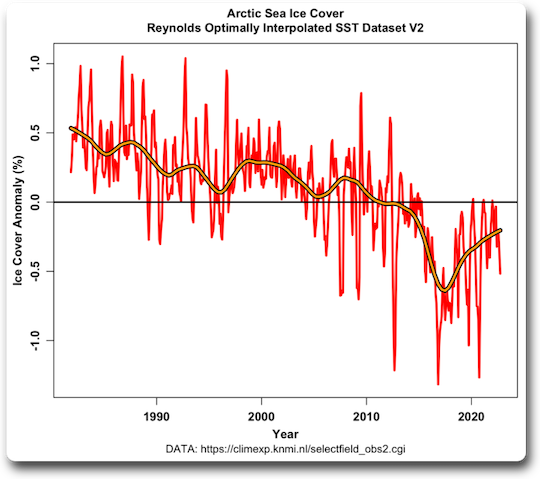 Yet Arctic ice went trampolining in 2018 — despite carbon dioxide’s relentless assaults. How can this be?

We ordered our men to ransack the available scientific literature. What did they discover?

Here is the short answer: Nobody knows.

Here is the long answer — and please pardon the abstruse scientific terminology: Nobody knows.

No More Ice! The Sky Is Falling!

Since around 1990, people have been talking about how human-emitted CO2 is busily reducing the amount of Arctic sea ice. When it started dropping very fast around 2015, there was talk that we’d passed a “tipping point” from which the Arctic ice would never recover. And over this entire time, predictions of an “ice-free Arctic Ocean” abounded.

But then… around 2018, the Arctic sea ice rebounded.

Why did it suddenly start dropping so fast post-2015? Nobody knows. Not one scientist on the planet can tell you. Why the quick turnaround and rebound starting in 2018?

Nobody knows. Not one scientist on the planet can tell you.

By his own admission, this fellow is not a credentialed authority within the environmental sciences. Yet our men’s ransackings of the scientific literature yielded identical conclusions:

Maybe the Little Ones Are Responsible

Explanations include shifting wind currents and meteorological phenomena such as “El Nino” and “La Nina.”

The English-translated “little boy” and “little girl” wield substantial influence over sea temperatures… so we are told.

There is also the sun to consider — we are told it gives off a varying glow.

Meantime, we learn that over half of today’s Arctic glaciers and ice caps failed to exist 3,400–10,000 years ago — or were smaller in size.

Yet today’s Arctic ice holds a deeper grip than it did thousands of years past… when carbon dioxide concentrations were nothing against today’s (a nice point to put somewhere).

Your editor concedes he commands a rudimentary knowledge of the environmental sciences. Yet he is greater swayed by the natural theory than the carbon dioxide theory.

Our minions have investigated the literature on carbon dioxide. From them we learn:

Of those 100 cases, 99 are not greenhouse gasses whatsoever. They are therefore irrelevant to our inquiry.

Of the one bottle that represents this demon molecule, perhaps 50 milliliters represent mankind’s annual contribution — roughly one shot glass.

And so… of our theoretical atmosphere of 2,400 liters, humans contribute perhaps one shot glass of carbon dioxide per year.

Alternately: Analogize the atmosphere to a 100-story building. The human CO2 concentration rises to the linoleum on the ground floor — no higher.

Yet the United Nations informs us that this relative trifle is scorching the planet. We request authenticated documentation — chapter, verse, line, letter.

Please include the footnotes.

As we have conceded in the past: It is fully plausible that fuel burning has tinkered Earth’s temperature. But a tinker is not a manipulation.

And again we concede the science is… complex. Moreover, that it is beyond our slender comprehension.

Yet if Earth’s climate was so exquisitely sensitive to minor carbon dioxide rises… why didn’t it erupt long ago?

Our men inform us this planet has previously endured CO2 levels 25 times or greater than today’s.

Yet the match never struck.

The catastrophists warn us nonetheless that we will roast if emissions continue — and that they have models in proof of it.

Garbage In, Garbage Out

Yet do these models give true readings? They do not. From a 2020 report by the American Geophysical Union:

The tendency of climate models to overstate warming in the tropical troposphere has long been noted… We focus on the 1979–2014 interval, the maximum span for which all observational products are available…. all 38 models overpredict warming in every target observational analog, in most cases significantly so, and the average differences between models and observations are statistically significant.

All 38 models! Can you believe it? Further razzing comes by way of geophysicist Mr. Allan MacRae:

When the UN Will Admit It Might Be Wrong

Even the catastrophists themselves are beginning to cough behind their hands, disappointedly. They concede they were yelling wolf. Science magazine:

The climate models that help them project the future have grown a little too alarmist. Many of the world’s leading models are now projecting warming rates that most scientists, including the modelmakers themselves, believe are implausibly fast.

The United Nations nonetheless fingers the United States for the “climate disasters” that besiege the world.

Should the UN not then credit the United States for the expanding Arctic ice? Here is precisely when you can expect it: