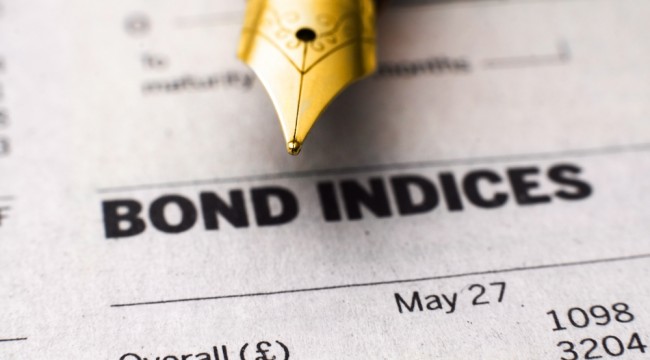 A Requiem for The Bond Market

The central banks of Japan and the U.S. are killing the private market for government debt. The massive and unprecedented bond-buying programs for Japanese Government Bonds (JGBs) and Treasuries have driven yields so low that investors are now simply stepping aside from involvement in that market entirely.

Monthly trading of JGBs has fallen to just $385 billion, the lowest level on record, clearly illustrating that private institutions are no longer comfortable holding Japanese debt. Perhaps because the bench-mark Ten-Year Note yield has dropped by 55% during the last three years and now offers a yield of just 0.6%. This paltry yield exists solely because of the BOJ’s 7 trillion Yen per month worth of debt monetization. Be assured, if the free market were allowed to dictate bond yields, Japan’s 2% inflation target coupled with its quadrillion Yen worth of outstanding debt (244% of GDP) would cause interest rates to soar in that island nation.

Similarly, the U.S. Federal Reserve is on pace to purchase 80% of our annual deficits. The central bank has crowed out and scared away private investors with our $17.15 trillion debt and a zero percent interest rate policy — that will probably be in effect for at least eight years. Investors are very much aware that our massive debt and a $4 trillion Fed balance sheet pose huge credit and inflation risks that is not at all reflected by a Ten-Year Note trading below 3%.

But market fundamental don’t matter in the short run when central banks completely overwhelm the private sector. However, with each passing day these bond markets — and indeed entire economies — become more addicted to these artificial rates. And, as money printing succeeds in creating rising inflation, interest rates are becoming more and more negative. Negative real interest rates that are falling over time are cause investors to eschew sovereign debt ownership by ever-increasing numbers.

Rising inflation rates, massive outstanding debt and zero percent interest rate levels are completely antithetical to free markets. Therefore, what the Fed and BOJ have created is an interest rate vacuum. The BOJ and Fed may eventually step aside from debt monetization programs once inflation targets are reached. But this will create a sudden and tremendous move upward in yields, as bond prices to plunge to a level that begins to once again attract the interest of private investors.

I have warned many times in the past and even written a book about the coming bond market collapse. These central banks will have to continue in perpetuity being the dominate buyer of government debt, which will lead to hyperinflation, or choose to step away from debt monetization and allow interest rates to soar, which will lead to a deflationary depression. Either decision will carry with it incredible ramifications to investors.

Nevertheless, the major point being overlooked by the Fed and the markets is If the Fed, ECB or BOJ were to decide to move away from quantitative easing they will have to coordinate that tightening amongst all three banks. If any one of these central banks acts unilaterally, it will cause a humongous and disruptive move in currencies. For example, if Janet Yellen were to start tapering the Fed’s QE program while the BOJ and ECB kept its monetary policies intact, the dollar would soar. This would cause the new Chairman to panic about deflation (deflation is public enemy number one, according to this new era of Keynesian central bankers), while the stock market crumbed due to downward pressure on earnings from U.S. based multinational corporations. Of course, the chances of getting the Fed, BOJ and ECB to agree on tightening monetary policy in the near future are about the same as their target rate on interest rates — zero.

Therefore, expect interest rate manipulations on the part of these central banks to last far longer than most on Wall Street anticipate. This means inflation is now the primary threat to investors’ portfolios. The need to own hard assets should become even more pronounced next year, as markets gradually come to realize that central banks have totally killed the private market for sovereign debt. And any resuscitation of government bonds will require a rise in interest rates that will be, unfortunately, catastrophic.

P.S. If you’re waiting for tapering to begin, you may be waiting a long time. As QE fails to hold the economy steady, investors will need the right strategy to keep from getting burned by the Fed. Readers of The Daily Reckoning email edition get the story not being told and crucial tips to protect and grow their wealth. Click here now to subscribe.