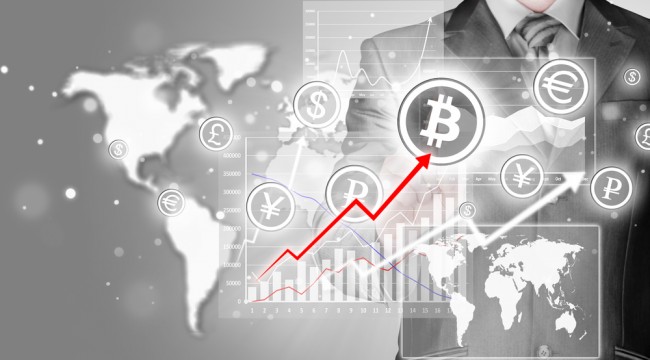 A New Way to Tap Into the $6.42 Billion Bitcoin Market

Yesterday (in our essay “The New Bitcoin Trend that Could Make You $100,000 per Month”) we began to show you how Bitcoin ATMs, or BTMs, are making it easier, faster and more secure to buy, sell and convert Bitcoin and other cryptocurrencies.

In short, BTMs link an estimated $6.42 billion online Bitcoin market to a physical backbone that takes cryptocurrency to the next level.

And if you set up your own BTM, we’re estimating that you could make at least three-five times your investment in the first year. Then it keeps on giving as an income strategy.

This investment idea is fulfilling a real demand; think about what it will change…

Simply put, a BTM adds the next level of convenience, bringing Bitcoin to people on the street. Better yet, a BTM delivers you more security.

The only downside for the user (not the operator) is that instead of no fees, there’s a “fee” for a BTM. It varies: Usually, the fee factors in the current market price of Bitcoin plus a markup by the operator.

But the fee is actually going toward a service, and pays for all the benefits listed above: the speed, convenience and security. People have already proved that it’s well worth its weight.

And the fee also pays the operator, since they’re responsible for loading the machine with currency, similar to the way a bank ensures that its ATMs hold enough to cover its cash withdrawals.

Today, we’ll show you one of the “big four” BTM manufacturers you should know about if you’re thinking about setting up your own BTM. We’ll also show you how ATMs and other machines are changing the Bitcoin ecosystem…

So without further ado, let’s pick up where we left off…

Yesterday, we briefly mentioned that the first BTM to go live was in Vancouver, Canada, at Waves Coffee shop at 900 Howe St. It was an instant success, hosting over $1 million in Bitcoin transactions in the first month alone (remember, they took a 7% cut). And business remains steady.

It was so profitable, in fact, that entrepreneurs went on to open up BTMs in London, Romania, Singapore and Tokyo. That group of operators chose one supplier for their business, and it’s our favorite — and, spoiler alert, what we’ll recommend at the end of our series. But before we get to it, it’s important to look at the world’s other top three suppliers that compete with our choice. (We’ll look at the first two of them today…) That way, you’ll know what you’re up against, and you’ll know how to adapt to the changing market as BTM technology advances.

“Open Source is the key to the future of humanity, commerce & all things created by humans…”

The first supplier competing with our favorite happens to have the most BTMs throughout the world. Let’s check it out…

Wait a minute… you may be thinking, I thought there were only 200 working Bitcoin ATMs that were live? Well, yes. You see, although Lamassu is deploying high volumes of machines, like the one that just went live in Flat 128 in West Village, Manhattan…

Not all of their machines can convert local currency into Bitcoin. So there are really only 80 Lamassu machines actually operating worldwide. That’s still 40% of all machines.

So how did Lamassu capture nearly half the market? Well, there’s a perfectly reasonable explanation.

In the world of Bitcoin ATMs, there are one-way and two-way machines.

Lamassu sells one-way machines. The company declared its goal is to make buying Bitcoin as easy as buying soda from a vending machine. And that’s what their BTMs act like: vending machines. You walk up to them and insert cash and they convert it into bitcoins that are sent to your Bitcoin account. That’s it. It’s only one-way.

But that’s not the future of Bitcoin. Granted, we like where this is going, because it also helps out an ecosystem of other Bitcoin machines.

A company called Bitcoin Kinetics provides the best example of enterprise that’s building every other Bitcoin machine you can think of. Their engineers create actual vending machines, ticket machines, laundry machines, parking meters, payment kiosks, arcade payment devices, ATMs (similar to Lamassu) and more. They even have a circuit board, humorously nicknamed “Raspberry Pi,” that allows you to use Bitcoin on all these things, instead of local currency. They are even making Bitcoin gas pumps!

So the ecosystem that contains Bitcoin Kinetics, Lamassu and the other “big three” BTM vendors is creating a competitive marketplace that’s bringing Bitcoin technology forward.

As a parting note, consider what Bitcoin Kinetics is doing. Here’s what their founder said on Reddit:

“If I can help make a lot of humans safe & healthy I will do so by making you & all humans as much money as I can. I want Bitcoin Kinetics to feed, shelter & employ as many people as possible.

“Open Source is the key to the future of humanity, commerce & all things created by humans in my overt opinion. Bitcoin Kinetics is working on making the safest, smartest & most efficient software for the open source community to run with.”

P.S. As I mentioned yesterday, the first time our little independent firm wrote about Bitcoin was back on June 3, 2011. The price was about $10 per Bitcoin. Today, it hovers around $500. I’ll let that sink in for a moment… That’s 50 times your money! But cryptocurrencies are only one vein we mine in our FREE daily e-letter, Tomorrow in Review. We also cover a variety of great innovative technologies that are set to skyrocket and make a handful of investors a ton of money in the process. Don’t miss another issue or any of the great investment opportunities contained within. Sign up for the FREE Tomorrow in Review e-letter, right here.

There Is No Such Thing as Cryptocurrency