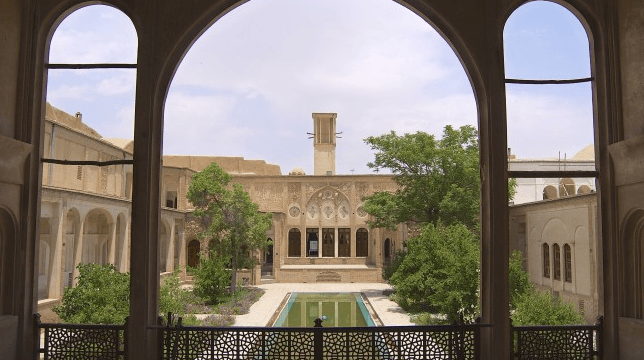 A Duo Of Dicey Deals

It’s turning into a week of deals.

On Monday morning we had the news of what European Commission President Donald Tusk cringingly called an “agreekment”.

Then yesterday news broke of the Iran nuclear deal.

Question: What do these two deals have in common?

Answer: They both came about following economic sanctions.

Of course, there was no formal sanctions regime against Greece. But the dynamic was identical.

Greek PM Tsipras was forced back to the negotiating table after the country was put in an economic stranglehold. He accepted conditions he likely wouldn’t have accepted otherwise.

Tsipras was also forced to impose capital controls after the European Central Bank capped its support for Greece’s banks. It’s now impossible for many people to get funds out of the country, as was already the case in Iran.

Deals done under duress have a nasty habit of coming unstuck. You can bend someone’s arm up their back and force them to agree to something. But can you then trust them to do it?

Another question: Did anything really change on Greece over the last few days?

My answer: Actually, yes. The German finance minister set an important precedent when he proposed a five-year “time-out” for Greece.

The idea was a strange one.

As economist George Magnus succinctly points out: “If Greece were successful outside the euro, with a mega-devaluation and its debt ‘zeroed’, it wouldn’t need to re-enter. If it were not, then it wouldn’t be re-admitted.”

As it was the “time-out” hasn’t happened. Nonetheless, this is the first time an exit mechanism from the single currency has been put forward at an official level.

Previously policymakers have insisted the euro is “irreversible”. The notion is hollow now.

The euro now looks a little bit less like a single currency and a little bit more like a fixed exchange-rate mechanism (albeit one that uses super strength glue).

This matters because fixed exchange rate regimes are traditionally vulnerable to speculative attack.

Remember when the pound crashed out of the old ERM on 16 September 1992 (Black Wednesday)? Speculators like George Soros shorted the pound and ended up making a packet.

Now, there’s no mechanism for shorting a Greek or even a French euro against a German euro. But there is another market in which speculators can place their bets against weaker members: the sovereign debt market.

Sovereign debt has been at the heart of the euro crisis right from the start. The ECB finally threw a fire blanket over it three years ago by promising to keep a lid on a euro member’s borrowing costs (but buying its bonds in the market) if they spiked too high.

So far the ECB has not had to use this program, known as Outright Monetary Transactions, or OMT. It will be hoping it never does.

But things have changed now:

This last point matters because a country needs to be in a bailout in order to benefit from OMT. The more unpalatable bailout conditions are, the more likely the next troubled government will be to sign up to them. And thus the greater the likelihood they will leave the single currency.

Speculators will be licking their lips at the prospect of shorting the debt of the first euro member to finally leave club (though in truth I expect there will be several near-misses that could hurt shorts badly, given the ECB firepower that could be ranged against them).

A few words on Iran before I go. Not from me, because it’s not really my area, but from my American colleague Byron King, a full-time military tech analyst and former aide to the US Chief of Naval Operations.

Here’s what he says about the alternative to a deal:

In fairness to U.S. nuclear negotiators, they certainly knew how difficult it would be to take “other” steps in the event that negotiations failed.

Any attack on modern Iran to take out its nuclear sites would require weeks and perhaps months of constant bombing. It’s entirely a warlike operation; not some quick, in-and-out punitive expedition. We’re looking at large numbers of ships, submarines, aircraft carriers and associated aircraft, long-range aircraft, support aircraft (electronic, and LOTS of tankers)… and many people in front-line, combatant service. Lots of munitions too, of course.

Attacking Iran is an immense military and diplomatic challenge.

Jim Rickards meantime met last month with a former head of the CIA and NSA, General Michael Hayden, and talked to him about America’s financial war against Iran.

Jim relays the key points from that discussion in this month’s issue of Strategic Intelligence.

“Investors are still behind the curve,” writes Jim, referring to the types of assets you should hold to avoid being caught in the crossfire of financial warfare. If you’re not a paid-up subscriber, Jim has more on the threats financial warfare poses, right here.

Ben Traynor
for The Daily Reckoning