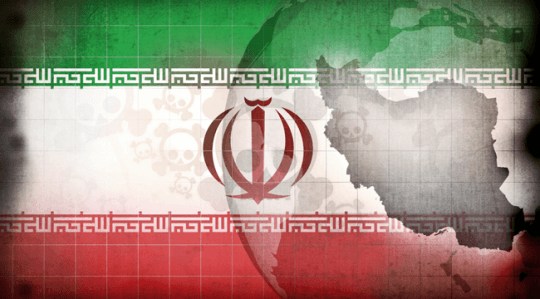 Some “deal” out of Vienna today, eh?

I say “deal” because that’s what Washington politicians call it.  It’s not a “treaty,” lest President Obama — who once taught Constitutional Law at University of Chicago, we are often reminded — be required to follow the pesky document, and submit said international understanding to the Senate for approval.

Then (God forbid!) the text might become public and people would read it.

President Obama stated on television this morning that he “looks forward to a robust debate” in Congress on the terms of this agreement with Iran.  Then he said that he’d veto any legislation that might restrict his executive implementation of the pact.

So… first a robust debate; then we’ll do it all his way.  Surprised?

Details of this latest diplomatic coup remain sketchy.  From all appearances, Iran can maintain its nuclear development program.  It’ll be at a reduced level – reduced from what, there’s no saying; certainly not by the famously secretive Iranians.

Sanctions on Iran will go away over the next few months.  By early 2016 Iran will be able to sell oil and buy whatever it requires to run the national economy.  Perhaps some new airliners from Boeing (BA:  NYSE), if reports are accurate.  (Not Airbus, because Iranians are annoyed that the French negotiated too hard during those lately-concluded nuclear talks.  Call it payback.)

From what I can discern, there’s a “24/7 inspection regime” on Iran’s nuclear activities, except it comes with a two week notice period.  That is, the West (meaning the U.S.) must give Iran two weeks’ notice before conducting a “24/7” inspection of weapon sites.  Perhaps the idea is that, with sufficient notice, the Iranians will forget to hide whatever it is they’re doing that violates the agreement.

Meanwhile, Iran’s leaders will continue to hold massive public rallies in which the main message is along the lines of “Death to America,” and “Death to Israel.”  That, and they’ll fund a global fifth-column network – Hezb’Allah, and other units – intended to wreak havoc behind the lines at a time and place of Iran’s choosing.

Indeed, hatred towards the West – and Jews – is a key unifying force of the current Iranian regime.  What would they do without us?  Without Israel?

I’m sure we’ll learn more about the new “deal” in coming days and weeks.  Right now, it’s difficult really to put one’s finger on exact terms.  Based on news accounts, nobody in authority speaks with any degree of clarity.

For example, according to a senior Obama administration official quoted in the New York Times, “This has been like a Rubik’s Cube, and we have been waiting for the pieces to click into place.”

For now, it’s fair to say, even at this early moment when euphoria reigns, that we are not witnessing another grand moment of U.S. and global diplomacy.  That is, Iran will quietly, firmly continue its nuclear program; and Western politicians will continue to pretend that things are under control.  It makes the Greek debt crisis look like a model of rationality and effective problem-solving.

If you’re an American, don’t worry.  Nobody is going to nuke us; not Iran, anyhow.  We have lots of submarines, bombers, munitions and such.  That, and we’re buying more.  Heck, we’re in the midst of a defense spending spree that’s doubled many a share price index over the past couple of years.

Let me offer an aside to answer some reader emails.  Several subscribers wrote to ask what would an attack on Iranian nuclear sites look like?

Well, I’m not about to describe in detail what happens in U.S. planning cells, where very smart people generate target packages.  But it’s fair to say that nothing about attacking Iranian nuclear sites is fast or easy.

None of this one- or two-day, “big raid” nonsense.  Bomb Iran?  You kidding?  In fairness to U.S. nuclear negotiators, they certainly knew how difficult it would be to take “other” steps in the event that negotiations failed.

Any attack on modern Iran to take out its nuclear sites would require weeks and perhaps months of constant bombing.  It’s entirely a warlike operation; not some quick, in-and-out punitive expedition.  We’re looking at large numbers of ships, submarines, aircraft carriers and associated aircraft, long-range aircraft, support aircraft (electronic, and LOTS of tankers)… and many people in front-line, combatant service.  Lots of munitions too, of course.

Attacking Iran is an immense military and diplomatic challenge.  Begin just with the need to coordinate with other nations in the region, for use of ports, airfields and more.  By allowing U.S. access to facilities, they’re crossing their own, respective Rubicons, so to speak.

On the attack-side of things, every modern campaign begins with suppression or destruction of air defenses – aircraft, radars, anti-air missiles, anti-air artillery, electronic jamming sites and more.  That’s not easy on the best of days, particularly because opponents on the ground have a tendency to shoot back when you bomb them.

Then comes degrading the actual target list, and that list is much longer than most people might think.  We’re not dealing with a few nice, clean, tightly-ringed sites full of nuclear scientists and equipment.  Nothing is marked on maps, either.  Bomb Point A; bomb Point B; etc.  We’re looking at multiple locales, many of them not well known or understood, and many more buried – and I mean deeply.  Just compiling the target list and assessing bomb damage would be quite a feat.

Thus it’s very dangerous thinking to believe that there’s anything approaching a speedy, kinetic solution to Iran’s nuclear program.  The alternative to a “deal” with Iran is of course “no deal,” if not a “better deal.”  The “drop bombs” alternative is a gigantic – and dangerous – commitment of national power; and never forget that war is a dark room.

Looking ahead, history may or may not remember Pres. Obama for this Iran “deal” legacy.  This latest effort may work, or may crash and burn.  We’ll likely live long enough to find out.  But history would certainly remember Obama if he bombed Iran.  Start a war, and there’s no telling what will come of it.  Sometimes, wars end in calamity, you know.

Meanwhile, more weapons are being bought. If you live in the Middle East watch checkbooks come out now.  Saudi Arabia is one obvious candidate for more weapons purchases.  If Iran is on a pathway to get an Atom Bomb — even a scaled-back pathway — then Saudi won’t be left behind.  Expect more sales of conventional weapons, radars, command and control and more… as well as a quiet nuclear program sponsored by Riyadh.

Big sellers?  Oh, the usual suspects, to be sure.  Boeing and Lockheed (LMT:  NYSE).  Then add in Raytheon (RTN:  NYSE); the company is heavily focused on foreign military sales.

Or consider India and Pakistan, both established nuclear powers.  There’s no love lost between the two nations, but over the decades they’ve grown to understand how to deal with each other.

Now place Iran on a pathway to slow nuclear breakout.  It complicates things, with a third nuclear player in the same neighborhood.  Thus expect India and Pakistan also to go shopping for systems appropriate to a nuclear Iran – radars, command and control, long-range strike, precision munitions.  Pakistan will likely buy Chinese and some U.S./Russian equipment.  India will buy Russian, and some U.S. equipment; not Chinese, for obvious reasons.

Frankly, and further afield from the Middle East, if I was making policy for, say, Japan or South Korea, I’d look at U.S. actions with respect to Iran, and funnel lots more money into my own, stealthy national nuclear program.

Really, should South Korea and Japan continue to trust the U.S. and its so-called “nuclear umbrella?”  Not for a minute.  The U.S. will never sacrifice one square inch of its territory as payback for an attack by some third party on Seoul or Tokyo.

Thus watch for added momentum to the Asian arms race, too.  Aircraft, ships, submarines, electronics, munitions, logistics and networking capability.  The world is arming up.

In other words, if anyone thought that the Iran nuclear “deal” would make the world a more peaceful place, they were mistaken.  The arms race is heating up.