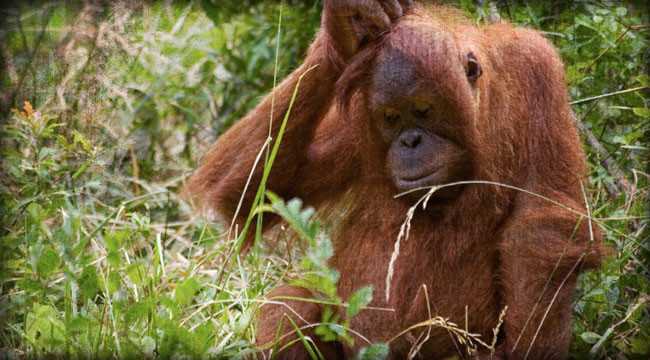 A Currency the Fed Can't Figure Out

Now, this is sheer entertainment. The Chicago branch of the Federal Reserve has addressed the great monetary question of our day. A researcher has taken a detailed look at the prospects for market-based crypto-currency, with a special focus on Bitcoin. It concludes that Bitcoin is not a viable replacement for the dollar. The report includes some dark hints that should it ever become so, it should probably be crushed.

What’s funny and fascinating is to follow the thinking here. What you discover is the greatest act of Freudian projection I’ve ever seen in a Federal Reserve study.

Bitcoin keeps going up in value relative to the goods and services it buys. That’s a pretty weird and unprecedented thing.

“It is hard to imagine a world,” says the unimaginative study, “where the main currency is based on an extremely complex code understood only by a few and controlled by even fewer, without accountability, arbitration, or recourse.”

Blink, blink. This is the Fed talking here. Talk about complex. When the Fed governor speaks in Congress, he (soon she) speaks in such a blithering array of econ-babble that no one dare respond, for fear of seeming ignorant. It’s like the first day of an Intro to Physics class. The professor asks if there are questions, and everyone sits in terror.

In a half-century of this nonsense, only Ron Paul ever really dared to ask serious questions of the Fed. The main way the Fed avoids questions is to blind people with crazy statistics and complex analysis. One might say that the Fed’s management of the dollar is based on “extremely complex code understood only by a few.”

But no, this is what the Fed says of Bitcoin, an open-source protocol that anyone can download, examine, and critique, a currency that has its every single transaction logged in a public ledger in the cloud. Never in history has there been a more transparent money.

It gets better. Here is another example of the Fed “criticizing” Bitcoin. Recall that no government agency created Bitcoin. It was an invention of one person or team that wrote up the protocol for a perfect money and dumped it on an obscure Internet forum. Eight months later, it obtained a market value. Since then, it has grown and grown and is now being used all over the world. It has a market capitalization of $4.5 billion, and the exchange rate to the dollar shows ever increasing value.

This has all been accomplished without any third-party sponsorship or support from the state. That’s a bit embarrassing for an agency that claims to be absolutely essential for the management of the U.S. monetary and global empire. We could never abolish this wonderful institution!

So how does the Fed account for Bitcoin? “Bitcoin is free of the power of the state,” says the report, “but it is also outside the protection of the state.”

Scary! The writer presumes that everyone believes the state has been protecting the dollar! If you assume that 100 years ago, when the Fed was created, $1 dollar was worth $1, today it’s worth less than 5 cents.

In contrast, Bitcoin keeps going up in value relative to the goods and services it buys. That’s a pretty weird and unprecedented thing. In other words, if you hold Bitcoin, you actually see your wealth grow even without investing. That is the way sound money works. It is what the Fed decries as “deflationary,” a word that only means it gets more valuable.

The Fed assures us that “throughout most of Western history, the state has involved itself in money. At a minimum, the state has used money as a coordinating device, usually supporting its value by accepting it in the payment of taxes.”

You think being taxed feels like being robbed. The Fed says no. You are being taxed so the dollar will continue to have value. This is a restatement of the “valor impositus” position from the Middle Ages — a great lie from kings that they are the reason anything is right about the world.

It gets even weirder. The report adds, “One main function of money is to free a debtor from his or her obligations, tying money to an essential state function, the administration of justice.”

But actually, the effect of the Fed has been exactly the opposite. There is no way that the government could have racked up a crazy and unpayable $17 trillion debt without the Fed promising to print enough money to bail out the system no matter what. In fact, the whole reason the Fed was created in the first place was to allow the government to go into debt without facing market-based consequences.

In other words, the Fed has not freed us from debtor obligations, but rather imposed vast obligations on us and many generations to come.

The Fed offers one more big criticism of Bitcoin. Here again, the jaw drops. Prepare yourself for this broadside: Bitcoin has “a status of quasi-monopoly in the realm of digital currencies by virtue of its first-mover advantage.”

Yes, a quasi-monopoly. Maybe that should be considered better than the full-blown monopolistic cartel that the dollar represents. What’s next? The Federal Trade Commission needs to get in there and break it up? That would be a very amusing thing to watch.

Bitcoin is called the “honey badger” of currencies for a reason. Its march proceeds regardless.

There has never been a currency more resistant to control by government than Bitcoin. It lives on a distributed network. The feds could take down a trillion copies of the ledger, but it could live again as long as one copy survived. It is exchanged person to person, with no third-party involvement, making it even more resistant.

Plus, the use of cryptography to guarantee the integrity of transactions makes it almost impossible for outsiders to access the identity details behind transactions.

Indeed, this is the whole reason for the structure of Bitcoin. It was made to be state resistant. It was made to thrive without the intervention of a central bank. It has no single point of failure. Therefore, of course, it is driving the elites just about bonkers.

But if this is the best the Fed can do, the future is rather bright. I can’t think of any less plausible criticism than for the Fed to criticize Bitcoin — which the market has been free to accept or reject — as a secretive, complex, and cartelized system.

Meanwhile, Bitcoin is called the “honey badger” of currencies for a reason. Its march proceeds regardless. The supposed bubble and bust of this last March is already looking like growing pains. Even if you bought at the top, you would have already seen a 50% return on your money.

Bitcoin will continue to be misunderstood, smeared, attacked, and denounced. But you know what? Bitcoin just doesn’t care. Every month that goes by, it gets more popular, more useful, more accessible. Someday it could be the new world reserve currency, and it will leave these stuffy researchers in Fed palaces crying into their morning cappuccinos.

Ed. Note: On matters of money, the Fed’s hypocrisy knows no bounds. But what did you expect? Of course the Fed had to denounce Bitcoin, and for the very reasons it so vehemently supports the U.S. dollar. But nothing lasts forever, and when the tide changes on the current world reserve currency, you’ll want to be prepared. Signing up for the FREE Laissez Faire Today email edition is a good start. Every day Laissez Faire Today readers are treated to the most important essays on liberty and freedom the world has to offer. And it is completely free to sign up. Start getting your daily issues today, right here.