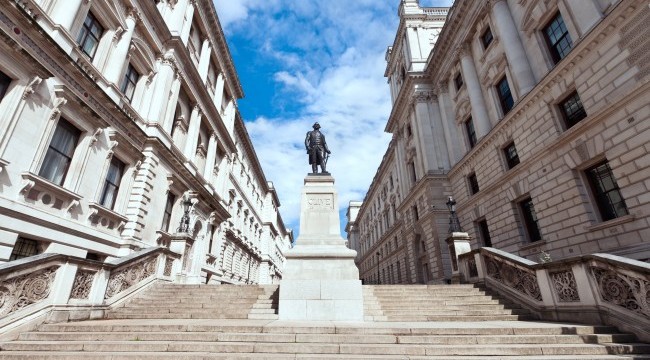 In a previous job I had occasion to look over a rather interesting document. Compiled by Her Majesty’s Treasury, it was a blow-by-blow account of the British government’s actions during the 2007-08 financial crisis.

There were no state secrets there. Nothing especially juicy. But it was fascinating to see it all laid out in one place. The key events, the key meetings, the sense of urgency.

It was like the beat sheet screenwriters put together to outline the plot before they write their first draft. And surprisingly readable for an official document.

One thing that struck me was that, as the crisis developed, there was a growing sense that policymakers worldwide shared a common purpose.

For all the ham-fisted responses, flawed policy and denials-of-reality that came out of that period, as the crisis deepened it galvanized those in charge to meet it together.

The acute phase of a crisis tends to do that. It was the same when the Eurozone crisis bit hard in May 2010. Greece needed a bailout – this was swiftly arranged.

Of course, as everyone knows, it was inadequate. Contagion spread to other euro members, Greece itself need further bailouts, the crisis moved from its acute phase to its chronic phase.

This morning we woke to news of yet another last-minute agreement reached between Greece and its creditors, after yet another all-night haggling session.

According to reports it was Greek PM Tsipras who blinked. He’s agreed to rush through reforms and put €50bn of state assets into a special trust fund that will not be controlled by the Greek government. The idea is to sell them and use the money to pay down Greece’s debt.

We can now look forward to yet more emergency sessions in parliaments across the Eurozone as leaders seek to force the deal through.

I finished Friday’s DR musing that the Eurozone crisis — and in particular the Greek part of the crisis – has undermined the will of European leaders to work together. This is what happens when a crisis has moved into its chronic phase.

Now that a Greek deal is agreed, it’s tempting to think it was always going to happen.

“Well,” you might say, “they were always going to find some way to stop the euro falling apart.”

I’m not so sure. I do think all sides want to keep the current (still unsustainable) state of affairs going. But the longer these negotiations go on, the more fraught they get, the greater the risk of an accident.

The reason this matters comes down to one word: credibility. Policymakers showed in 2008 that by working together they can influence a crisis. They can bring massive firepower to bear and change market sentiment.

In fact, they don’t necessarily have to deploy that firepower to make a difference. European Central Bank chief Mario Draghi showed that with his 2012 “Whatever it takes” speech, a genuine turning point in that phase of the euro crisis.

Shortly afterwards the ECB announced its Outright Monetary Transactions program, which allows it to buy government bonds in the open market. So far it has never used it.

Credibility though is a fragile thing. Hard won, quickly lost.

Over the weekend rifts emerged between France and Germany. While French president Hollande continued to talk of solidarity, the newswires reported a German plan to give Greece a five-year “time out” from the single currency. Like a toddler on the naughty step.

Whatever noises they may make in the coming days, the Eurozone’s two biggest powers were hardly singing from the same hymn sheet.

Optimists will take heart that an agreement happened despite these differences. But it’s put noses out of joint in capitals right across the continent.

The risk of an accident the next time Greece needs “fixing” remains. As does the risk to credibility.

Fragile credibility is not just a Eurozone thing. China’s a much bigger threat to world markets.

Chinese stocks have rebounded in recent days after a horrible sell-off. It has shaken faith in the ability of China’s authorities to manage the situation.

Here’s an extract from the always readable and usually bearish Albert Edwards at SocGen:

…the Chinese authorities’ credibility began to decline rapidly in my eyes even before the latest bizarre events, when they actively began to encourage the equity market bubble with state-controlled media urging individual investors to buy.

As the markets slid throughout June and early July, the all-powerful Chinese government was very obviously and publicly powerless to stop them (short of suspending trading in more than half of all shares, which it did. This was basically admitting defeat).

As a result its credibility is badly dented.

“The same loss of confidence in the omnipotence of the Chinese authorities will surely ultimately swirl westward,” says SocGen’s Edwards.

“The Fed and the ECB have created similarly grotesque stock market bubbles in an effort to shore up their anaemic economic expansions. Do not be surprised when the S&P collapses in exactly the same way as the Shanghai stock exchange, and don’t expect the panic monetary measures that will be enacted (more QE) to prevent the ultimate denouement of this global equity Ponzi scheme.”

I’ve said a few times in the DR that the next crisis could be much worse than the last.

This isn’t just a line. The numbers are bigger this time. Central banks and governments meanwhile have used up a lot of their firepower fighting the last crisis. Credibility and co-operation are strained.

“Like Banquo’s ghost in Shakespeare’s Macbeth, gold keeps showing up as an uninvited guest at the dinner table to haunt the central bankers”…