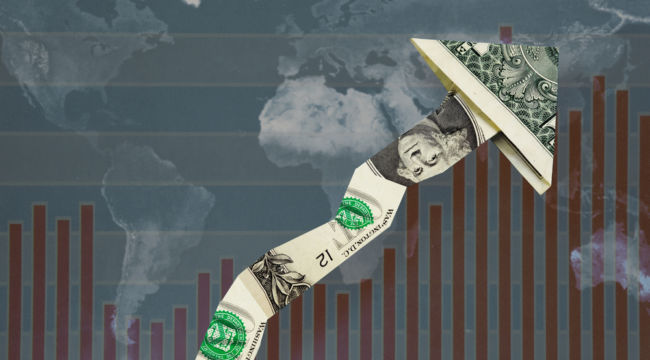 For 10 years plus, the Federal Reserve has waged a nearly ceaseless warfare upon interest rates.

Savers have staggered under the onslaughts. But the timeless laws of economics will not be forever put to rout.

We suspect they will one day prevail, and mightily. Interest rates will then revert to historical averages.

When they do, today’s crushing debt loads will come down in a heap. They will fall directly on the heads of governments and businesses alike.

This fear haunts our days… and poisons our nights.

Let us check the date on the senator’s declaration…

Our agents inform us Sen. Teller’s statement entered the congressional minutes on Jan. 12… 1895.

1895 — some 19 years before the Federal Reserve drew its first ghoulish breath!

Were the late 19th century’s interest rates the lowest in world history?

Here at The Daily Reckoning, we are entertained infinitely by the dazzling present.

All amuse us vastly and grandly.

They amuse us, that is — but they do not fascinate us.

It is the long view that draws us in — the view of the soaring eagle high overhead, the view from the mountaintop.

So today we rise above the daily churn, canvass history’s broad sweep… and report strange findings.

That is, we will investigate the theory that falling interest rates the historical norm… rather than the exception.

And are central banks powerless to direct them?

The chart below gives 5,000 years of interest rate history. It shows the justice in Sen. Teller’s argument.

Direct your attention to anno Domini 1895. Rates had never been lower. Not in all of recorded history:

Rates would sink lower only on two subsequent occasions — the dark, depressed days of the early 1930s — and the present day, dark and depressed in its own way.

The Arc of the Universe Bends Toward Low Interest Rates

Paul Schmelzing professes economics at Harvard. He is also a visiting scholar at the Bank of England. And he has conducted a strict inquiry into interest rates throughout history.

Many take the soaring interest rates of the later 20th century as their guide, he begins:

The discussion of longer-term trends in real rates is often confined to the second half of the 20th century, identifying the high inflation period of the 1970s and early 1980s as an inflection point triggering a multidecade fall in real rates. And indeed, in most economists’ eyes, considering interest rate dynamics over the 20th century horizon — or even over the last 150 years — the reversal during the last quarter of the 1900s at first appears decisive…

The real interest rate is the nominal rate minus inflation. Thus it penetrates the monetary illusion. It exposes inflation’s false tricks — and the frauds who put them out.

In one word… it clarifies.

And the chart reveals another capital fact…

Revisit the chart above. Now take an eraser in hand. Run it across the violent lurch of the mid-to-late 20th century. You will then come upon this arresting discovery:

Long-term interest rates have trended downward five centuries running. It is this, the long view, that Schmelzing takes:

This downward trend has persisted throughout the historical gold, silver, mixed bullion and fiat monetary regimes… and long preceded the emergence of modern central banks.

In this sense, the decline of real returns across a variety of different asset classes since the 1980s in fact represents merely a return to long-term historical trends. All of this suggests that the “secular stagnation” narrative, to the extent that it posits an aberration of longer-term dynamics over recent decades, appears fully misleading.

Is it true? Is the nearly vertical interest rate regime of the mid-to late 20th century a historical one-off… a chance peak rising sheer from an endless downslope?

He argues that periods of sharply rising interest rates are history’s lovely exceptions.

In this view, rates soared at the dawn of the 20th century. It was, after all, a time of rapid industrialization and dizzying technological advance.

And so we wonder…

Was the post-World War II period of dramatic and exceptional growth… itself the exception?

The Return to Normal

Investors have often talked about the global economy since the crisis as reflecting a “new normal” of slow growth and low inflation. But just maybe, we have really returned to the old normal.

That is precisely the case Schmelzing argues.

Now consider the testimony of a certain Bryan Taylor. He is chief economist at Global Financial Data:

“We’re returning to normal, and it’s just taken time for people to realize that.”

Just so. We must nonetheless file a vigorous caveat…

A Pursuit of the Wind

Drawing true connections between historical eras can be a snare, a chasing after geese, a pursuit of the wind.

Success requires a sharpshooter’s eye… a surgeon’s hand… and an owl’s wisdom.

The aforesaid Schmelzing knew the risks before setting out. But he believes he has emerged from the maze, clutching the elusive grail of truth.

Today’s low rates are not the exceptions, he concludes in reminder. They represent a course correction, a return to the long, proper path.

How long will this downward trend continue, professor Schmelzing?

But can the Federal Reserve throw its false weights upon the scales… and send rates tipping the other way?

With regards to policy, very low real rates can be expected to become a permanent and protracted monetary policy problem…

The long-term historical data suggests that, whatever the ultimate driver, or combination of drivers, the forces responsible have been indifferent to monetary or political regimes; they have kept exercising their pull on interest rate levels irrespective of the existence of central banks… or permanently higher public expenditures. They persisted in what amounted to early modern patrician plutocracies, as well as in modern democratic environments…

We have argued previously that central banks wield far less influence than commonly supposed. Here we are validated.

But we are unconvinced rates are headed inexorably and unerringly down.