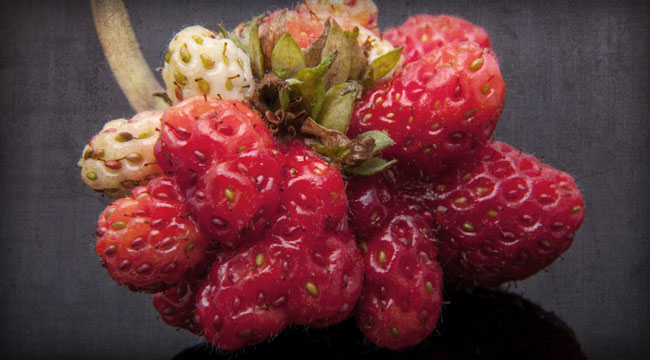 4 Steps to Freedom from GMOs and a Healthy Life

“Let food be your medicine and medicine be your food.” – Hippocrates

In that year, Monsanto and other companies pushed through approval for a handful of genetically modified (GM) organisms. These included canola oil tweaked to improve its flavor, potatoes modified to resist pesticide dousing, and tomatoes gene-spliced to delay ripening.

This deal, struck between crony capitalists and their congressional toadies in Washington, marked the beginning of a disturbing trend.

Today, the U.S. leads the world in the production of GM food crops.

In fact, about half of all the crops planted on American farmland are genetically modified. This includes about 85% of the corn and 91% of the soybeans.

This would all be fine if the claims made about GM crops were true. For example, that they are no different from traditional hybrids, that they make our food safer by lowering pesticide use, and that no one has ever documented harm to living beings or the environment from GM foods.

But is this really the case? Let’s look at the facts.

Genetic modification is profoundly different from older methods of boosting crop size, yield, or other genetic traits. Rather than patiently coaxing a natural, advantageous gene exchange between two plants within a species, genetic engineers use bizarre tools to force such transfers across species barriers.

Big Food creates these “transgenic” foods for a variety of reasons. Nearly all of them benefit agribusiness rather than, say, you. Extended shelf life is a biggie — semi-immortal tomatoes reduce spoilage and goose profits.

Another major driver is increased pest resistance. Many GM crops can create proteins that are toxic to pests, reducing the need to spray on expensive pesticides. Again, fabulous for agribiz, but — since the poison is now part of the plant’s tissue and can’t be washed off — not so good for you. 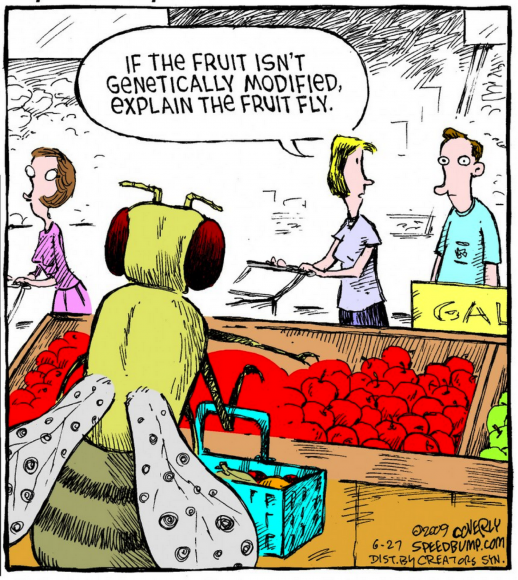 So now that we’re almost two decades in, has anyone documented harm from the massive proliferation of GM crops?

Ask the American Association for the Advancement of Science, which calls itself “the world’s largest general scientific society,” and you’ll get a resounding “No!” The group says, “The science is quite clear: Crop improvement by the modern molecular techniques of biotechnology is safe.”

But the AAAS apologists clearly haven’t looked too hard. Consider the warning sounded by Dr. Thierry Vrain. Once a vocal pro-GMO research scientist for Agriculture Canada, he has since changed his position and is now vocally opposed to this growing threat.

As he points out, corn and soy engineered to create their own insecticides “are now everywhere in our environment… But are these insecticidal plants regulated, and have their proteins been tested for safety? Not by the federal departments in charge of food safety, not in Canada, and not in the U.S.

“There are no long-term feeding studies performed in these countries to demonstrate the claims that engineered corn and soya are safe,” he continues.

A further abomination of GM foods is environmental devastation wrought by ramped-up spewing of agrichemicals. Some GM plants are jiggered to resist damage even when they are essentially immersed in herbicides. In the short term, this makes harvesting easier, as there are no weeds in the way. But the USDA has warned that drenching fields runs the risk of creating “weed resistance” — superweeds that would crowd out food crops and be almost impossible to eradicate.

Bottom line: GMO foods have no place in the environment or your diet. Here are 4 simple tips you can start using today to protect yourself:

We’ve only recently started down this road, and it’s still not too late to turn back. There are certainly good reasons to be mistrustful of government regulation. But the European Union has had strict GM labeling laws since 1997 and, though they’re not perfect, by all reports, they keep the EU food supply far cleaner than ours. We need similar legislation ASAP.

Until then, it’s vital that state-level GM labeling laws get traction. Vermont is leading the way. In May, it enacted the nation’s first GM labeling law, slated to take effect July 1, 2016.

In the meantime, nothing speaks louder to Big Food than market forces. The more people refuse to eat toxic Frankenfoods, the fewer profits will flow to Monsanto and its ilk and the more likely this genetic perversion of the food supply will end.

If you want a clean, sustainable, and health-promoting food system, remember that every forkful you eat is a vote for or against that future. At the very least, it will let you take your individual well-being into your own hands and allow you to lead a healthy life.

Brad Lemley
for The Daily Reckoning

Brad Lemley is a science and health writer and former senior correspondent for The Washington Post and Discover magazine. He is a tireless advocate for safe, natural, self-directed healthy living practices and therapies.