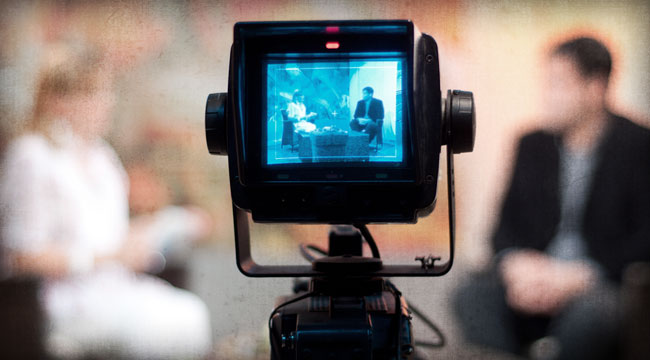 The world turns. The news flows. The interpretations, narratives and explanations follow.

Up here in the Argentine Andes, we are blissfully ignorant. Our Internet connection stopped working two weeks ago. Since then, twice a week, we have driven an hour to a neighbor’s property to check in with the outside world.

But sometimes we wonder why we bother.

“News” is a recent innovation. For most of our time on Earth, we humans had no access to the Internet, TV, newspapers or telephones. Our brains evolved when there was no such thing as public policy… public statistics… public opinion… public intellectuals… public media… public entertainments… public markets… and public companies…

…in fact, there was no public anything! At least, not in the way we think of it today.

As a result, our brains have not evolved to deal with public opinion and public information. It crowds out useful knowledge with puerile nonsense.

In the investment world, you buy a share in a company. If you have done your work correctly, you paid a price that you thought was fair… or better. Then, if CNBC’s Squawk Box comes on the TV, and you discover the price of the stock has gone down, so what? What has changed? What do you know now that you didn’t know before?

First, there are no facts in public life, just memes and BS.

If you got a good deal when you bought the share, presumably you will be delighted; now you’ll buy more for an even better price.

As Warren Buffett reminds us, in the short term markets are “voting machines.” Why would you expect people to do any better voting for stocks than they do voting for presidents?

People will tell you that democracy requires a well-informed citizenry. Some will tell you, with a straight face and an earnest tone, that you have a “duty” to keep up with the news so you can participate in public affairs. Some countries — notably Argentina and Australia — even require citizens to vote.

But this presumes people have access to some set of relevant facts… and then make up their minds intelligently, applying the known facts to the public policy alternatives.

It is nonsense for two fundamental reasons.

First, there are no facts in public life, just memes and BS.

Second, even if there were meaningful facts, the individual citizen is hardly equipped to evaluate them. After so many millennia with no public life of any sort, we don’t know how to judge or master it.

Let me give you an example…

And President Obama says he has a plan to improve the nation’s health-care system.

These are all “facts” — reported in the news media and widely debated in opinion columns and talk shows. But is there any way for the poor voter to know what the politicians really believe… or which public policy is likely to produce the best result?

We know, after decades of experience, that public policy rarely improves our private lives. The more ambitious it is – as in the Soviet Union or Nazi Germany – the more it subtracts from our own hopes and plans.

“The government came through the valley last year,” Jorge, our ranch foreman here in Argentina, reported. “They gave every house a solar panel and a battery. Now, everyone has TV. But people are forgetting how to do anything.”

In the U.S., a survey reached us last week. It told us that young people spend 18 hours per day connected to an electronic device.

Throughout the many millennia before the Internet, people may have known where to find honey in a hollow tree… which seeds could be safely eaten… or how to make an arrowhead out of stone. But they knew nothing of the threat posed by Ukrainian unrest… had never seen Miley Cyrus “twerk”… and had no suspicion that Justin Bieber may be out of control.

Now, a young man can graduate from a leading university with a head full of public facts… and know nothing at all.

Ed. Note: If you’re waiting for the democratic process to bring about a significant change in the U.S., you’re in for a long wait. Instead of pulling the voting lever and hoping an empty suit in D.C. does what’s in your best interests, why not take back control over your freedom. That’s the main goal of Laissez Faire Today — to live a life free of the problems created in Washington and Wall Street. Click here to subscribe for FREE, and never miss a future update.

This article as also prominently featured in Laissez Faire Today.

If every nation gets the government it deserves, what does it say about America?… Ancient Athens proved that democracies don’t necessarily bankrupt themselves… Modern America could learn a lesson in civic virtue from the Roman Republic…