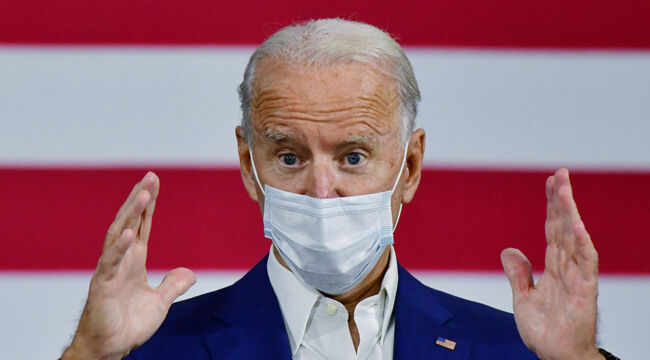 As you probably know, the runoff election for the two Georgia Senate seats is happening today. If Republicans win one or both elections, they retain control of the Senate, meaning they can block the more ambitious aspects of the Democratic Party agenda (I’m assuming Biden will be president, which is still not certain).

If Democrats win both elections, they effectively take the Senate (the Senate would essentially be 50-50, with Vice President Kamala Harris casting the deciding vote).

But what policies can actually be expected in a new Biden administration?

It will be an interesting mix of a continuation of many of Trump’s policies, with some abrupt departures on immigration and possibly taxes.

Let’s break it down…

Almost all of Biden’s Cabinet selections served in the Obama administration in one capacity or other. These appointments signal that there will be no place at the table for the progressive wing of the Democrat Party.

The biggest change will be in immigration policy. Biden will stop construction on the new border wall with Mexico and possibly even disassemble some recently completed sections. The Customs and Border Patrol will be ordered to stand down from enforcing border security. In effect, the U.S.-Mexican border will once again be an open border.

One effect of illegal immigrants is to reduce wages in the U.S., as many will work for as little as $5 per hour. What’s financially attractive for employers is sub-optimal for the economy as a whole.

This dynamic favors large employers, and creates a deflationary bias in the economy that hurts aggregate demand for consumer goods and services.

Part of the reason real wages rose for blacks and Hispanics during the Trump years was his aggressive polices to halt illegal immigration. That dynamic will now go in reverse.

Taxation is another policy area where Biden may implement major changes to Trump’s policies.

Biden’s tax proposals call for raising the top individual tax rate from 35% to 39.6% and increasing the long-term capital gains tax rate from 20% to 39.6% on incomes over $1 million.

Other hidden tax increases will be implemented by eliminating or capping tax deductions. This has the effect of increasing the effective tax rate without actually changing the statutory tax rate. Taxpayers pay more not because rates are higher but because deductions are fewer.

Other likely Biden initiatives will be mostly for show with little practical impact. The U.S. may rejoin the Paris Climate Agreement as a show of international cooperation on climate change.

However, the Trump administration already lowered CO2 emissions from the U.S. by more than the Paris agreement required, so the immediate impact of rejoining the agreement will be nil.

The greater danger is that Biden’s “climate czar” John Kerry and others will use climate change as an excuse to drive a globalist agenda including carbon taxes, limitations on fracking and offshore drilling, higher gasoline taxes and greater subsidies to unprofitable wind and solar initiatives.

These initiatives will have the effect of hurting high-paying energy related jobs, increasing costs to consumers and increasing budget deficits. On the whole, this climate change agenda will hurt economic growth even in the absence of the more radical Green New Deal.

But many Trump policies will remain untouched. For example, here will not be a sudden reversal in the U.S.– China trade war.

This is one of the few issues where Democrats and Republicans agree on goals even if their tactics vary slightly. The rhetoric will be dialed-down on both sides. Tariffs may be eased slightly but not eliminated.

On balance, Biden will ease restrictions on Chinese investment in the U.S. in exchange for new investment opportunities in China.

(Biden is probably heavily compromised by Chinese intelligence and the Communist Party of China because of his family kickback schemes involving Chinese energy companies and investment funds).

The trade war will continue, but the financial war and the emerging Cold War 2 scenarios will be scaled back.

Added all up, it means not much of substance will get done outside of immigration, energy and possibly tax policy.

Yet, those three areas are enough to put a substantial drag on economic growth through higher costs, higher taxes and lower wages. With that as background, we turn specifically to fiscal and monetary policy and the likely shape of the Biden economy.