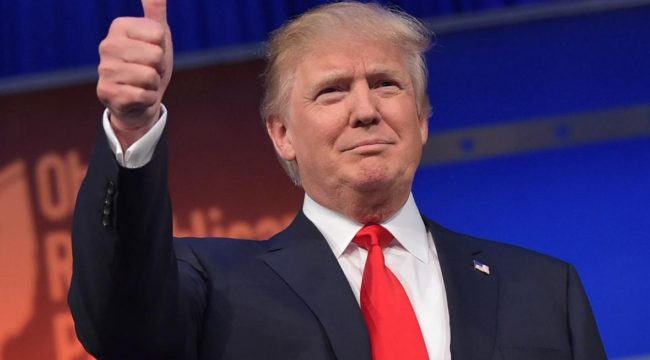 Will a Trump Victory Cause a Market Crash?

With less than a month before election day, the Deep State fear machine is firing on all cylinders…

The Clinton News Network (CNN) also predicts a “dramatic” stock market drop if Trump wins. Of course, the stock market will soar if Clinton is elected.

CNBC has even featured an “analyst” who went so far as to say a Trump White House equals a precise 50% collapse in the S&P 500.

So will a President Trump really send the market into a nosedive?

The answer to that question is a resounding “Who the hell knows?”

Cuban, CNN and CNBC’s “analyst” don’t have a clue.

One can’t know the unknowable.

But that doesn’t stop the so-called intelligentsia from trying…

Take the CNBC analyst I reference. His name is Ian Winer. He works for a brokerage firm called Wedbush.

Trump’s call for tax cuts, along with increased military spending, mass deportation of illegal alien cheap labor and imposing tariffs on trading partners like China and Mexico will cause massive economic hardship.

Look, there is no mathematical formula or algorithm on the planet that could possibly take the catalysts Winer mentions and accurately calculate a S&P P/E ratio of 11.

So let me be clear, he pulled that number straight out of his ass.

He also assumes every Trump campaign promise will be passed by Congress.

Winer knows that’s never going to happen. But if he acknowledged the truth, he wouldn’t be able to make a moronic doomsday prediction to scare people over to his partisan position.

This is what passes for “smart” media analysis these days.

Abe Lincoln with a Comb-Over

Look, I have no freaking clue what impact a Trump presidency is going to have on the stock market or the country. And neither does anyone else.

He could be a grease fire or Abraham Lincoln with a comb-over.

What I’m not buying is mass hysteria promoted by biased Deep State status-quo actors over the “uncertainty” and “risk” that a Trump presidency represents.

Is Trump winning really going to produce any more “uncertainty” or “risk” than the negative interest rate policy causing a massive banking crisis in Europe that’s about to implode Germany’s largest bank?

Is it worse than a $230 trillion artificially inflated debt bubble thrust upon us by central bank experiments?

Is it more serious than a zero-interest-rate-induced asset bubble caused by desperate investors searching for yield?

The answer to all is no. There’s uncertainty and risk everywhere in today’s world. Nobody knows when the shoe is going to drop, but there can be no doubt it will drop at some point.

And any drop will happen regardless of who is President.

As a trend follower, I don’t need to know how any or all of that is going to shake out to make money in the markets. All I need to do is follow the price trends that markets create and ride those waves for gains.

I want you to be able say that too.