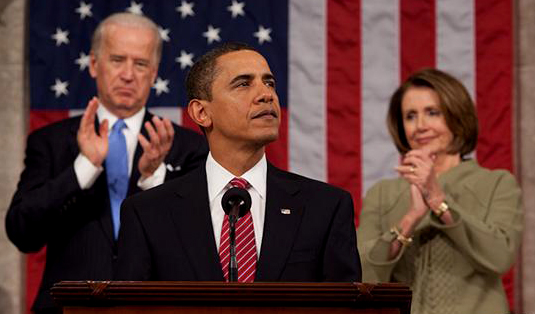 “Can you guys comment on this?” writes one of our regular readers, linking us to a “401(k) confiscation” article by one David Mills, reposted on the website of Alaska radio host Joe Miller.

As it happens, I was monitoring whether government will confiscate 401(k) accounts as long ago as 2008 — when Congress briefly debated killing the tax advantages of 401(k) accounts.

And in my role as the Laissez Faire Letter’s 401(k) watchdog, I’m plugged into the new development that’s caught Mr. Mills’ eye. This week, the Labor Department issued new rules that would make brokers and advisers to retirement plans operate under the “fiduciary” standard.

We need to back up a bit. Professionals in the financial services industry generally get paid one of two ways…

Now, if you’re a client — and if you have a 401(k), you’re a client of the financial services industry, whether you realize it or not — which arrangement is better for you?

It’s the first one, right? After all, if you the client are paying a professional to manage your money, they’re more likely to look out for you.

That’s not how it works with your 401(k).The people who manage it have no legal obligation to make your best interest their priority. They don’t operate under a “fiduciary” standard. They must simply find “suitable” investments for you — which usually turn out to be underperforming high-cost mutual funds.

The president says he wants to change this. “It’s a very simple principle,” he said a few months ago: “You want to give financial advice, you’ve got to put your client’s interests first. You can’t have a conflict of interest.”

So what’s the hidden agenda?

“Like Obamacare, the idea is to drive small- and midsize service providers out of the retirement business by ensuring that the costs of complying with regulations are unaffordable,” Mills writes in his commentary.

Perhaps. But even the big players are squawking about these rules — and they’re spending a ton of lobbying money trying to get Congress to kill them before they’re ever implemented. The industry says if brokers were forced to abandon the commission model, they’d have to charge fees based on the size of a client’s account. Result? Middle-class people with 401(k)s would be “priced out” of getting any advice at all.

I’ll concede they have a point… and I’m no fan of the big retirement-industry players.

Bottom line: It’s a reach to say these rules are another brick in the 401(k) confiscation wall.

Here’s Mills’ logic, once again invoking Obamacare. “Many Democrats are open about the true goal of Obamacare: to end up with a single-payer health care system, modeled after the National Health Service in the U.K.”

From there he jumps to this: “The Obama administration has its sights set on an incredible amount of your money. By some estimates, Americans are holding well over $10 trillion in private retirement accounts… You can be sure that the real goal of the Obama administration is to nationalize your retirement account and to invest it in [U.S. Treasury] debt that will become increasingly unsellable in the open market.”

As Jim Rickards has said ever since joining us a year ago, there are deflationary forces strong enough to keep people piling into U.S. Treasuries for the foreseeable future. Obama doesn’t need your 401(k) money to fund the national debt.

In any event, we’re neutral on the new rules. If the rules don’t change, Wall Street’s sharks will continue to ply you with their miserable and costly mutual funds. If the rules do change, you’ll be left to fend for yourself in selecting investments for a tax-advantaged retirement account.

Either way, you’ll need independent guidance to preserve your wealth.

That’s why you subscribe to our advisories in the first place, right?