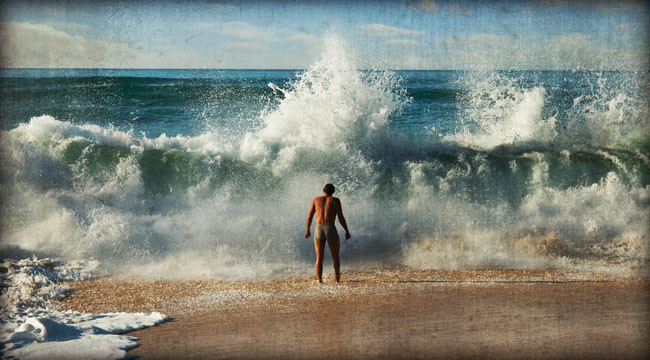 Why You’re Wrong About Summer Trading

If the markets are boring you this summer, you just aren’t paying attention…

“If you listen closely, you can hear investors snoring,” my trading buddy Jonas Elmerraji wrote in a short note yesterday.

However, Jonas doesn’t think the situation will stay this way for long.

In fact, you need to prepare for what could soon become a wild trading month…

“On Thursday, the S&P took out resistance 1700, with some continuation on Friday,” Jonas continues. “That puts us in breakout territory for the big index, even if it’s just barely.”

That’s right. While your buddies are swatting mosquitoes on the back porch, the market looks primed to take off.

I know what you’re thinking. It’s August. That usually means low volume and flat trading. There’s just not much to see here, right?

August trading in this post-financial crisis landscape has been anything but boring. For the past four years, the market has offered tremendous gains and harrowing losses during the month of August. The boring, flat market many of us have grown to expect just hasn’t materialized… 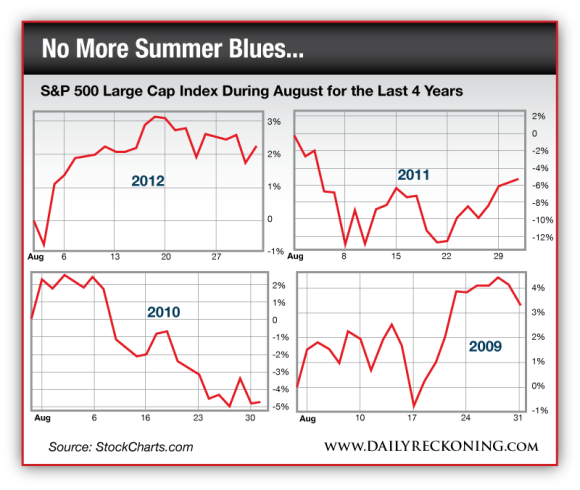 Investors were treated to big gains in August 2009 and August 2012. But in August 2010 and 2011, the broad market coughed up about 5%. In 2010, August ended up marking the final lows of a summer correction. In 2011, the eurozone crisis pulled stocks underwater by as much as 12% during the month of August, only to claw their way back from the brink of a new bear market.

So much for the dog days of summer…

This time around, nothing should surprise you. The S&P has shot above 1,700 for the first time ever to kick off the month. If it holds this mark and extends its gains, we could see the momentum carry into the fall.