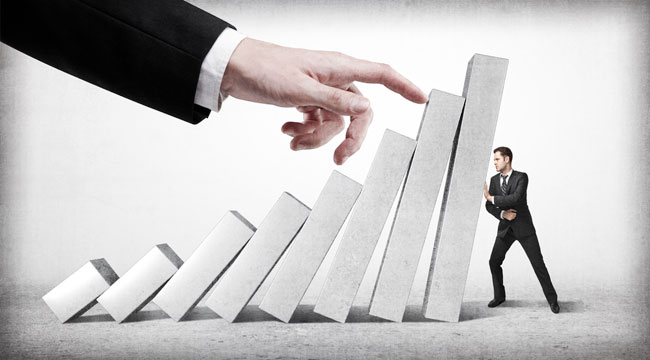 Advance Notice of the Next Market Crash

Fifty years after the 1929 crash, a group of money managers and investment thinkers put together a collection of essays looking back at that experience. The result was a distillation of some pretty fine investment wisdom. Timely, I think, to review now.

One of the contributors was Arthur Zeikel, then with Merrill Lynch. The title of his essay summed up the motif of the whole collection: “After 50 Years, Nothing New Nor Likely.” This might seem deflating. It shouldn’t be, because it means there is a discernible pattern to events. A pattern we might make use of. On the ’29 crash, Zeikel wrote:

Stock price changes and investor behavior before and after the Crash represent no discontinuity with the general pattern of how markets have always worked.

In other words, people should’ve seen it coming. Zeikel doesn’t exactly say this. Certainly, no one could’ve predicted the ’29 crash with any confidence as to timing. But “conditions favoring such a turn were abundantly evident to those willing to look for them.”

Time solves so much if you can simply buy and hold.

Zeikel writes with the confidence of a man looking back at what has already happened. People in 1929 might have a beef with his view. Even so, rereading this collection of essays, the question arises: Are we now in one of those times that future investors will look back on and say, “They should’ve seen it coming”?

I have a hunch the answer is yes.

Zeikel gives no hard-and-fast rules as to how detect the ground giving way beneath our feet before it happens. Economic forecasts are not helpful, he says. This is a point that I yap about often.

But it bears repeating, since investors still focus too much on divining the economic winds. Let’s just say it didn’t help anybody in 1929.

Instead, Zeikel writes about how the market moves on expectations rooted in recent experience. Trends become self-affirming, and we grow blind to what runs counter to the status quo:

[Investors] fail to appreciate the workings of countervailing forces; change and momentum remain largely misunderstood concepts. Most investors have a natural inclination to cling to the course to which they are currently committed.

For this reason, investors are slow to see the ends and beginnings of new trends. Zeikel’s advice here is good: When a trend becomes widely accepted, it should be questioned all the more.

Even if you get it wrong, though, there can be a simple out: patience.

Peter L. Bernstein’s essay makes the point in a striking way. He says suppose you bought the Dow Jones industrial average in 1924. And say you held through thick and thin through 1936. Well, your annual return would’ve been 7.6%, before taxes. This strikes me as surprisingly good for a period that includes the Great Depression.

“Even if we pick a less ebullient year than 1936,” Bernstein continues, “and figure it out to 1939 instead, the total return still works out to about 6% in nominal terms. These are hardly returns to sniff at, particularly when adjusted for the deflation that accompanies them.” The cost of living fell 2% per year in the 1930s.

In addition to showing the power of sticking it out, this example also makes the point that stock market returns fit less neatly into the economic narrative than most of us would suppose. Great swings in the stock market can occur seemingly independent of the economy. More reason not to put too much focus on the economy.

The simplest answer to these conundrums always seems to come back to basic old-fashioned long-term investing. Time solves so much if you can simply buy and hold.

My favorite essay of the lot comes from Robert Kirby, a longtime money manager and creator of the “coffee can portfolio” idea (which I’ve written about often in these pages). The coffee can portfolio is the ultimate buy-and-hold portfolio. You put a bushel of well-chosen stocks in a coffee can and forget about them for 10 years. Open after 10 years and, the theory goes, pleasant surprises await you.

I’ve never read anything by Kirby that didn’t strike me as wise. (Someone ought to republish his papers in a book.) And he doesn’t disappoint here. Kirby is the antithesis of the trader, of those who would try to chase what’s hot and what’s moving. He writes:

I believe an article by Benjamin Graham that I read many years ago carried the opinion that the development of liquid, high-volume auction markets for shares of publicly held American companies has been about the worst thing that has ever happened to the investment business. I have a great deal of sympathy with his observation.

When you know you can sell something almost instantaneously, it messes with how you think about the purchase in the first place. You can be careless, because you can get out quickly. If you knew that every time you bought a stock that you would have to hold it for a year, let’s say, then you would buy with much more diligence.

That’s a simple idea. And Kirby’s advice is a logical extension of it:

I have said often to almost anyone who would listen that… a portfolio of securities [should] be run like a real estate portfolio… The typical real estate commitment is made in anticipation of a projected cash flow versus expenses, i.e., the future internal rate of return… the investor does not assume that he will be able to sell the property at a higher price to someone else later on. Common stock portfolios should be constructed, and their future returns measured, by the same set of criteria.

It is almost impossibly hard to live by this rule. With constant measurement of returns and the oppressive 24-7 media cycle, the pressure to act is immense. When your mindless neighbor doubles his money in Tesla in two months, the idea of an internal rate of return seems irrelevant and even pointless.

But then again, these are exactly the kinds of defeatist sentiments that bubble up in years like 1929 — and in all times of euphoric markets, such as our own. Ironically, it is just then when such unfashionable ideas are most important. That’s really the point I would leave you with. Now is when you should apply the wisdom of Kirby, et al. — not after the market has already fallen.

Ed. Note: Regardless of what the market does, there will always be safe, reliable ways to grow your wealth over the long term. You just need to know where to look and how to avoid those big bubble events the mainstream media can’t ever seem to predict. That’s why, in today’s Daily Reckoning email edition, readers were treated to a list of 10 Things to Look For When Trying to Spot a Bubble, and how that could help them protect their portfolios for years to come. If you’re not currently getting the Daily Reckoning email edition, you’re missing out on 50% of what we publish. And every issue contains a wealth of useful information like this. Don’t miss another issue. Sign up for FREE, right here to get started.