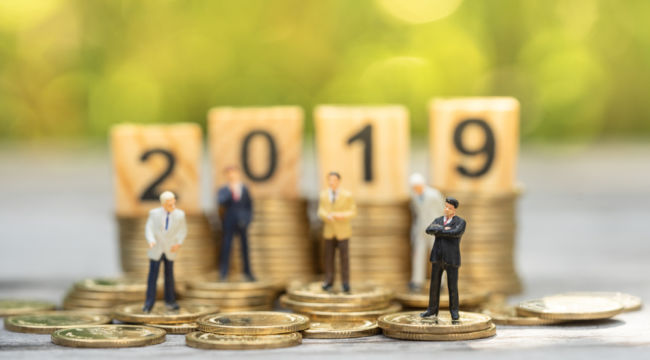 Why the Post-Election Rally Will Extend Into 2019

This midterm election season seems like it lasted forever. There was certainly no shortage of ads, media dissections of every sound bite they could get their hands on and more than enough negativity to go around.

We all know the outcome. The Democrats took the House, while Republicans kept control of the Senate and even expanded their majority.

That means even though the Democrats won the House, the “blue wave” that Democrats were hoping for did not really materialize.

But the next two years could be highly contentious for President Trump if House Democrats pursue impeachment hearings or increase their efforts to undermine his legitimacy. It’s difficult to envision much cooperation on anything substantive.

But it’s possible they can maybe agree on an infrastructure bill, for example, if each side thinks a show of bipartisanship would benefit them politically. We’ll see.

Regardless, there’s a potential silver lining now that the election is over. That has to do with how the markets historically behave after midterm elections.

As my colleague Jim Rickards explains:

The good news is that, historically, stock markets go up after midterm elections no matter who wins. Whether it tilts Republican or Democrat, the tendency is for the stock market to go up because the uncertainty is over.

This has been true for every midterm election going back to World War II. It doesn’t even matter which party wins or loses, or which one controls the White House.

The reason is simple: Markets hate uncertainty. They can handle good news or bad news; they just aren’t great at guessing.

And yesterday’s huge 545-point rally in the Dow seems to confirm that view that markets are glad the uncertainty is over. The other major indexes were up big as well.

But that doesn’t mean there isn’t any more uncertainty surrounding markets now that the U.S. elections are over.

In fact, there is one bigger piece of uncertainty lingering now. That is the Federal Reserve’s next move. So far, the Fed has raised rates three times this year and is forecasting a fourth next month.

I think that pace is too ambitious. But yesterday’s huge post-election rally, coupled with last week’s positive jobs report, will likely keep the Fed on track for a December rate hike, for now at least.

If the market defies post-election history and falls back into the slump it suffered in October, that could change. Right now, the market is placing the odds of a December rate hike at about 75%.

But if rates rise too much, too quickly, it could hurt all those with debt outstanding, from the U.S. to emerging markets and from corporations to consumers. The Fed should tread carefully, in my view, and consider pushing the next rate hike into 2019.

If it does hold off, that means a positive December surprise for markets that have become addicted to central bank money.

With the combination of a post-midterm rally and continued central bank support, you can expect stocks to remain strong heading into 2019.