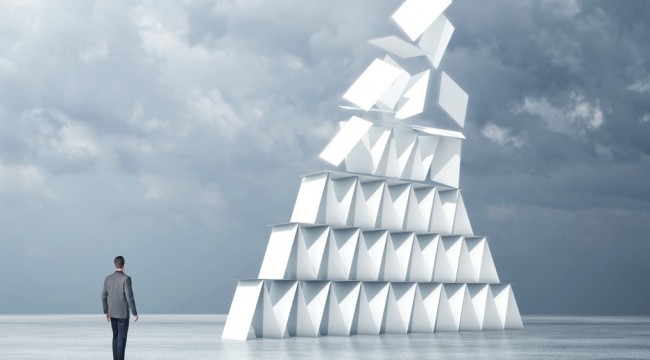 Somewhere in Washington today, Federal Reserve chairwoman Janet Yellen and Treasury Secretary Jack Lew are holed up in a conference room — conducting a drill in the event a major bank collapses.

The location of the “war room” is a secret, but the event is being hosted by the Federal Deposit Insurance Corporation. The FDIC’s headquarters is on 17th St. NW in Washington — one of those horrible Soviet-architecture buildings from the ’60s that blight much of the nation’s capital. 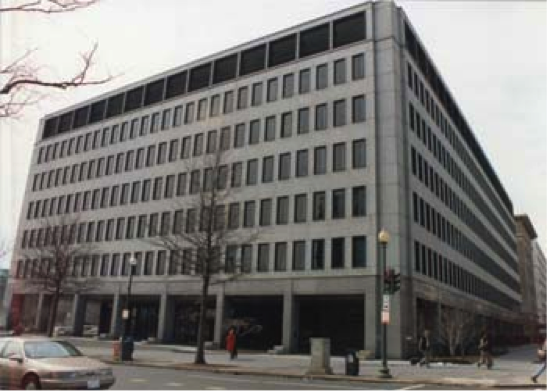 “We are going to make sure that we can handle an institution previously regarded as too big to fail,” promised Mr. Osborne on Friday. “We’re confident that we now have choices that did not exist in the past.”

Exactly what those “choices” would mean for the markets and the economy and your life, well, he wouldn’t say. But we already have a good idea, thanks to the Prophesy 2015 project we’ve been working on with the one and only Jim Rickards.

The timing of the drill seems… uh… a little ominous, in light of analysis we were reading over the weekend by experts outside the Agora Financial realm…

“The developed world is now in deep financial trouble,” writes Alasdair Macleod from GoldMoney. Then he regales us with a laundry list.

“Parts of the eurozone are in great difficulty, and only last weekend S&P the rating agency warned that Greece will default on its debts ‘at some point in the next 15 months.’ Japan is collapsing under the wealth destruction of Abenomics. China is juggling with a debt bubble that threatens to implode. The U.S. tells us through government statistics that their outlook is promising, but the reality is very different with one-third of employable adults not working; furthermore, the GDP deflator is significantly greater than officially admitted. And the U.K. is financially overgeared and overdependent on a failing eurozone…

“Those in charge of our money know that monetary expansion has failed to stimulate recovery. They also know that their management of financial markets, always with the objective of fostering confidence, has left them with market distortions that now threaten to derail bonds, equities and derivatives.”

Derivatives, you might recall, are the complex and interconnected web of options, swaps and other “sophisticated” instruments Wall Street uses to juice its returns. A type of derivative known as mortgage-backed securities led straight to the Panic of 2008.

“Increasingly, it looks like ‘risk off’ and big trouble,” adds Doug Noland from the Prudent Bear family of mutual funds. He has derivatives on the brain…

“There is absolutely no doubt that buoyant derivatives markets have promoted epic risk-taking,” he writes — “in finance generally, in securities markets, in asset and commodities markets, in real economies globally. Especially in our zero short-term financing rate environment, all varieties of derivative strategies have made it too easy to leverage up and chase yields and market returns…

“…it should be expected that an even larger collapse will overwhelm the Fed’s balance sheet.”

“The global leveraged speculating community… is close to some serious problems. Losses would be met with redemption notices and forced liquidations. And with lots of players all crowded into similar trades, things could quickly topple into a panic for the exits. Such a circumstance would quickly crack wide open serious shortcomings in derivatives trading, in the securities markets and for leveraged participants throughout these markets.”

In other words, a rerun of 2008, but worse — exactly what Jim Rickards has been warning about.

This time, the trouble will be more than the Federal Reserve can handle. “Since Federal Reserve resources were barely able to prevent complete collapse in 2008,” Jim wrote in The Death of Money, “it should be expected that an even larger collapse will overwhelm the Fed’s balance sheet.

“The specter of the sovereign debt crisis suggests the urgency for new liquidity sources, bigger than those that central banks can provide, the next time a liquidity crisis strikes. The logic leads quickly from one world to one bank to one currency for the planet.”

P.S. In today’s issue of the 5 Min. Forecast, I gave my readers a chance to get on an exclusive list of people who will join Jim Rickards on a live conference call tomorrow morning. It’s a one-time event that you can only access by invitation. Click here now to sign up for The 5 Min. Forecast and never miss another great opportunity like this.

Fed Balance Sheet in Calm Before the Storm

Lee Adler breaks down the latest numbers signaling monetary policy reporting from the Fed. Here’s what it means for the debt ceiling and the markets…