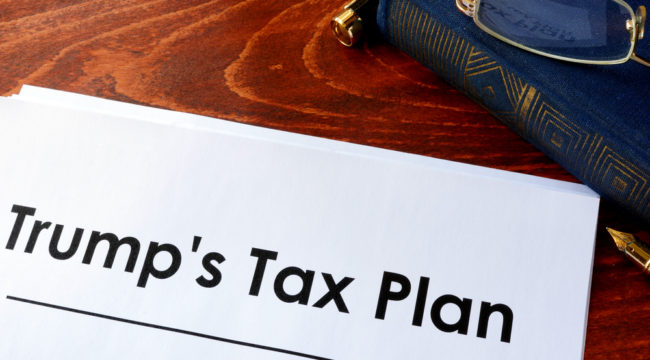 Why the Middle Class Is Screwed

Last December, Congress passed the largest U.S. tax system overhaul in more than 30 years — a $1.5 trillion tax cut, but America’s middle class will see less than a quarter of the savings under the legislation.

Just about half of American adults live in middle-class households, down from 61% in 1971 according to the Pew Research Center. For a while now, I’ve been predicting that the middle class would disappear and that we would have only two classes of people in the U.S., the poor and the ultra-rich.

The middle class is made up of people who work for a living, earning wages doing carpentry, plumbing, factory work, and all types of services. They live paycheck to paycheck with very little in savings or investing in retirement.

Those earning more than $500,000 a year will get $61 billion in cuts in 2019. This includes income earned by pass-through businesses such as partnerships and S-corporations that pay taxes on individual returns. This is because tax cuts for small businesses will help boost the economy — helping job growth.

This isn’t a story of economic gloom, it’s a financial education that you won’t hear through mainstream media.

There are four financial forces that cause most people to work hard and yet struggle financially:

Which one of these four affects you personally?

If he were alive today, my “poor dad” would have struggled financially even without his bad investments. He most likely would not have been comfortable. Today, the middle class is quickly disappearing. But it’s a different sort of disappearance than people think. As Jim Rickards writes:

“The middle-class numbers are not necessarily getting smaller. The problem is that middle class doesn’t mean what it used to mean.”

I believe the population is actually dwindling, but this is an important understanding. There is still a population living and breathing in the 40-60% mid range of earnings. But because all the ways my poor dad achieved a level of financial comfort no longer work in today’s economy, that distinction doesn’t entitle you to the security you would have had even twenty years ago.

Today, savers are losers, houses are worth less and less, there are no pensions, and essential goods for life are more and more expensive. Today, inequality is higher than it’s ever been.

The rich know how to utilize all these forces to have a secure retirement provided by cash-flowing assets.

The rich can do all of this because they understand how money works and have a high financial IQ.

The problem with conventional advice about money is that it’s not only conventional but also often wrong. In fact, much of the money advice out there is designed to keep you from becoming poor rather than to inspire a mindset to grow rich.

The following advice is most often peddled to the middle class:

1. Live below your means

4. Do it yourself (DIY) projects

5. Talk to your family about budgeting

Broadly, these can be condensed into three broad categories of bad budgeting advice that are foundational to members of the middle class.

Bad Advice #1: Live in a world of scarcity. The classic mantra to “live below your means” is one of the most destructive things you can teach someone about money. It teaches people to think in terms of scarcity. “You only have so much, so you must be careful not to run out.” It kills drive to create more.

Bad Advice #2: Set Limits. When you live in a world of scarcity, you must find ways to conserve what you have. So, naturally you set limits. Not going out to eat, creating systems to limit spending, and doing everything yourself instead of hiring an expert; all are ways those with a scarcity mindset set limits to “save” money. Unfortunately, they sometimes don’t save money, and even when they do, they feel unfulfilled, stressed, and don’t get to enjoy the things they want to.

Bad Advice #3: Set the wrong example. Ultimately, if you follow the advice of conventional money experts and model this behavior for your family, you’ll continue to raise generations who struggle to make ends meet financially. Worse yet, you’ll teach them to see the world as one of scarcity, limiting their mindset and potential in the process.

So what can you do?

When I do any sort of interview, whether for a news outlet or a blogger, the first question I usually get asked is about why I wrote Rich Dad Poor Dad. I always answer that it was because I saw the financial crisis of today coming and I wanted to help as many people as possible to get out of the rat race.

The second question is usually about my relationship with Donald Trump. They want to know if I believe that Trump is a great President and will save America. Even though I have great respect for Donald, I don’t think it matters who is in the White House. It is the banks and Wall Street that control our money — and ensures money control your life.

Today, the middle class has exchanged its wealth for handouts. One explanation is that handouts feel securer than self-reliance. This is a fine sentiment until one day you wake up and realize that you’re poor. It’s even more frightening when you realize the government you rely on is poor too.

If you want to be rich, the choice is clear. You must be fiercely independent. You must take your future and your money into your own hands through financial education — something the government will never hand out.

Today, your tomorrow can be better than your present. But it will take hard work, discipline, and independence, something often in short supply today.

Increasingly, which class you belong to will be a function of the choices you make on how you’ll live your life. Will you be independent? Or will you rely on government handouts?

Now, more than ever, it is imperative to stop playing by the old rules of money. The middle class is dying, and the government won’t save it. The rules have changed, and the cards are stacked.

If you want to not only survive but also thrive financially, it’s time to take matters into your own hands, to educate yourself financially, and to play by the new rules of money.