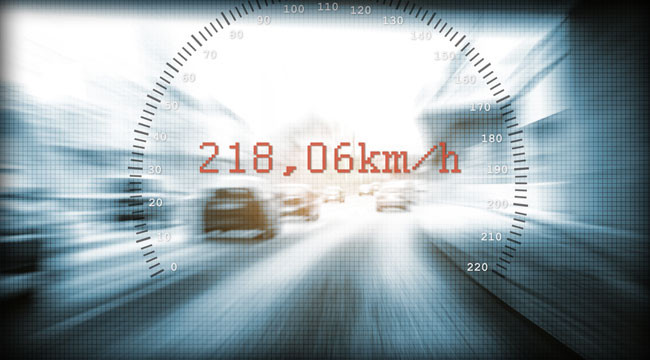 Why Obamacare's Failure Has Been Fast and Furious

Obamacare certainly has made history. It has set the record for the fastest-failing Big Government program in world history. This isn’t only about a website flop; it is about the failure of government to accomplish the aims of Obamacare in general, and in a way that has profoundly touched millions of individual lives.

“Train wreck” is a good term here. You know it is coming. You can see the maps. You can predict the timing and the damage. But there is still something stunning about seeing the spectacular explosion actually happen in real life. For students of shoddy government attempts to mimic the market, it’s been a beautiful confirmation of everything we know.

The failure of HealthCare.gov is not an accident; it is a reflection of the failure of government itself to be a productive, efficient, and useful part of the social order.

Back to the speed of the disaster. It took decades for Social Security, Medicaid, Medicare, and all the rest to enter into the unsustainable, unintended-consequences phase. It was a generation before the costs blew up and the service dwindled. Most welfare programs begin with at least the appearance of a net win.

Not this one. It took only a few days after Obamacare was released for it to enter the archetype phase into which all forms of compulsory government systems eventually collapse. Never have the rotten tomatoes flown so fast and so furiously.

The ridiculous cost overruns were, of course, there from the beginning. The website alone: $600 million. More striking has been the astonishing fact that that program designed to give more people access to health care has already resulted in the exact opposite. More people have been kicked out of their existing service than have successfully signed up for a new one. The intended beneficiaries — the uninsured — have little or no interest in it, while the already insured are more scared about the future than ever.

The American health care system has been a mess for a long time, but this much can be said about it: It has been somewhat stable. The costs have been high and rising, but not completely unaffordable. And because of the genuine market-based elements remaining in the existing system, American health care has at least been innovative with lifesaving technologies. Doctors got paid and medical services were profitable.

Suddenly, the future seems uncertain and even scary for nearly everyone. If one day you can get a letter from a provider that doubles premiums and makes them equal to the full wages of a salaried employee, there is a serious problem. Not even the worst predictions about Obamacare imagined such a thing.

All the more maddening has been the way the president himself seems hopelessly confused about the nature of the technological failure of the main delivery system. He seems to be living in the past, in which a website was nothing but a billboard or a static information provider.

That’s not the way websites are today. Websites are both portals to and extensions of the real world. They must mirror and even drive thinking and behavior of all users. And contrary to what people believe, they are not easy to build. A great website is every bit as complex as an elaborate good in the material world.

To build one requires a blithering array of decisions among trade-offs. Most people see only the user interface, but this is like paint on a car. The engine itself can be enormously complex and subject to infinite bugs. You can write code or go with existing structures. You can choose among thousands of possible languages and management systems or build your own. Database structures are a science unto themselves.

It is a challenge enough in the private sector. To build a website for something like The New York Times or Twitter is a monumental task that never ends. This is one reason that startups are better at building websites than large corporations. Large corporations have to cut through their own bureaucratic apparatus to get it done right, whereas startups are fortunate to have a clean slate from which to build code.

For government, it is far more difficult, if not impossible. Governments are not used to having customers in a traditional sense. They have consumers of their products, but their profitability does not fundamentally depend on them. The government way is to extract revenue by force and spend it according to political priorities. Profit and loss do not matter and, in fact, can’t even be calculated. That’s because government is not a wealth producer. It is a wealth consumer.

There is a reason that governments can’t build websites. A website is like the market itself. It is always in development. For a site to be useful, it must always be adapting to change. There is no final release that is also not a tombstone. Governments are horrible at this task. Governments want to freeze time and enforce compliance with the plan, users be damned. So the failure of HealthCare.gov is not an accident; it is a reflection of the failure of government itself to be a productive, efficient, and useful part of the social order.

The prospect of how Obamacare can permanently wreck the legacy of this administration is tantalizing, indeed!

What lessons can we learn here? This is about the failure of one type of socialism, but it is a different type from nationalization. Obama and his friends never attempted to end the market. They attempted to set up a market that operates like a real one, but with politically expedient results. In other words, they are attempting to “play market” while subverting crucial market institutions like fees, private property, freedom of choice, authentic competition between providers, and experimental entrepreneurship.

The idea that government could “play market” was the fallback position of post-socialist planners of the 1940s and 1950s. Austrian economist Ludwig von Mises predicted that this would never work. You can assemble the world’s smartest people, give them maximum power, throw massive resources at the problem, and still end up with what Mises called “planned chaos.” That’s the best description of the health care world since Obamacare was unleashed on the world.

Some predictions for the future of Obamacare: It will not be repealed. It will be intolerably tightened. More physicians will leave the system. More of the uninsured will choose fines over premiums. The market will continue to provide ever more options outside the system. Leaving the country for surgery and other services will become more common. Buying prescriptions from emerging markets will become mainstream.

Through fits and starts — and with many victims along the way — a market for health care will emerge, but it will be outside the official channels. Eventually, Obamacare will collapse of its own weight.

P.S. You don’t have to be Amish to live a life free from the long arm of government. But getting to that point isn’t something you can do overnight. And unless you have a plan, it might seem practically impossible to achieve. Luckily, we’ve been hard at work coming up with ways to achieve this government-free lifestyle. Solutions that you can use to make yourself invisible not only to the prying eyes of government’s surveillance programs, but also make your wealth invisible to IRS audits (legally, of course). In today’s Laissez Faire Today email edition we gave readers an inside look at what we’ve been working on. If you didn’t see it, don’t worry, we’ll be sharing it again soon. Just sign up for Laissez Faire Today, for FREE, right here and be sure to get it the next time around. The next issue is just a few hours away.