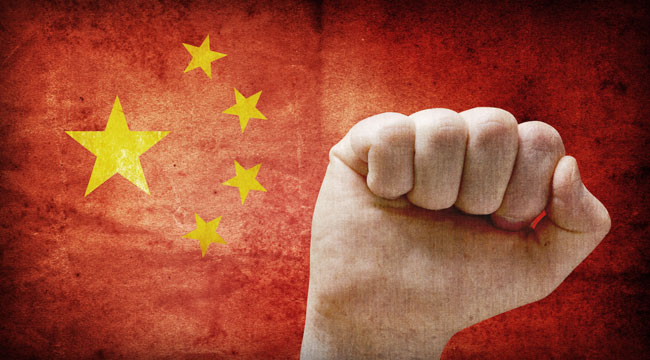 Why Democracy Isn't All It's Cracked Up to Be

With Ebola wrapping our mind in knots, we let the protests in Hong Kong go completely unmentioned… 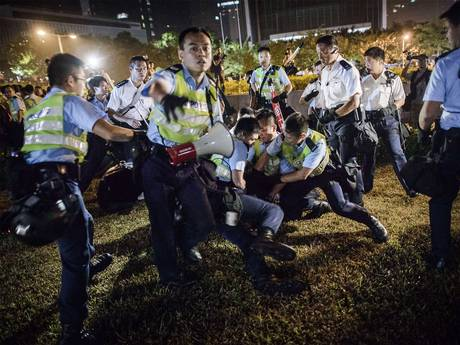 At its peak, as many as 200,000 Hong Kong demonstrators hit the streets.

What do they want?

“We are not seeking revolution,” 17-year-old Joshua Wong told reporters.

“We just want democracy. We hope there will be no violence. It would be unfortunate if this movement ended in bloodshed and violence.”

What many are dubbing the “Umbrella Revolution” — named after the defense used against pepper spray — has, as of this week, turned violent.

Hundreds of police officers, armed with batons, pepper spray and shields, moved in to disassemble a chunk of the barricades and tents.

In the commotion, many protesters witnessed plain-clothes police officers using excessive force against many demonstrators — some whose hands were bound behind their back.

In one instance, protesters filmed several officers as they carried one of their fellow demonstrators to a hidden street corner and beat him senseless.

Pro-democracy protests are fairly common in Hong Kong. Never have they clashed with the police like this.

But this one is unique. It’s huge. A terrifying thing for tyranny.

Of course, nobody is surprised that the Chinese government is getting involved…

Or that they’re reacting so harshly.

There is nothing in this world China’s uber-paranoid leaders love more than total control. And nothing makes them more fearful than losing even a sliver of it.

It was only two weeks ago, mind you, when Chinese security officials checked 10,000 pigeon buttholes for explosives before setting them free on National Day.

In the name of security. 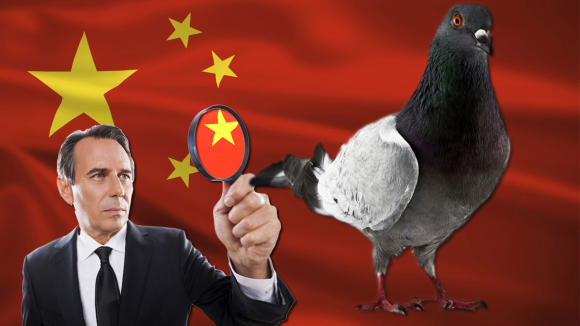 So when 200,000 protesters demand democracy in China’s lucrative bridge to the capitalist world…

“The Chinese government is, domestically, an enemy of freedom — this much is obvious,” opines Jebediah Cole on Liberty.me.

“But that doesn’t make every enemy of an enemy a friend.

“Recently many libertarians have written and posted online in support of the ongoing Hong Kong democracy protests.

“Perhaps it’s the obvious parallel with the unsuccessful Tiananmen Square democracy protests (which were undoubtedly a pro-liberty movement) that have brought out support for these protests.

“The Hong Kong protests have an entirely different substance though — because Hong Kong is already an incredibly free place, and has been so, without democracy, for decades.

“With the rule of law, including British individual legal protections, comparatively low taxes, a free business and trade environment and many social freedoms, Hong Kong is freer than most Western democracies.

“And isn’t that a little telling? Because it’s via democracy that socialist policies gained a real foothold in developed countries in the 20th century. Perhaps surprisingly, the anti-democratic Hong Kong has enjoyed laissez-faire laws — because these deliver the economic goods for the dictators in Beijing.

“In this context,” says Cole, “a democracy movement is a highly credible threat to liberty.

“Democracy is not a panacea and it is no guarantee of liberty. Which is not to say that dictatorship is a preferred method of government in general.

“But when the rebellion is merely in the name of ‘democracy’, then libertarians should be skeptical. Ultimately this movement does not seek to undermine political authority, but to move where it is exercised. Localised political hegemony will increase the chance of demagoguery and legal vote-buying through subsidies, welfare and government provided services.

“The democratic political process has created an ever growing state everywhere it has been implemented in the modern era. The time to rebel is when Beijing takes away actual freedoms, not when it withholds the right to vote.”

[This is just one opinion. Have an opinion on the Hong Kong protests? Email us at Chris@lfb.org.]

Ed. Note: Like what you see? This article is only a small part of what Laissez Faire Today members receive each day. To get full access to every word, click here to sign up for FREE.