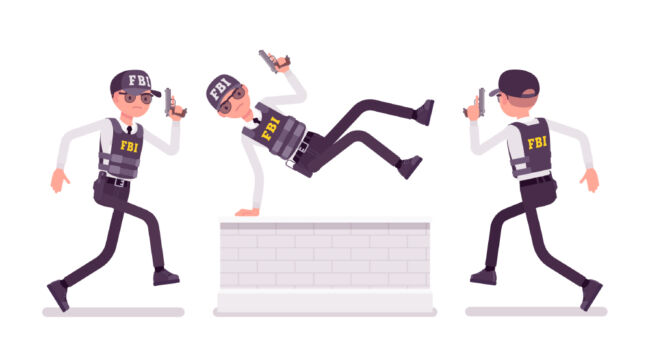 Why Did They Really Raid Trump’s Estate?

The FBI has raided Donald Trump’s home in Florida and opened a private safe, hanging around for hours looking for classified material that might or might not be there.

They were likely looking for items that Trump believed he had declassified — the president can do this with anything — but is still holding in his possession.

Top officials of the National Archives, the DOJ and the FBI believed otherwise and thus sought the search warrant. If The New York Times is correct, then this is really about state secrets. Trump wanted them public. Others inside the deep-state machinery disagreed.

The scene in Mar-a-Lago, in Palm Beach, Florida, gives rise to images from societies without law and constitutions, places where regimes are merely juntas seeking plunder and revenge. In this case, the problem is complicated by a mass administrative state apparatus that lives outside the democratic process.

“Aides to President Biden,” reports the Times, “said they were stunned by the development and learned of it from Twitter.” This is likely true. But it gives rise to the more fundamental question: Who is actually running the government?

If we didn’t before realize the extent of the multivariate crisis gathering all around us, now is the time. It’s a time for analysis and understanding. It’s also the time to make a decision concerning what we are all going to do about it.

Even those of us who are not fans of Trump — I wrote one of the first articles from 2015 warning against his ideological leanings, which later became a full book — see the deeper implications.

The betting odds favor him for the presidency in 2024. Someone somewhere wants to make this impossible. So all the forces of the administrative state — the actual rulers of this country — have coalesced around crushing him and his legacy, Soviet-like.

(What do you make of the FBI raid on Trump’s estate? Do you support it or oppose it? Please share your thoughts with us here.)

In the background of all of this is the real struggle that will define American politics for years to come. Two weeks before he left office in 2021, Trump issued an executive order that would have put a major dent in the power of the administrative state in this country, taking the first steps toward returning government to the people after a century in which it gradually slipped away.

In some people’s view, this is intolerable.

Trump, for all his failings, among which was green-lighting the lockdowns that started this social and economic crisis, has become over time a symbol of resistance. The raiding of his private home sends a message about who is in charge. It’s a warning for everyone. An intimidation tactic.

We are used to this but we should not become so.

Biden has once again declared a national emergency in the name of virus control. Such a declaration effectively enshrines the permanent bureaucracy to rule the country at all levels in whatever ways they desire, at least until courts stop them. The extension of the declaration hardly made the news.

Have we forgotten what normalcy is? It was only three years ago. Yes, there were political arguments and enormous problems but it still felt like a nation of laws with a government subject to the people.

Already, there was something in the air in mid-March 2020, something that suggested that everything was changed. Governments all over the world dared to do the unthinkable, partly under the influence that it happened in the U.S., and under a Republican administration.

Countless millions found themselves locked in their homes. The churches were forcibly closed. Businesses and schools too.

You know the story. It was not only a sweeping use of state power without precedent. It foreshadowed dark times ahead. Here we are 2½ years later and the state is on the march in ways we never imagined possible three years ago. The raiding of Trump’s home is but a sign and symbol: None of our homes is safe.

And they haven’t been for years now. Can we reclaim our liberty?