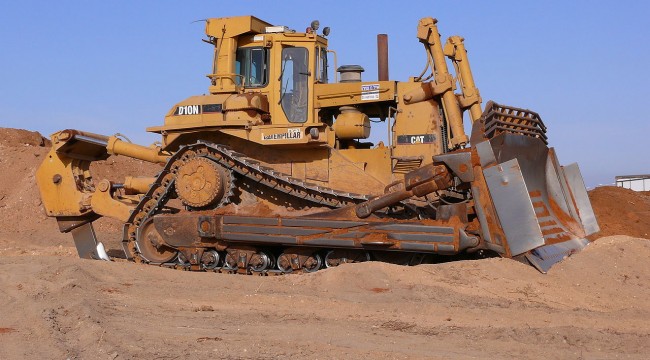 MELBOURNE — Will the ongoing crash in commodity prices be enough to force the Reserve Bank into an ‘emergency’ rate cut today?

I don’t think so, but the prospect of another rate cut in Australia is much closer than most people think.

Yesterday, manufacturing data out of China hit a two year low. And overnight, a reading of US manufacturing came in weaker than expected.

This wasn’t great news for the commodities sector. Copper and gold lost about 0.5%. Brent crude fell a massive 5% and is now holding just above its January 2015 low point.

The commodity rout is now a bloodbath. As the Financial Times reports:

The commodity rout is now officially as bad as during the financial crisis. The Thomson Reuters Core Commodity Index, the broadest and longest running basket of tradeable oil, grains, and metals, just fell to a level last seen in February 2009.

The drop in the index comes as Brent crude oil has dropped back below $50 a barrel for the first time since January and as copper and aluminium prices fall to a six-year low.

By the end of the day’s trading, the index closed below the 2009 low. The commodities boom is well and truly over folks.

Keep in mind though that this is a US dollar denominated index. The situation is not quite as bad when you look at things through the lens of a weaker Aussie dollar, as you can see in the chart below:

In Aussie dollar terms, commodities hit a low point back in 2012. Falling coal and iron ore prices (not reflected in the above chart) led the RBA to aggressively slash interest rates throughout 2012.

Commodity prices rebounded strongly into 2014 thanks in part to a depreciating Aussie dollar. Then came the oil price rout, which sent the index back down to test to June 2012 lows.

So far the lows are holding, but the chart certainly doesn’t look healthy. If you were to include the economically important coal and iron ore prices into the above chart, then Australia would indeed be looking at the worst commodity price levels seen in many years.

So does this mean the RBA will pull out a surprise cut today? As I said, I don’t think so, but one is coming sooner rather than later.

Bank boss Glenn Stevens may want to wait another month or two to see whether attempts to cool the housing bubble have had any effect. Interest rates on investor loans have increased across the board, but so far it’s had little effect.

The Financial Review reports today that the Cromwell Property Trust [ASX:CMW] has had an offer from a Korean asset management fund for its Cromwell Box Hill Trust. The trust owns an Australian Tax Office building currently under construction in Box Hill in Melbourne.

As the Financial Review reported at the time:

The more than 30 per cent slide by the Australian dollar and the record low interest rate environment helped drive up the price but also made it more compelling for offshore investors transacting in US dollars.

In short, capital continues to flow into Australia, buying up prime assets. How are lower interest rates going to help? They won’t. All they will do is encourage more speculation in residential property and more consumption on the back of speculative gains.

To finance this borrowing and consumption binge, we need foreign capital, and we’re getting it by selling off our best assets.

The more assets we sell, the more future income generated by those assets flows offshore. This will show up in the years ahead via a continually growing current account deficit.

The only potential silver lining is that you could make an argument that Chinese buyers are not particularly astute. Over the past few years, Chinese investors haven’t covered themselves in glory.

There was a lot of buying of commodities near the top of the cycle in 2011, there was the Chinese property bubble, a gold buying spree as prices run up in 2011, and more recently capital chasing speculative returns in the Chinese stock market.

In short, Chinese capital loves momentum, which is why you’re now seeing big investments in Aussie property. Could the recent record investment from CIC signify another market peak?

Not if rates and the dollar keep falling. Australia’s broken economic model still has some life in it yet.

Getting back to commodities, is it time to buy with prices hitting multi-year lows?

While the typical contrarian response would be a ‘yes’, I would say no. Why try and pick the bottom? Why not wait for signs that the downtrend has finally run its course before loading up?

Let’s use BHP as an example. This is how I go about picking stocks picks (or avoiding them) in my Sound Money. Sound Investments newsletter.

The chart below shows the two-year performance of BHP. I recommended BHP as a ‘short sell’ in September last year. That means you make money on the trade when the price falls.

I knew BHP would suffer from falling iron ore prices and at the time the oil price had started to fall sharply too. More importantly though, the stock price had just made a new low and was entering a downward trend.

The combination of negative fundamentals and a charting outlook that confirmed the negative view was enough for me to tell subscribers to sell.

Now, as you can see by the downward sloping green arrow, the downtrend is well established. While BHP may be attempting to bottom right now, the path of least resistance is unequivocally down.

The odds favour this downtrend continuing and I wouldn’t be surprised to see BHP break through support at $25 and make new lows in the weeks or months ahead.

I’ve discovered from painful experience that buying in the face of a downtrend is like swimming against a current. It’s tough work and there is a low probability of success.

You’re far better off to wait for the downtrend to exhaust itself and for a new turnaround to emerge before getting involved.

So if you’re tempted to buy commodities at this point, go jump in a river and try swimming upstream. Then, lay on your back and let the current take you. How much easier is that?

If you’re interested in investing using this approach of blending fundamental and technical analysis, click here. As you’ll see, it works.