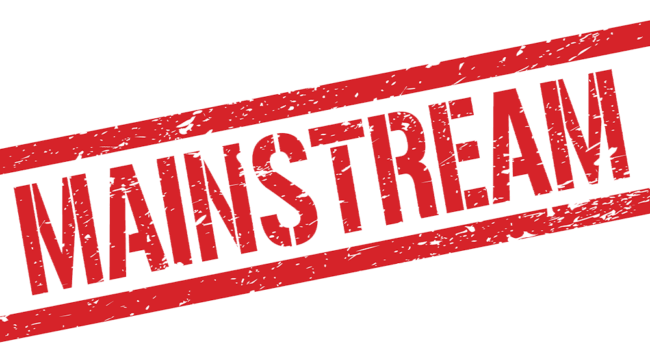 Gold has taken a hit this year, no doubt about it. Since peaking over $1,950 in early January, the price of gold has fallen to $1,725 today.

But not all is doom and gloom. Some perspective is needed. If we go back to the beginning of the current bull market on December 16, 2015 (when gold bottomed at $1,050 per ounce), gold is up over 60% even at today’s beaten-down price.

That bottom occurred on the exact day that the Fed started their “lift-off” in interest rates after seven years stuck at zero. I urged investors to buy gold then. Those who listened are still sitting on huge gains even after the latest drawdown.

Savvy investors know the dollar price of gold is volatile. They keep their eye on the long-term trends and long-term drivers of the gold price. Sophisticated investors don’t sweat the dips. They see the occasional drawdowns as a great entry point and buying opportunity. So do I.

We’ve been here before.

After every one of these falls, gold rallied back and maintained a trend line of higher highs, finally reaching the $2,000 per ounce threshold in August 2020.

The important questions for gold investors are: Is this just a dip or the start of a new bear market?

And, what’s been driving the dip; when can we expect a turnaround? We address both questions by looking at the mainstream scenario and explaining why it’s wrong and how the turnaround will emerge.

Here’s the mainstream scenario: The U.S. and global economies are making a strong comeback from the pandemic. China is growing quickly, U.S. unemployment is dropping, the virus is fading and the lockdowns are ending. This would be a recipe for strong growth and higher interest rates by itself.

Now, Congress and the White House have passed a $1.9 trillion COVID relief bill, which has little to do with COVID and everything to do with spending for favored interests, including teachers, municipal workers, federal workers, and community organizers. It also provides money for programs such as the Kennedy Center, the National Endowment for the Arts, etc.

If you compare the rate hikes to the decline in gold prices, there is a high degree of correlation. As rates go up, gold goes down. It’s that simple.

More deficit spending stokes the flames of inflation expectations, which leads to higher rates and lower gold prices. When those fundamental trends are combined with leverage, algo-trading, and momentum, it’s like throwing gasoline on an open flame.

Gold investors have been getting burned.

What’s flawed in this scenario? The short answer: everything.

You can’t argue with the facts – rates are going up, and gold is going down. But, the assumptions behind these trends are flawed. That means the trends will inevitably reverse, probably sharply.

The point is that the note market does back up from time-to-time. And when it does, it cannot hold the prior rate highs and eventually sinks to new rate lows.

If we apply that pattern to the current rise in rates, we should expect that the rate increase will top out well short of 2.5%, and a new low may follow as low as 0.25% or even zero. There’s no guarantee of this; it’s not deterministic. But, it would be consistent with the 10-year trend of lowering rates.

Still, there’s more going on. The economy is not nearly as strong as the headlines and Wall Street cheerleaders would have you believe.

Unemployment rates are coming down not because of strong job creation, but because able-bodied, prime-age workers are dropping out of the workforce. The decline in the labor force participation rate is behind the lower unemployment rate because the drop-out workers are not counted as “unemployed.”

If they were, the real unemployment rate would be about 11%, a rate associated with depressions.

Retail sales are being pumped-up by Treasury checks handed out by Congress. What happens when those checks stop?

Real estate losses are being held down by rent moratoriums and anti-eviction decrees. What happens when the rent is finally due?

Student loan defaults are on hold because a grace period on repayment has been extended. What happens when the grace period is over?

The real story is that the economy is weak, but the weakness is being papered-over by handouts, grace periods and repayment standstills. When those handouts stop, growth will slow sharply, and deflation or disinflation will reappear.

Higher interest rates are anticipating inflation, but the inflation is a mirage. Gas at the pump and housing prices are going up. Almost everything else from tuition to healthcare to clothing is going down.

What comes next? The realization that we’re not re-inflating will take time to sink in. It will emerge from the data over the next six months.

Congress will halt multi-trillion deficit spending packages, despite the wishful thinking of Democrats that the country is ready for another trillion-dollar package. By mid-to-late 2021, the music will stop, the economy will slow, interest rates will resume their long-term downtrend and gold prices will soar.

What if I’m wrong? That would be good news for gold also.

The worst situation for gold is the one we have now where rates are going up, but there’s no actual inflation. If I’m right about inflation, then rates will come back down, and gold will rally.

But, if inflation actually does appear, guess what? Gold will go up because it always does in inflation.