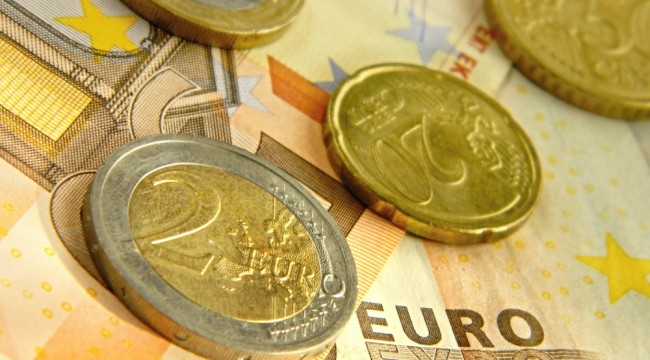 What the Ice Cream Scooper Told Me in Venice

I’m blessed to be able to travel to Europe once or twice a year. I use the trips as an opportunity to see how the economies are faring over there. And I can tell you this first-hand: the economic situation in Europe is much worse than what we’re hearing from the mainstream media in the U.S. economy.

Here’s just one small story that paints the picture…

A couple of weeks back, while in Venice for four days, I walked into my favorite ice cream store for my daily fix of Italian ice cream. I’m chatty wherever I travel, as I want to get the locals talking so I learn what’s going on.

After engaging the store’s only employee in conversation (I’m fluent in Italian), the young man, who was between 25 and 30 years old and educated, told me how happy he was to have his job as an ice cream scooper at this particular location of a well-known chain of Italian ice cream stores. “Jobs in Italy are very hard to come by,” he told me.

But what he said next really got me thinking …

The ice cream scooper said he travels 65 kilometers (that’s about 40 miles) each way to and from work each day. He takes the train. Total travel time is four hours a day; two hours in the morning to get to work, and two hours at night to get home from work. Yes, four hours a day to travel to a job scooping ice cream for tourists.

When I asked him about getting a job closer to the town he lives in, he says there are no jobs to be had. When I ask him about moving closer to his job to cut down on the commute, he says he can’t afford the higher rent.

The discussion had an impact on me. If you are a long-time reader of this column, you have read how I believe the U.S. is headed for the same fate as most eurozone countries: there is no middle class, only the very poor and the very rich.

And it’s already happening in the U.S. economy…

Hence, is it any wonder the number of Americans using food stamps remains staggeringly high in the U.S. economy? As of August of this year, there were 47.6 million individuals or 22.9 million households in the U.S. economy using some form of food stamps. (Source: U.S. Department of Agriculture, November 8, 2013.)

The U.S. government and the Federal Reserve have exercised extraordinary measures to spur economic growth in the U.S. economy. The government has spent an enormous amount of money. In the fiscal year 2013, the U.S. budget deficit was $680 billion, and our national debt has skyrocketed to $17.0 trillion. The Federal Reserve continues to print trillions of dollars in new money monthly and has kept interest rates artificially low for years. But these measures have not curtailed the trend of lower after-inflation incomes and rising poverty in this country.

Given what’s going on in America…given an economy that is much weaker than what the media tell us…I personally believe the Federal Reserve will not be able to pull back on money printing for months, if not years. The U.S. economy is falling into Europe’s footsteps. Rome, too, thought that it could help its citizens by printing more and more coins and paper money not backed by anything of substance. It led to the fall of the Roman Empire. Sadly, “America the Great” is following in the same steps.

Ed. Note: Empires can take a long time to fall. In the mean time individuals have to protect their investments from government busybodies. Readers of The Daily Reckoning email edition get a ton of hints and tips on the best strategies to protect your savings from government mismanagement. Click here now to subscribe.

Michael has authored and published over one thousand articles on investment and money management. Michael became an active investor in real estate, art, precious metals and various businesses. Readers of the daily Profit Confidential e-letter are offered the benefit of the expertise Michael has gained in these sectors. Michael believes in successful stock picking as an important wealth accumulation tool. Married with two children, Michael received his Chartered Financial Planner designation from the Financial Planners Standards Council of Canada and his MBA from the Graduate Business School, Heriot-Watt University, Edinburgh, Scotland.