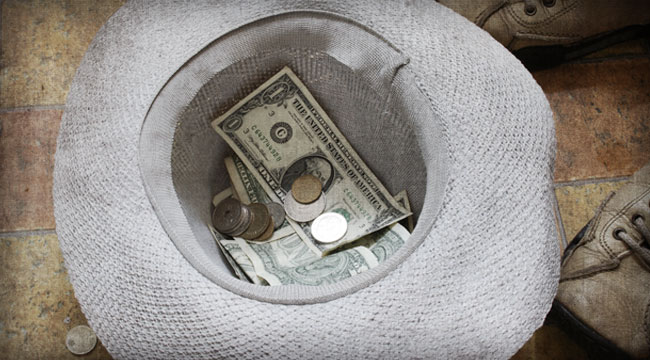 What Politicians Don't Understand About Bailouts

Recently, I testified before the House Oversight committee on the “risk corridors” in the (Obamacare) exchanges. Republicans claim that this is a device to bail out the insurance companies. Democrats, in the unusual position of defending the insurance companies, actually claimed that the government was going to make a “profit” because of it.

I was in the uncomfortable position of not agreeing completely with either side.

The Affordable Care Act creates a new health insurance marketplace (the exchange). But because of the great uncertainty about what buyers will enter the market and who will buy what product, the law creates three vehicles to reduce insurance-company risk.

Risk adjustment, a permanent feature of the exchange, redistributes money among the participating insurers, depending on the health status of the enrollees. That is, plans with healthier enrollees are “taxed” and plans with sicker enrollees are “subsidized.” Reinsurance allows insurers to hedge against the possibility of enrolling a very high-cost patient. This program lasts for only three years, and the funds come from an assessment on all non-grandfathered health insurance sold in the country.

These two programs are both deficit neutral, in the sense that outflows equal inflows. See the explanations by Greg Scandlen and John R. Graham and the summary chart below.

The third vehicle is the risk corridor, which basically redistributes funds from profitable insurers to unprofitable ones. Unlike the first two vehicles, however, this adjustment is not revenue neutral. If the entire market turns out to be unprofitable, the federal government steps in to subsidize some of the losses.

In fact, there is potentially an unlimited taxpayer liability here — at least for the next three years.

By the way, did you know that there is a similar risk corridor in the Medicare Part D program — one that was never sunset? And because insurers are overall profitable in that market, the federal government actually is making an annual profit from the Part D risk corridor. In essence, seniors are overpaying for drugs and the federal government is pocketing the overpayments. (We’ll save this scandal for another day.)

Insurers in the exchanges are subsidized for their losses in the following way. If medical costs for a plan are in excess of 103% of its target costs, the plan will receive a subsidy equal to 50% of its losses between 103-108% of target. For costs above 108% of target, the plan’s subsidy will recoup 80% of the losses. The converse is that the insurers are taxed on their unexpected gains. Further, the tax thresholds are the mirror image of the subsidy thresholds. So there is a 50% tax on the gains for plans with costs below 103% and 108% of target costs, etc. (See the chart below.)

There are a number of reasons why the individual market could become a sicker, more costly pool for insurers. To the degree that happens, they must raise their premiums. But higher premiums discourage the healthy and the marginally sick from buying. As more of those decline coverage, the premium must be raised again. We could get a “death spiral,” in which the premiums go so high no one can afford then. Or, the premiums can be kept low by a steady stream of subsidies from the taxpayers.

Here is one problem: the federal (Obamacare) risk pools will soon close their doors and send their enrollees to the state exchanges. This is the program that allows people who were “uninsurable” to purchase insurance for the same premium healthy people pay. All of the state risk pools are planning to do the same.

These risk pools were spending billions of dollars subsidizing insurance for high cost patients. Now those subsidies will have to be implicitly borne by the private sector plans through higher premiums charged to everyone else.

To make matters worse, cities and towns across the country with unfunded health care commitments are readying to dump their retirees on the exchanges, nationalizing the costs. Since retirees are above-average age, they have above-average expected costs. The city of Detroit, for example, is planning to unload the costs of 10,000 retirees on the Michigan exchange. Many private employers face the same temptation.

Then there are the “job-lock” employees — people who are working only to get health insurance because they are uninsurable in the individual market. Under Obamacare, their incentive will be to quit their jobs and head to the exchange.

To add to this burden, the Obama administration has decided hospitals, AIDS clinics, and other providers will be able to enroll uninsured patients in the exchange and pay premiums for them in order to get private insurance to pay the bills.

Bottom line: a lot of high-cost patients are about to enroll through the exchanges, causing overall costs for participating plans to be much higher.

After one month, there are signs that insurers got their pricing significantly wrong. Because it is so hard to enroll in the Obamacare exchanges, only the most persistent (that is, those who expect the highest medical claims) spent hours navigating the website to sign up.

According to an Health and Human Services report, of those who selected plans from October through December, only one quarter are between the ages of 18 and 34, while one third are between 55 and 64; 55% are between the ages of 45 and 54. Priority Health, a Michigan insurer, reported that the average age of new applicants is 51, versus 41 in the previous individual market.

It certainly looks like the adventure will be very expensive. By 2015, the insurers will likely ask the federal government for risk corridor subsidies. The administration has no flexibility in this regard. It would be a mistake to blame the insurance industry, however. It would be unreasonable to expect them to lose money on Obamacare.

Another witness, Washington and Lee Law School professor Tim Jost, argued that the existence of the risk corridors lowered risk and therefore premiums in the exchange. Lower premiums, in turn, mean less spending on the tax credits that subsidize insurance in the exchanges. But see also the rebuttal testimony by former Bush administration official Doug Badger.

However, the CBO’s estimates were not based on any recent data on who is enrolling. It seems most improbable based on what we know so far that the corridors are going to prove profitable for taxpayers.

The Republicans are calling the risk corridors a potential bailout of the insurance companies. However, the industry problems are not problems of their own choosing. And it appears things could get worse because of additional extra-legal decisions of the Obama administration, including the most recent potential decision to delay insurance cancellations for another three years.

Extending the Obamacare exemption could forestall a new wave of policy cancellations just before the 2014 midterm elections. But, like other politically motivated delays and exemptions, such a move could undermine the exchange’s fragile finances.

Aetna said Thursday that it expects to lose money on Obamacare exchange plans. Earlier in the week Humana (HUM) blamed the president’s 11th-hour “keep your plan” switch for making its exchange plan enrollment older than expected.

Americans who pay less under their old plans than via Obamacare presumably are in better health, while the exchanges get the older, sicker patients who will save money. An older, sicker risk pool will mean higher costs for insurers.

Wharton school health economist Mark Pauly and his colleagues have studied the individual market in great detail and discovered that despite so much negative rhetoric in the public policy arena this is a market that worked and worked reasonably well. Despite President Obama’s repeated reference to insurance plans that cancel your coverage after you get sick, this practice has been illegal for almost 20 years and in most states it was illegal long before that.

So we started with a market that was working and working well for 96-99% of those who entered it and we have completely destroyed that market — ostensibly to help the few people for whom it did not work. We suspect that after the next election members of both parties will want a major return to normalcy. How can that work?

There is a principle that must never be violated. An insurance pool should never be allowed to dump its high cost patients on another pool.

Suppose an individual has been paying premiums to insurer A for many years; then he gets sick and transfers to insurer B. Is it fair to let A put all those premium checks in the bank and force B to pay all the medical bills? Of course not. But even more important, if we do that we will create all of the perverse incentives discussed above — plus many more we might have added had time permitted.

The alternative is something we call “health status insurance.” In the above example, the individual would continue paying the same premium to B that he paid to A, and B would pay an additional amount to bring the total premium up to a level that equaled the expected cost of the individual’s medical care.

Compare this idea to the Medicare Advantage market. Enrollees all pay the same premiums, but when a senior enters an MA plan, Medicare makes an additional payment to make the total amount paid reflect the true expected cost the senior brings to the plan. Because of this system, MA plans do not run away from the sick. In fact, there are special needs plans that specialize in attracting enrollees with high costs (about $60,000 per person on average).

Risk adjustment in Medicare does not work perfectly, however, and because the government runs the procedure, political pressures often interfere. So we recommend risk adjustment within the market rather than by an external government bureau. On this approach, insurer A and insurer B would have to agree among themselves on an appropriate transfer price. Only if they could not agree would the problem be left to an insurance commissioner to resolve.

Ed. Note: The Affordable Care Act is already hurting thousands of Americans. Americans this law was supposed to help. Ugh… The good news is, you don’t have to be one of them. Sign up for the FREE Laissez Faire Today email edition, right here, to discover how you can “opt-out” of Obamacare.