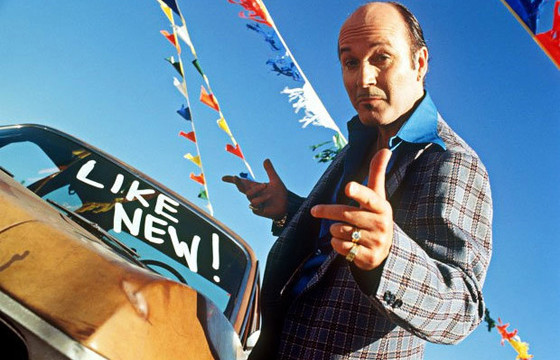 Last night I attended a private function put on by the National Economists Club where the guest of honor was none other than Ben Bernanke. You can read his full speech to the attendees here.

Meanwhile, I’m still trying to figure out how a guy with my views was even allowed in the room.

But since I was already scheduled to be in the US this week to speak at a conference in Miami, I jumped at the chance to enjoy Bistro Filet and economic doublethink.

I’ve always wanted to find out for myself– does this man actually believe that printing money is the path to prosperity?

As it turns out, he does believe it.

At one point during the evening, when pressed about whether his Quantitative Easing program was good for Wall Street at the expense of Main Street, he flat out denied it, saying that such a premise is “simply not true”.

He defended his printing $85 billion per month, suggesting that fixing interest rates at zero is beneficial for society because, among other things, it allows people to ‘buy cars’.

I saw these words coming out of his mouth and thought to myself, “Is this guy f’ing serious?” Cars. Wow. As if going into debt to purchase a rapidly depreciating consumer item is somehow a victory for the people.

Fixing interest rates at zero screws responsible people who save.

My mother, for example, is completely risk averse. She holds the entirety of her savings in a bank account, and nobody can convince her otherwise.

What she doesn’t realize is that the interest rate she receives is below the rate of inflation. So year after year, the purchasing power of her savings declines.

This point seemed completely lost on the Chairman.

He also dismissed the Fed’s role in the growing wealth gap here in the Land of the Free.

As we’ve discussed before, recently published data show that the US wealth gap is at its highest point since 1929.

For this, the chairman blames trade globalization, saying that the wealth gap is a ‘complicated phenomenon’.

He also stated flat out that there’s ‘not much the Federal Reserve can do about long-term trends like [the wealth gap] that don’t have much to do with monetary policy.’

Right. Keeping interest rates at zero so that bankers and the ultra-wealthy can see their portfolios rise to record levels while the middle class gets hosed by rising costs of medical care, education, food, and fuel has nothing to do with monetary policy.

This may have been the most intellectually disingenuous thing I heard all night.

Mr. Bernanke also made it quite clear that they were going to keep printing no matter what.

In his own words, he told the story about how they had tried issuing forward guidance… first suggesting that Quantitative Easing would last through 2013. Then they changed it to 2014. Then 2015.

Finally they changed the target altogether, announcing that they had set a threshold for the unemployment rate of 6.5%… but that this figure was just a ‘threshold’, not a ‘trigger’.

In other words, even if the official unemployment rate moves below 6.5%, the Fed isn’t going to end QE. They will at that point START to look at other data, like the Labor Force Participation Rate (which is at its worst level since 1978).

He also hinted that their unemployment threshold was not set in stone… which I took as a sign that they would probably lower this threshold even more, paving the way for several more years of printing.

And even if they do let up on Quantitative Easing, he stated very plainly that the Fed would still likely keep its target interest rate at zero.

Bottom line, it’s not going to end… at least, not voluntarily. It’s going to take a full-blown currency crisis before the Fed gets a whiff of reality.

Note: This originally appeared on Zerohedge.

Ed. Note: With the appointment of Janet Yellen as the next Fed Head, the war on savers is not likely to end anytime soon — at least not in the U.S. So what do you do with your money? Readers of The Daily Reckoning email edition get a ton of hints and tips on the best strategies to protect your savings from government mismanagement. Click here now to subscribe.