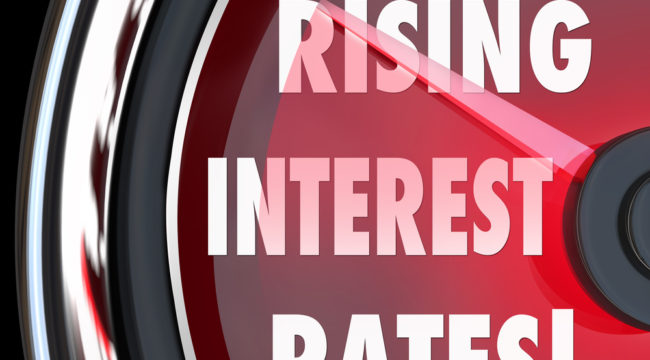 Auntie Janet pulled it off this week… a 0.25% rate hike this Wednesday.

But the markets saw no evil… and heard no evil. The Dow ripped over 100 points Wednesday alone. It slipped about 20 yesterday. But that’s just noise.

Yet Goldman’s chief economist, Jan Hatzius, said something yesterday we just can’t shake out of our hair…

He says the market completely misinterpreted Yellen’s hike. It wasn’t supposed to be the “dovish surprise” the market took it as.

Someone asked if Hatzius thought that was Yellen’s plan. “No, almost certainly not,” came the reply. More:

So Yellen held up a stop sign but the markets busted right through it, giving her a good old razzing as they raced on by.

And to prove it, Goldman’s Financial Conditions Index, “eased sharply, by the equivalent of almost one full cut in the federal funds rate.”

The hike was nothing but a costumed rate cut, according to this view.

But Hatzius thinks that means old Janet will be laying down the law next time:

“The [Fed] will lean against this and will deliver more monetary tightening than discounted in the bond market.”

Maybe he’s right. A lady needs respect after all.

“The Atlanta Fed has slashed its projected first-quarter GDP growth from 1.8% to 1.3%. That same Atlanta Fed guessed 2.5% just two weeks ago. What will it be two weeks hence?”

And just what will it be two weeks from now?

It could be the weakest quarter of economic growth with a rate hike since 1980… when Paul Volcker was busy raising rates to 20%.

Meanwhile, the University of Michigan’s Richard Curtin notes that “real people’s” medium-term inflation expectations have also collapsed to their lowest level since 1980.

Inflation expectations over the next five years now weigh in at annual rate of 2.2%, according to Curtin. That’s down from 2.5% last month… and 2.3% in December.

What about all that inflation-stoking stimulus?

Meanwhile, the stock market just keeps on whistling by, footloose, fancy-free. But gandering all the other sour data coming in, we just wonder if it’s whistling past the graveyard…